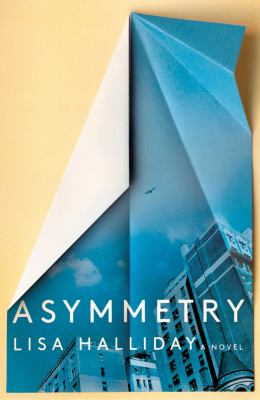 The new additions to Wellington City Libraries general fiction collection has a breadth and depth spanning genres, authors and due to some classic reprints, time as well.  New writers have hit the ground running with popular titles such as Bearskin from James McLaughlin and the lauded Asymmetry from Lisa Halliday. The confident voice of Caitlin Moran explores youthful exuberance and gender justice in a very 90’s How To Be Famous.

Translated tales feature Finnish author Philip Teir, Sjón from Iceland with the new title CoDex 1962, and The Penguin Book of Japanese Short Stories showcases a variety of authors including work from Banana Yoshimoto and Yuko Tsushima. Te Whanga-nui-a-Tara/Wellington author Isa Pearl Ritchie’s family novel brings contemporary issues and familiar locations to life. Thrillers, human drama in the inter-war period and a quirky look at humans beholden to a hibernation pattern round out the selection from this month.

Bearskin / McLaughlin, James A
“Bearskin is visceral, raw, and compelling-filled with sights, smells, and sounds truly observed. James McLaughlin expertly brings the beauty and danger of Appalachia to life. The result is an elemental, slow burn of a novel–one that will haunt you long after you turn the final page.
Rice Moore is just beginning to think his troubles are behind him. He’s found a job protecting a remote forest preserve in Virginian Appalachia where his main responsibilities include tracking wildlife and refurbishing cabins. But when Rice finds the carcass of a bear killed on the grounds, the quiet solitude he’s so desperately sought is suddenly at risk. More bears are killed on the preserve and Rice’s obsession with catching the poachers escalates.” (Catalogue)

Asymmetry / Halliday, Lisa
“Told in three distinct and uniquely compelling sections, Asymmetry explores the imbalances that spark and sustain many of our most dramatic human relations: inequities in age, power, talent, wealth, fame, geography, and justice. A stunning debut from a rising literary star, Asymmetry is an urgent, important, and truly original work that will captivate any reader while also posing arresting questions about the very nature of fiction itself. A debut novel about love, luck, and the inextricability of life and art.”(Catalogue)

All the lives we never lived / Roy, Anuradha
““In my childhood, I was known as the boy whose mother had run off with an Englishman.”  What took Myshkin’s mother from India to Dutch-held Bali in the 1930s, ripping a knife through his comfortingly familiar environment? Excavating the roots of the world in which he was abandoned, Myshkin comes to understand the connections between anguish at home and a war-torn universe overtaken by patriotism. Anuradha Roy’s enthralling novel is a powerful parable for our times, telling the story of men and women trapped in a dangerous era uncannily similar to the present. Impassioned, elegiac, and gripping, it brims with the same genius that has brought Roy’s earlier fiction international renown.” (Catalogue)

How to be famous / Moran, Caitlin
“I’m Johanna Morrigan, and I live in London in 1995, at the epicentre of Britpop. I might only be nineteen, but I’m wise enough to know that everyone around me is handling fame very, very badly. My unrequited love, John Kite, has scored an unexpected Number One album, then exploded into a Booze And Drugs Hell™️ – as rockstars do. And my new best friend – the maverick feminist Suzanne Banks, of The Branks – has amazing hair, but writer’s block and a rampant pill problem. So I’ve decided I should become a Fame Doctor. I’m going to use my new monthly column for The Face to write about every ridiculous, surreal, amazing aspect of a million people knowing your name.” (Catalogue)

The summer house / Teir, Philip
“The light greenery of the early summer is trembling around Erik and Julia as they shove their children into the car and start the drive towards the house by the sea on the west coast of Finland where they will spend the summer. The arrival of Julia’s childhood friend Marika – along with her charismatic husband Chris, the leader of a group of environmental activists that have given up hope for planet Earth… deepens the hairline cracks that had so far remained invisible. Around these people, over the course of one summer, Philip Teir weaves a finely-tuned story about life choices and lies, about childhood and adulthood. How do we live if we know that the world is about to end?” (Adapted from Catalogue)

CoDex 1962 / Sjón
“Taking refuge in a small-town as a Jewish fugitive in WWII, Leo discovers a young woman who nurses him back to health. Together they shape a piece of clay into a baby. Leo escapes to Iceland with the clay boy in a hatbox only to become embroiled in a murder mystery. It is not until 1962 that Jósef can be born. In modern-day ReykjavÍk, a middle-aged Jósef attracts the interest of a geneticist. Now what lies behind Josef’s tale emerges.” (Catalogue)

The Penguin book of Japanese short stories
“This fantastically varied and exciting collection celebrates the art of the Japanese short story, from its origins in the nineteenth century to the remarkable practitioners writing today. Authors like Tanizaki, Akutagawa, Murakami, Mishima, Kawabata, and Yoshimoto, as well as many surprising new finds. From Yuko Tsushima’s ‘Flames’ to Banana Yoshimoto’s ‘Bee Honey.’ Edited by acclaimed translator Jay Rubin, who has himself freshly translated some of the stories, and with an introduction by Haruki Murakami, this book is a revelation.” (Adapted from Catalogue)

Fishing for Māui / Ritchie, Isa Pearl
“A novel about food, whanau, and mental illness. Valerie reads George Eliot to get to sleep just to take her mind off worries over her patients, her children, their father and the next family dinner. Elena is so obsessed with health, traditional food, her pregnancy and her blog she doesn’t notice that her partner, Malcolm the ethicist, is getting himself into a moral dilemma of his own making. Evie wants to save the world one chicken at a time. Meanwhile her boyfriend, Michael is on a quest to reconnect with his Maori heritage and discover his own identity. Rosa is eight years old and lost in her own fantasy world, but shes the only one who can tell somethings not right. Crisis has the power to bring this family together, but will it be too late?” (Catalogue)

Early riser / Fforde, Jasper
“Imagine a world where all humans must hibernate through a brutally cold winter, their bodies dangerously close to death as they enter an ultra-low metabolic state of utterly dreamless sleep. All humans, that is, apart from the Winter Consuls, a group of officers who diligently watch over the vulnerable sleeping citizens. Charlie Worthing is a novice, chosen by a highflying hero Winter Consul to accompany him to the Douzey, a remote sector in the middle of Wales, to investigate a dream which is somehow spreading amongst those in the hibernational state, causing paranoia, hallucination and a psychotic episode that can end in murder. Worthing has been trained to deal with Tricksy Nightwalkers whose consciousness has been eroded by hibernation, leaving only one or two skills and an incredible hunger; he’s been trained to stay alive through the bleakest and loneliest of winters – but he is in no way prepared for what awaits him in Sector Twelve. There are no heroes in Winter, Worthing has been told. And he’s about to find out why…” (Catalogue)

Pieces of her / Slaughter, Karin
“The electrifying new thriller from international bestseller Karin Slaughter explores the deadly secrets kept between a mother and daughter. What if the person you thought you knew best turns out to be someone you never knew at all? Andrea Cooper’s mother, Laura, is the perfect small-town mum. It turns out that before Laura was Laura, she was someone completely different. For nearly thirty years she’s been hiding from her previous identity, lying low in the hope that no one would ever find her. But now she’s been exposed, and nothing will ever be the same again.” (Catalogue)

So much life left over / De Bernières, Louis
“From the acclaimed author of Corelli’s Mandolin: a powerfully evocative and emotional novel, set in the years between the two World Wars, about a closely-knit group of British men and women struggling to cope with the world–and the selves–left to them in the wake of World War I. They were inseparable childhood friends. Some were lost to the war. The others’ lives were unimaginably upended, and now, postwar, they’ve scattered: to Ceylon and India, France and Germany (and, inevitably, back to Britain)–each of them trying to answer the question that fuels this sweeping novel: “If you have been embroiled in a war… what were you supposed to do with so much life unexpectedly left over?” (Catalogue)

The Mars room : a novel / Kushner, Rachel
“It’s 2003 and Romy Hall is at the start of two consecutive life sentences at Stanville Women’s Correctional Facility, deep in California’s Central Valley. Outside is the world from which she has been severed: the San Francisco of her youth and her young son, Jackson. Inside is a new reality: thousands of women hustling for the bare essentials needed to survive; the bluffing and pageantry and casual acts of violence by guards and prisoners alike; and the deadpan absurdities of institutional living, which Kushner evokes with great humor and precision.” (Catalogue)