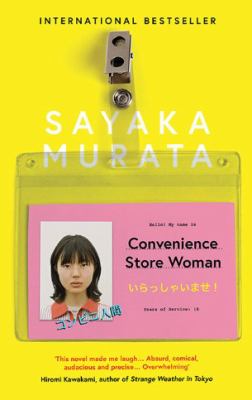 Voices from other cultures give us new windows to view the world through.  This month features a variety of contemporary fiction and a revealing translation from WWII. Anna Seghers’ The Seventh Cross written in 1942 tells the tale of concentration camp escapees and their encounters with citizens of the time.  Recently translated, this novel lends immediacy to the issues faced by those living in a totalitarian regime. Other tiles feature weird twists of imagination and how to live with, or in spite of the expectations of everyday society. Some great reads to edify and entertain through the winter evenings.

I always find you / Ajvide Lindqvist, John
“In September 1985, nineteen-year-old John Lindqvist moved into a dilapidated old building in Stockholm, planning to make his living as a magician. Something strange was going on in the locked shower room in the building’s basement–and the price of entry was just a little blood. I Always Find You is a horror story–as bizarre and macabre as any of Lindqvist’s earlier novels–but it’s also a melancholy meditation on being young and lonely, on making friends and growing up. It’s about magic, and the intensity of human connection–and the evil we carry inside.” (Catalogue)

Acts of infidelity / Andersson, Lena
“When Ester Nilsson meets the actor Olof Sten, she falls madly in love. Olof makes no secret of being married, but he and Ester nevertheless start to meet regularly and begin to conduct a strange dance of courtship. Ester, on the other hand, is convinced that things might change. To read Acts of Infidelity is to dive inside the mind of a brilliant, infuriating friend – Ester’s and Olof’s entanglements and arguments are the stuff of relationship nightmares. Cutting, often cruel, and written with razor-sharp humour, Acts of Infidelity is clever, painful, maddening, but most of all perfectly, precisely true.” (Catalogue)

Your second life begins when you realize you only have one / Giordano, Raphaëlle
“Nonfiction author Giordano makes her fiction debut with a go-find-yourself title that was a blockbuster best seller in her native France, with rights sold to 31 territories. In her late thirties and content with husband, job, and motherhood, Paris native Camille still nevertheless feels she’s missed her chance at happiness. Here’s how she finds it. A charming, feel-good, and universal story of one woman’s journey from boredom and dissatisfaction to happiness and fulfilment.” (Catalogue)

Convenience store woman / Murata, Sayaka
“Keiko isn’t normal. At school and university people find her odd, and her family worries she will never fit in. To make them happy, she takes a job at a convenience store. But in Keiko’s circle it just won’t do for an unmarried woman to spend her time stacking shelves and ordering green tea. As the pressure to find a new job – or worse, a husband – increases, Keiko is forced to take desperate action…” (Catalogue)

Woman at sea / Poulain, Catherine
“Lili is a runaway. She’s left behind a humdrum existence in France to go in search of freedom, of adventure, of life. Her search takes her to the island of Kodiak, Alaska, home to a rag-tag community of fishermen, army vets and drifters who man the island’s boats and trawlers. Despite her tiny frame, faltering English and total lack of experience, when the fishing season begins Lili lands a job on board the Rebel – one of the toughest gigs in town. Lili is tough and determined … she has nothing to lose after all, and at sea she finally finds the intensity of life she’s been looking for.” (Catalogue)

The seventh cross / Seghers, Anna
“A revelatory World War II novel about a German prisoner of war fleeing for the border and encountering a variety of Germans, good and bad and indifferent, along his way. Seven political prisoners escape from a Nazi prison camp; in response, the camp commandant has seven trees harshly pruned to resemble seven crosses: they will serve as posts to torture each recaptured prisoner, and capture, of course, is certain. Anna Seghers’s novel is not only a supremely suspenseful story of flight and pursuit but also a detailed portrait of a nation in the grip and thrall of totalitarianism. Margot Bettauer Dembo’s expert new translation makes the complete text of this great political novel available in English for the first time.” (Catalogue)

The occasional virgin / al-Shaykh, Hanan
“From a major novelist of the Arab world comes a bold, witty and highly contemporary novel about two women looking for love, set in Italy, Lebanon and London. Painting a refreshingly truthful picture of modern womanhood, The Occasional Virgin perceptively explores sexuality, Islam and cultural identity and the difficulty of finding a man who’ll call when he says he will. Frank, funny and fearless, it is the colourful, wickedly entertaining story of two unforgettable characters, and the bizarre lengths we’ll go to for love.” (Catalogue)

The last Weynfeldt / Suter, Martin
“Adrian Weynfeldt is an art expert in an international auction house, a bachelor in his mid-fifties living in a grand Zurich apartment filled with costly paintings and antiques. Always correct and well-mannered, he’s given up on love until one night — entirely out of character for him — Weynfeldt decides to take home a ravishing but unaccountable young woman. The next morning, he finds her outside on his balcony threatening to jump. Weynfeldt talks her down… As their two lives become entangled, Weynfeldt gets embroiled in an art forgery scheme that threatens to destroy everything he and his prominent family have stood for. This refined page-turner moves behind elegant bourgeois facades into darker recesses of the heart.” (adapted from Catalogue)