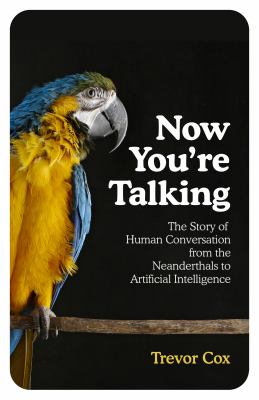 Have a browse through this month’s non-fiction picks, featuring medicine, budgeting, Marx and more!

Will big business destroy our planet? / Dauvergne, Peter
“Walmart. Coca-Cola. BP. Toyota. The world economy runs on the profits of transnational corporations. Politicians need their backing. Nonprofits rely on their philanthropy. People look to their brands for meaning. And their power continues to rise. Now, facing a mounting global environmental crisis, can big business provide the solutions? Absolutely, the CEOs are responding: big business not only has the global power, in-house guidelines for corporate social responsibility will ensure it happens, voluntarily. Really?” (Adapted from catalogue)

The pastor and the painter / Wockner, Cindy
“At 12.35 a.m. on the 29th April 2015, Andrew Chan and Myuran Sukumaran were led out in front of firing squad. Strapped to wooden crosses, they prayed and sang, staring straight ahead at their killers. On that day, the Indonesian government did not execute two drug smugglers, they executed a pastor and a painter. …This is the intimate, and untold, story of Andrew and Myuran; of their childhoods and what turned them to drugs.” (Adapted from catalogue)

The culture code : the secrets of highly successful groups / Coyle, Daniel
“In The Culture Code, Daniel Coyle, New York Times bestselling author of The Talent Code, goes inside some of the most effective organisations in the world and reveals their secrets. He not only explains what makes such groups tick, but also identifies the key factors that can generate team cohesion in any walk of life. He offers cautionary tales of toxic cultures and advises how to reform them, above all demonstrating the extraordinary achievements that result when we know how to cooperate effectively.” (Adapted from catalogue)

Shapeshifters : on medicine & human change / Francis, Gavin
“Our minds and bodies change constantly – we dream and laugh, wax and wane, distort and repair, grow taller and shrink, flourish and decay as we make our way through life. Some of these changes we have little choice about – puberty, the menopause, death – others are specific to the individual. And still others are rare, almost magical in their manifestations, such as the sun-sensitivity and facial hair that characterises Porphyria suffers and led to them, once upon a time, to be suspected as werewolves. Mixing case studies with observations about history, art, literature, myth and magic, and viewing with a humane and sensitive eye, Gavin Francis explores the various ways in which change is the very essence of being human.” (Adapted from catalogue)

You need a budget : the proven system for breaking the paycheck-to-paycheck cycle, getting out of debt, and living the life you want / Mecham, Jesse
“Experience a life free of financial stress and transform your relationship to money with this indispensable guide-the first book based on You Need A Budget’s proven method that has helped hundreds of thousands of people break the paycheck to paycheck cycle, get out of debt, and live the life they want to live.” (Adapted from catalogue)

Silent invasion : China’s influence in Australia / Hamilton, Clive
“In 2008 Clive Hamilton was at Parliament House in Canberra when the Beijing Olympic torch relay passed through. He watched in bewilderment as a small pro-Tibet protest was overrun by thousands of angry Chinese students. In 2016 it was revealed that wealthy Chinese businessmen linked to the Chinese Communist Party had become the largest donors to both major political parties. Hamilton realised something big was happening, and decided to investigate the Chinese government’s influence in Australia. What he found shocked him. From politics to culture, real estate to agriculture, universities to unions, and even in our primary schools, he uncovered compelling evidence of the Chinese Communist Party’s infiltration of Australia.” (Catalogue)

The assault on intelligence : American national security in an age of lies / Hayden, Michael V.
“In the face of a President who lobs accusations without facts, evidence, or logic, truth tellers are under attack. Meanwhile, the world order is teetering on the brink. North Korea is on the verge of having a nuclear weapon that could reach all of the United States, Russians have mastered a new form of information warfare that undercuts democracy, and the role of China in the global community remains unclear.” (Adapted from catalogue)

Now you’re talking : human conversation from the Neanderthals to artificial intelligence / Cox, Trevor J.
“If you’ve ever felt the shock of listening to a recording of your own voice, you realise how important your voice is to your personal identity. We judge others – and whether we trust them – not just by their words but by the way they talk: their intonation, their pitch, their accent. Now You’re Talking explores the full range of our voice – how we speak and how we sing; how our vocal anatomy works; what happens when things go wrong; and how technology enables us to imitate and manipulate the human voice.” (Adapted from catalogue)

What would the great economists do? : how twelve brilliant minds would solve today’s biggest problems / Yueh, Linda Y.
“Acclaimed economist and BBC broadcaster Linda Yueh profiles the great economic minds who focused on the big questions: growth, innovation, and the nature of markets. Most of them have won the Nobel Prize. All of them have had lasting impact on both the development of the discipline and how public policy has been and continues to be shaped. But Dr. Yueh goes a step further: In accessible and clear prose, she will explain the impact their respective research has on combating today’s great economic problems.” (Adapted from catalogue)

A world to win : the life and works of Karl Marx / Liedman, Sven-Eric
“The globalised world of the twenty-first century has many parallels with that of the period running up to the cataclysm of 1914, namely the world predicted by Karl Marx. Despite nearly 200 years having passed since his birth, his burning condemnation of capitalism remains of immediate interest today. The texts he left behind gave rise to what would come to be called Marxism, but that was a term he rejected. Now, more than ever before, these texts can be read for what they truly are.” (Adapted from catalogue)

The middle class : a history / James, Lawrence
“Originally published 2006. This is the story of the great powerhouse of British history – the middle class. The death of feudalism, the advancement of democracy, the spread of literacy, the coming of the industrial and sexual revolutions, the development of mass media – the middle class is never fay away, pushing for change, engaging in philanthropy, while always mindful to protect its own interests.” (Book jacket)

Square eyes : children, screen time and fun / Booker, Emily
“Troubled by what her daughter was watching, and by how this made her feel as a parent, Emily Booker set out to learn more about children and television by listening not only to scholars and experts in the field, but to children themselves. What she found was that the problem of children’s addiction to screens is actually, in part, a grown-ups’ problem. Speaking to children about what they watch and why reveals a steadily consistent response: they love to seek out programs that are ‘fun’. But their choices are often a source of anxiety for parents, and appear to provoke a need to censure and control the child’s enjoyment. At a time when children’s lives are increasingly regulated, and the pressures of parenting are felt ever more keenly, this important book teaches us much about the value of entertainment, not only for children but for adults.” (Adapted from catalogue)