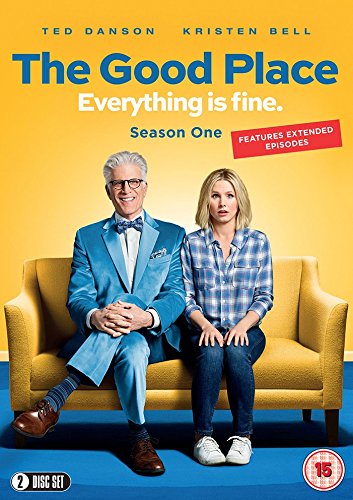 Peruse the latest selections from library staff, from superheroes to sci-fi to coming of age drama, and crime told backwards.

The shape of water.
The Shape of Water takes its initial inspiration from the 1954 B movie Creature from the Black Lagoon, but this is definitely not a cash in sequel to an old monster movie. Instead it is a cleverly constructed complex film which straddles effortlessly multiple genres including romance, cold war thriller, body horror and a straight down the line cult Guillermo Del Toro movie. It is obviously a project the director had a great deal of affection for and it looks great in a shabby downbeat Americana way, and Sally Hawkins in the lead puts in a storming performance. Arguably Guillermo Del Toro’s best movie so far and since he directed Pan’s Labyrinth that is praise of the highest order. (Neil J)

Justice League.
Move over Avengers! There’s a new team of superheroes in town. The world of DC comics and superheroes collides when a great a great evil in the form of Stepphenwolf wants to unleash hell on earth and the heroes, (Superman, Batman, Wonder Woman, The Flash, Aquaman and Cyborg), must come together – and put aside their differences to save the day. Overall a different but satisfying take on all the DC superheroes, with a well balanced mix of action, adventure, comedy and serious moments. The Flash, in particular is hilarious with his one liners, ladies will drool and fall in love with Aquaman and Superman, especially when Aquaman shows his “sensitive side” and as always the heroes saving the day “superhero” style from start to finish. (Katie)

Rellik.
‘Rellik’ (‘killer’) is a story told backwards for the first 5 episodes, with the final episode reverting to normal forward progression starting from where the first episode left off. This, understandably, makes for a confusing watch initially as it needs a fair bit of concentration, and thus the show’s reviews were somewhat polarized. It’s hard to say in the end if the backwards narrative is just a stylistic gimmick or if it really adds anything to the story which is a shame, as it is a quite good slice of gritty UK crime. The 2 leads (Jodi Balfour and Richard Dormer) are both excellent, with Dormer as Met detective, Gabriel Markham at the centre of an obsessive hunt for a serial killer who left a mark on him both physically and mentally. Worth persevering with. (Mark)

Downsizing.
Could this be a solution to the problem of overpopulation and climate change? American auteur Alexander Payne’s (Nebraska, The Descendants) new film is a futuristic fable where people can choose to be shrunk to one-fourteenth of their size and live in a miniature ‘self-sustainable’ heavenly community called ‘Leisureland’. Featuring Matt Damon as an ordinary Omaha resident who takes this experimental opportunity, it offers a unique mixture of sci-fi comedy, political satire, and a cross-cultural love story. Apparently Payne had been thinking about this project for quite some time. Although not everything worked out perfectly, it’s certainly intriguing. (Shinji)

The disaster artist.
The Disaster Artist is much like Tim Burton’s Ed Wood insofar as it is a clever, well made, superbly acted and thoroughly entertaining film about one of the worst films ever made – Tommy Wiseau’s The Room has been dubbed the Citizen Kane of bad movies and since its release in 2003 has gained a fanatical cult following who like to dress up, shout out lines from the film and have a liking for throwing plastic cutlery. The original film was supposedly meant as a serious movie but the outright strange storytelling and truly bizarre acting have lead it to being regarded retrospectively by the director as a black comedy. The Disaster Artist is about the making of the film and the dreams, friendships and dramas surrounding its creation. The Disaster Artist is fine movie about a terrible movie. Just don’t shout SPOON. (Neil J)

Doctor Doctor. Series 2.
Hugh Knight, (Rodger Corser), the heart surgeon/heartthrob turned country doctor you love to either hate or… just plain love is back! And as usual breaking more hearts than fixing them. But things take a dramatic turn for Hugh when his teenage son/foster brother decides to marry his high school sweetheart; Hugh having to donate a kidney to save his dad; his American and troubled ex-wife turning up, having a near death experience to make him realise what/who is important in his life and the icing on the cake – he is in love with his boss, Penny and has various opportunities to finally make his move! The question is will they finally get together or will Hugh stuff it up with his playboy antics? Overall this series is in one word… FANTASTIC! An entertaining TV series and Aussie drama from start to finish! I especially loved the Mustang car race scene with ‘Are You Gonna Be My Girl?’ by Jet playing in the background. Look forward to the third season. (Katie)

Hard sun. [Season 1].
Charlie Hicks (Jim Sturgess) and Elaine Renko (Agyness Deyn) are detectives who, while investigating a murder in the inner city, stumble upon proof that the world faces certain destruction – in five years. They find themselves pursued by MI5, trying to silence them in order to keep secret the truth, and they must use every bit of their ingenuity to protect themselves and those they love. The relationship of the two leads plays against type, as they both try to secure the upper hand with each other and with ruthless Security Services Officer Nikki Amuka-Bird, which is a positive as the latest offering from the pen of Neil Cross (Luther) seems to falter a bit in the telling, as if Cross wasn’t really sure how he wanted the story to play out. Intriguing and gripping in places, clichéd and muddled in others. Still worth a look, as Cross apparently has ideas for further seasons. (Mark)

Twin Peaks: a limited event series.
After 25 years, David Lynch and Mark Frost’s ground-breaking series is back. Most of the beloved characters are also back but this time, a lot of events unfold outside Twin Peaks while time is back and forth. With numerous additional characters, some of whom are played by prominent names including Naomi Watts, Laura Dern, Amanda Seyfried and Harry Dean Stanton, it’s a much larger scaled extraordinary journey which offers everything Lynch has made for cinema. At times, it’s almost impossible to comprehend and mysteries bring more mysteries but he never forgets humour. This marathon epic can be challenging and demanding to consume, but will be remembered as a landmark work by the one-and-only filmmaker. (Shinji)

The Good Place. The complete first season.
From producer/screenwriter Michael Schur (The Office, Parks & Recreation, Brooklyn Nine-Nine) The Good Place addresses the age old question of what actually happens when you die? For Eleanor Shellstrop (Kristen Bell) she finds the afterlife is a shiny happy friendly neighbourhood of frozen yogurt shops, amazingly accomplished people and pre-determined soulmates, all run by the super nice immortal architect Michael (Ted Danson). However the only problem is that she is the wrong Eleanor Shellstrop, and is in fact a very bad person, who scammed old people for a living and generally lived a completely reprehensible life. As she struggles to hide her true self from all around her and cope with her ‘soulmate’, university ethics professor Chidi, her true nature starts to affect the cosmic balance at play… To say any more would give away some of the plotlines of this hugely enjoyable series. Great performances from Bell and Danson. A great antidote to the Winter blues. Recommended. (Mark)

The greatest showman.
This movie just filled me with a sense of the wonders of humanity, and the songs! Well a musical isn’t a musical without good songs. If you are looking for some new additions to your sing-a-long playlist then this is the movie for you! I recommend a double check out, both the soundtrack and the movie. You won’t be sorry! (Jess)

Electric dreams. Season one.
Anthology collection of 10 stand-alone episodes based on Philip K. Dick’s work, written by British and American writers and set in both the UK & the US. This bunch of Dick’s short stories were written in the early to mid 1950’s, so all have undergone some degree of tinkering – from large to small – to reimagine their themes within a modern day context. Executive produced by Ronald D. Moore and Bryan Cranston there is certainly a high degree or production values up on the screen, as well as some quality acting (including Cranston himself), the problem perhaps lies in the fact that so many of Dick’s short stories have already been adapted into films (Screamers, Paycheck, Imposter, Minority Report, Next, The Adjustment Bureau, Total Recall) that those that are left are more straightforward in nature, lacking the same level of layers or ideas. Having said that there are some nice adaptations here, even the one that are more heavily reworked like Safe & Sound or Real Life work in themes common to Dick’s oeuvre. Definitely worth a watch if you are a fan of the author, and also if you fancy something along the lines of Black Mirror but not as grim. (Mark)

Lady Bird.
Known as a comedic actress (Frances Ha, Maggie’s Plan etc.), Greta Gerwig also seems to be a natural director. Her debut feature Lady Bird is a likable little gem. Set in her hometown, Sacramento, California in 2002, it follows 17-year-old Christine ‘Lady Bird’ (brilliant performance by the Irish star Saoirse Ronan) who is eager for an escape to a big city on the East Coast after graduating from a Catholic school, against her mother’s wishes. It may sound like another often-told adolescent drama but this is something special thanks to Gerwig’s smart screenplay and unique aesthetic. With the mother-daughter relationship as its core, she crafts a beautifully layered story. It’s sweet, funny and affecting. (Shinji)