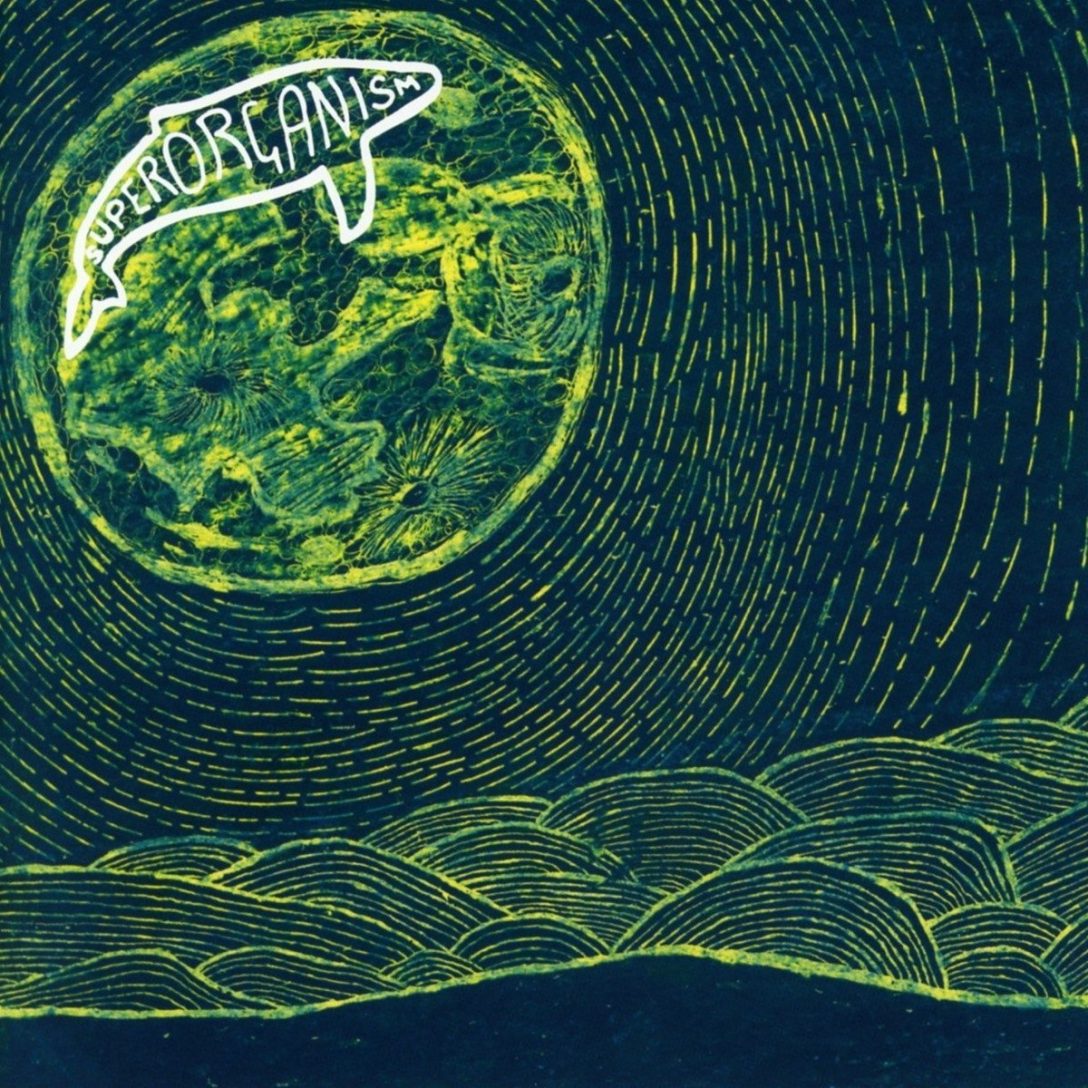 While we’re not busy with library duties, many of us here at Wellington City Libraries are avid music listeners. Here are a few recent highlights from our extensive CD collection. Superorganism.
Wellington band The Eversons moved to London in 2015 and have grown into an eight piece collective consisting of members from Lancashire, Japan, South Korea, Australia and Aotearoa, that all now live together in a big house in London. They have created media waves with their fun, kooky and excellently produced debut album, which is loaded with crazy samples, playful beats, fat basslines, swirling synths and great guitar hooks, all underpinned by the oddly deadpan vocals of 17 year old Japanese vocalist Orono Noguchi who they auditioned on Skype. Sounding like the children of The Go Team! and MGMT, this is a technicolor rush of fun and densely layered quirky pop that sounds as though it was made by the band members emailing each other ideas from their rooms in the house – which it actually was! For an idea of where this extremely contemporary band are coming from check out the video for their hit ‘Everybody Wants To Be Famous‘. (John H.) Mi mundo.
An exciting music by a shining new star – a young Cuban singer and percussionist Brenda Navarrete infuses the traditional Afro-Cuban music with the modern stylish sound, and her debut album Mi Mundo (My World) is full of thrilling moments. Opening with Navarrete’s expressive voice and her percussions, which lead the charge throughout the album, music here is intricate and touches a range of musical styles. However, she and her Cuban all-star band show amazing skills and masterfully treat them, often with jazz idioms, and present smooth yet rich, dynamic sound. The album lasts only 37 minutes but shows Navarrete’s enormous talent and character. Sensational. (Shinji) Wide awaaaaake!
It’s fitting that Texan indie rockers Parquet Courts are on Rough Trade Records as that label was the prime mover of the original early 80’s UK post punk sound and Parquet Courts arguably continue that tradition better than any other current band. Their sixth album is produced by Danger Mouse, who helps shape their characteristically spiky shambolic sound into a semblance of fun, danceable grooves. The post punk influences are still plentiful but the new album has a gloss of production that manages to expand their musical palette without losing the bands’ angular garage rock stance. With song titles such as ‘Normalisation’ and ‘Before the Water Gets Too High’ it’s reassuring to know that urgent and quizzical music such as this is being made. (John H.) Top gear.
Wellington based muso Stef Animal took time out from bass playing duties with The Golden Awesome to record this beguiling collection of 15 ‘song-in-a-day writing exercises’, each using sounds from a different piece of cheap or unfashionable musical equipment. The pieces are short – ranging from 30 seconds to 4 minutes – but are equally engaging, gradually drawing the listener deeper in to Stef Animal’s unique and intriguing sound world. The result is an unusual release that stands up as a bold and wholly successful experiment. (John H.) Vortex / Sonar with David Torn.
Swiss jazz-progressive rock quartet (twin guitars, bass and drums) Sonar has established an utterly unique sound – often playing in irregular time and creating a minimal stoic groove which at times is as if 80s king Crimson is playing Steve Reich-ish minimal composition – and with this new album featuring the one-of-a-kind guitarist David Torn, they seem to move to another level. Torn originally worked as a producer but ended up playing on all tunes as well, which is very welcome. Torn brings a sonically inventive soundscape with huge improvisations on some tracks. Their chemistry is fantastic and Sonar has sharpened their trademark polyrhythmic groove, and makes the whole sound even more dynamic. This is risk-taking music and marvellously executed. (Shinji) Englabörn & variations / Jóhann Jóhannsson.
Icelandic composer Jóhann Jóhannsson passed away earlier this year at the early age of 48. His story was a very successful one, growing from the fringes of the electronic / neo-classical world with his early releases on Touch and 4AD to worldwide acclaim providing soundtracks for films such as Arrival and The Theory of Everything. His use of electronics and treated voices within ambient / chamber pieces was radical in 2002 and had become familiar by 2018, but he was a true pioneer. This remastered re-issue of his first record, 2002’s Englaborn remains impressive and features 16 relatively short works of beautiful and stately contemporary ambient music, predominantly featuring strings and delicate electronics, with an accompanying disc of remixes by a range of current ambient musicians. (John H.) In Paris: the definitive ORTF recording.
Another classic Jazz concert receives it’s first official release, after being previously available in bootleg form. Montgomery hated to fly, so it was a rare opportunity for European audiences to see him perform in 1965 at the Théâtre des Champs-Élysées in Paris, featuring an all-star band with pianist Harold Mabern, bassist Arthur Harper and drummer Jimmy Lovelace, & special guest tenor saxophonist Johnny Griffin. Montgomery delivers a searing set of tunes with one amazing solo after another, in what is considered one of his best live performances ever, melodic, inventive and endlessly swinging. Listening to this reissue, it’s easy to see why he is still regarded as one of the most influential Jazz guitarists in history. (Mark)