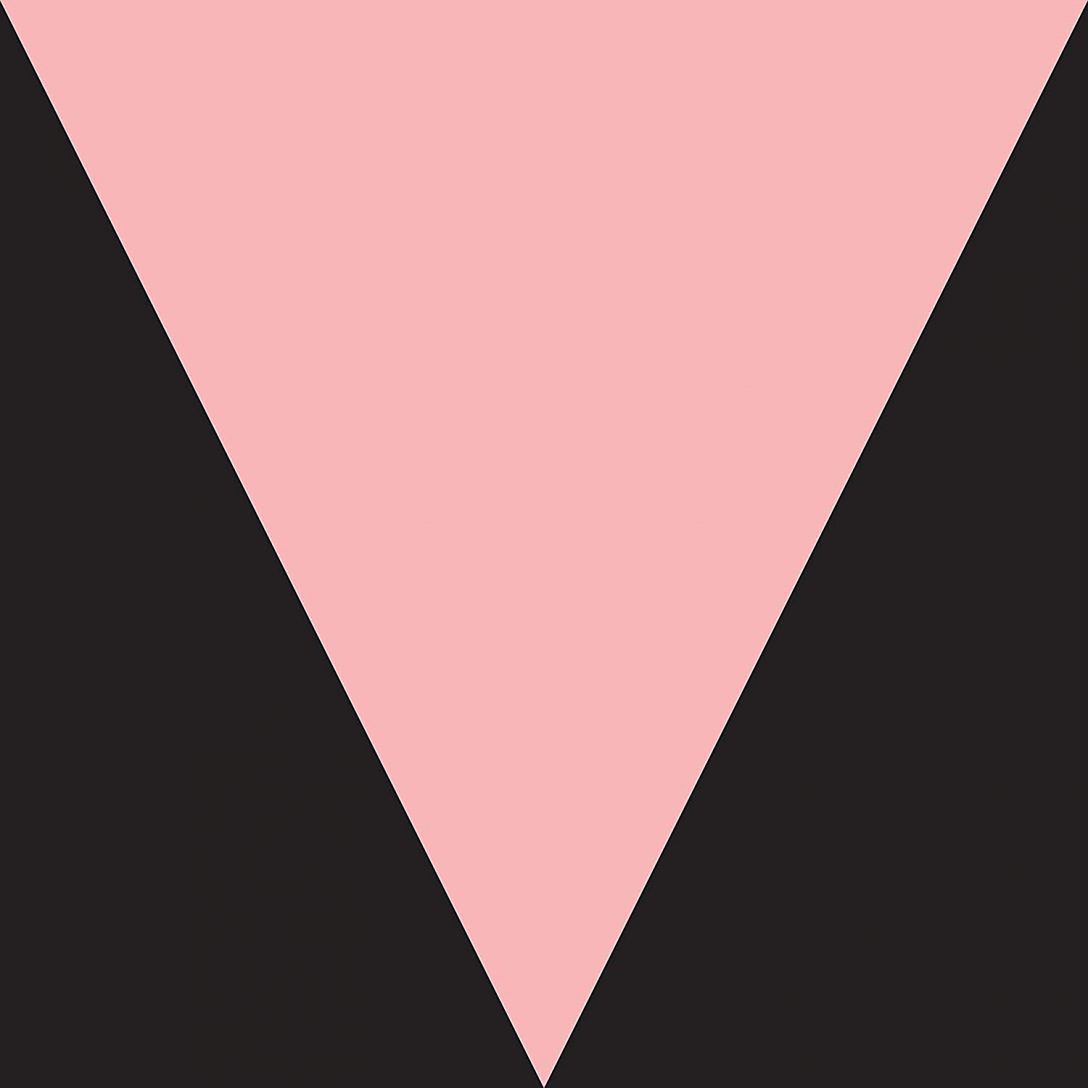 Check out these music picks by some of our staff members. A wide variety of music styles are listed here and you might find something new or intriguing. 7.
Seven albums in and US dream poppers Beach House show no sign of losing their edge as they continue to explore the parameters of their distinctive sound. On their seventh album they’ve replaced their long-time producer with MGMT producer and former Spacemen 3 member Peter Kember. The result is their most immersive, and possibly their most engaging, album to date. In a recent interview vocalist Victoria Legrand said that in creating this work, the band sought to use “bigger canvases, a stronger solid line”, and the sound is perceivably darker and more dramatic, with the usual gentle drum programming replaced by a thunderous live drummer that helps move this record into the deeper realms of dream pop inhabited by bands such as My Bloody Valentine. (John H.) Singularity.
The London based electronic producer release his follow up to the very well received 2013 release Immunity. Once again the production is perfect – crystal clear tones and beautifully constructed beats throughout an album that, however, probably works best on vinyl, as there are two distinct ‘sides’. The first four tracks (side 1) offer a deeper journey into electronic rhythms with Hopkins’ ambient sensibilities and compositional flair ensuring that the crunchy grooves remain quite removed from most generic dance based electronica being produced. The next five tracks (side 2) are lovingly crafted ambient pieces featuring gentle piano and delicate synths that are about as far removed from the grooves of side 1 as possible. Overall some great sounds but maybe best appreciated in two sittings. (John H.) My design, on others’ lives.
It must be one of the most difficult gigs a musician can do. Being the warm up act to a huge star who hasn’t toured for ages and has legions of passionate fans. Estere’s support slot for Grace Jones in Queenstown was a stunning success for this new artist. She handled her time with poise and aplomb gaining a fair few fans in the process. Her self-produced debut album is a lush hybrid beast, a unique combination of sonic elements from pop/jazz melodies to sensual electronica and serious rhythmic cores. She also has a beautiful soaring voice and a fine turn in lyrics, and whilst it is definitely a mainstream album it certainly has some experimental leanings too. This album marks the entrance of a vibrant new voice and sounds to this reviewer, like the kind of album a future superstar would release. (Neil J) Black magic.
Yemi Alade is the African Madonna of Pop. She has a strong sexy African female voice combined with beats to make you shake it. Her song ‘Johnny’ from her debut studio album King of Queens (2014) hit the charts in Africa and in the UK. She won MTV Africa’s Best Female Artist of the Year in 2015 and 2016. The music videos, mostly directed by Clarence Peters, are a fantastic high production show of contemporary African fashion and dance combined with humorous storylines and female perspectives. The videos also show a side of Africa that doesn’t always make it onto African Pop music videos or Nollywood movies; real backgrounds of village life, the grit of the city, and the African landscape feature here. No million dollar yachts and polished marble – Africa is beautiful, real and alive. We have two of her albums in the library: Mama Africa (2016) & Black Magic (2017). (Zoe)

The final tour : the bootleg series vol. 6 / Miles Davis & John Coltrane.
This entry in the ongoing Bootleg Series features five concerts from the Miles Davis Quintet’s Spring 1960 Jazz at the Philharmonic European tour, the first legitimate release of this material with remastered sound. Coltrane was anxious to leave the group at this point, and was a very reluctant part of the Tour, which results in a dichotomy of styles that provides some fascinating listening. Coltrane plays with an aggressive style that is almost a year ahead in terms of his musical development, while Miles and the remaining members of the group: Wynton Kelly (piano); Paul Chambers (bass) & Jimmy Cobb (drums), try to hold the centre down to a more familiar framework that European audiences & critics were comfortable with. The audience (particularly in the Paris concerts with the whistling and feet stamping – the French version of booing) were scandalized, as were local critics, and these new versions of this material prove the legendary status of these recordings was not overrated. (Mark) A man I’d rather be (Part I).
It’s difficult to overstate the importance of folk guitarist/vocalist Bert Jansch in not only the early development of the British folk revival, but also in the ensuing development of UK rock, with Led Zeppelin’s Jimmy Page a self-confessed fan (see if you can spot the opening bars of ‘The Waggoner’s Lad’ on Led Zeppelin 3) . Most famous for the jazz/folk band Pentangle, Bert Jansch started out as part of the UK folk scene of the early ‘60’s, which carried the genesis of the ‘60’s counter cultural movement. This box set contains his first four albums (disc 4 with John Renbourn) and is to be followed by Part 2 featuring his other four. The first two albums here were recorded when Jansch was only 21 and his distinctive finger-picking blues style, which incorporated percussive, African and Eastern-influenced tunings, was already well formed. Bert Jansch was an enormous talent who applied his guitar and banjo picking skills and distinctive vocal style to a merging of American blues with the swing of jazz within a very English esoteric folk sensibility and, hopefully, re-releases such as this will help him find a wider audience. (John H.) Ventriloquism.
From the big names such as Prince, Tina Turner, Janet Jackson and Sade to the typical 80s hit by Lisa Lisa & Cult Jam, they are all songs from ‘85 to ‘90 (except TLC’s ‘Waterfalls’ in ‘94). A cover album of the 80s R&B classics is something rare and what Meschell Ndegeocello does with them is totally original. With the minimal arrangements, she and her regular band display superb performances and colour them with a murky textured otherworldly ambience. Ndegeocello debuted with the Grammy-nominated album Plantation Lullabies in 1993 and had a commercial success in her earlier career. The label had kept telling her to make the same sort of albums but she never did. She lost the support from the label, but this uncompromised spirit made her one of the most forward-thinking, singular artists. This is a covert album like no other and one of her best. (Shinji) Music for installations.
With a gentle nod to the past (Eno’s ground-breaking late ‘70’s ambient releases included Music For Films and Music For Airports), Brian Eno re-affirms his standing as the Grand Master of ambience with a stunning six disc set. The compositions cover over 30 years, from 1985 to 2017 and all feature slightly different approaches to the airy, light world of generative music, designed to create sound that permeates the environment like clouds of incense. Filled with gorgeous washes of bells and drones and unidentifiable luminous shimmers moving across widescreen stereo fields, the pieces are beautiful and always different, yet always the same, and with an accompanying booklet of extensive liner notes, this box set offers an excursion into a deep and mysterious netherworld by a key contemporary artist. (John H.)

The lookout.
The wonderful collaborations with Neko Case and KD Lang (2016’s Case/Lang/Veirs) finally gave her the kind of fame she deserved, and the Portland-based singer-songwriter Laura Veirs continues to impress both new and old fans with this new album. Her thoughtful songs; wistful lyrics and sensitive drifting melodies are as fine as ever, and her husband and the master producer, Tucker Martine, who has worked with The Decemberists, My Morning Jacket and many more, gives another stellar job and envelopes them with warm arrangements. Best of all, they deftly keep everything simple and clear, and make it a neatly-crafted dreamy folk/pop album. Sufjan Stevens and Jim James make cameos. A gem. (Shinji) Hormone lemonade.
Ex-Stereolab guitarist Tim Gane’s kraut rock inspired project release their third album and this time around their sound is aimed predominantly at the rhythmic end of things with propulsive motorik beats prevailing. Sequencers, drums and drum machines pump out the hypnotic grooves, while synths and guitar provide a measure of melodic injection over ten pieces, avant-garde yet accessible. Taking bits of inspiration from the past, with Neu! and Suicide obvious reference points, the trio build them into a highly futuristic sounding present. And, yes, for long time fans, occasional fleeting traces of Stereolab can be detected here! (John H.)