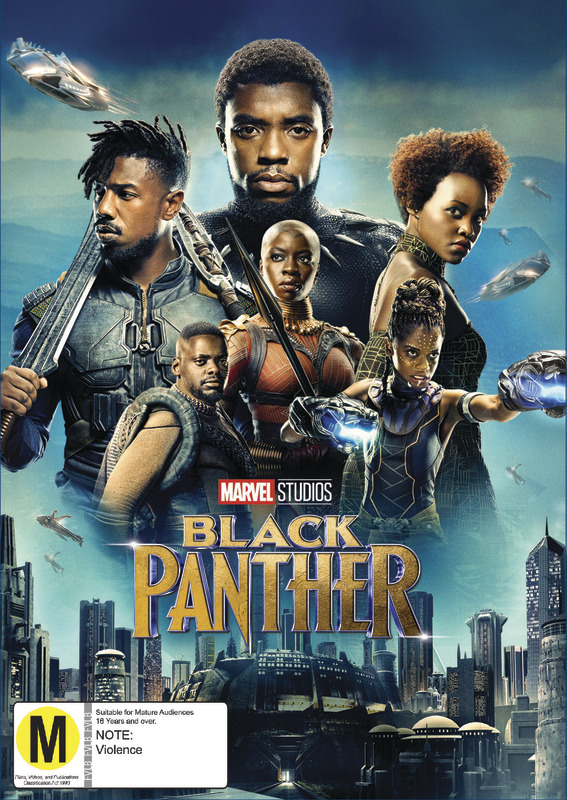 New DVDs include the blockbuster smash Black Panther; autumnal British comedy Finding Your Feet, and the true story of an Olympic-class skier who ran the world’s most exclusive high-stakes poker game.

Black Panther
“King T’Challa returns home to the isolated, technologically advanced African nation of Wakanda to serve as new leader. However, T’Challa soon finds that he is challenged for the throne from divisions within his own country. When two enemies conspire to destroy Wakanda, the hero known as Black Panther must join forces with C.I.A. agent Everett K. Ross and members of the Wakandan Special Forces, to prevent Wakanda from being drawn into a world war.” (Catalogue)

Molly’s game
“The true story of Molly Bloom, an Olympic-class skier who ran the world’s most exclusive high-stakes poker game and became an FBI target.” (Catalogue)

Finding your feet
“On the eve of retirement, a judgmental middle-class snob discovers her husband has been having an affair with her best friend and is forced into exile with her bohemian sister who lives on an impoverished inner-city council estate.” (Catalogue)

The 15:17 to Paris
“In the early evening of August 21, 2015, the world watched in stunned silence as the media reported a thwarted terrorist attack on Thalys train #9364 bound for Paris—an attempt prevented by three courageous young Americans traveling through Europe. The film follows the course of the friends’ lives, from the struggles of childhood through finding their footing in life, to the series of unlikely events leading up to the attack. Throughout the harrowing ordeal, their friendship never wavers, making it their greatest weapon and allowing them to save the lives of the more than 500 passengers on board.” (Mightyape.co.nz)

Rex
“Based on the true life story of a young Marine Corporal whose unique discipline and bond with her military combat dog saved many lives during their deployment in Iraq. When she is assigned to clean up the K9 unit after a disciplinary hearing, Leavey identifies with a particularly aggressive dog, Rex, and is given the chance to train him. Over the course of their service, Megan and Rex completed more than 100 missions until an IED explosion injures them, putting their fate in jeopardy.” (Catalogue)