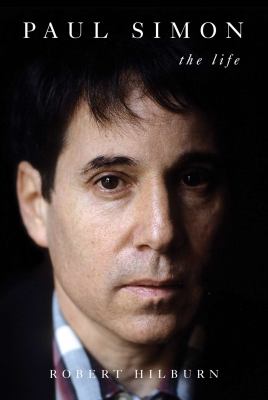 A variety of fascinating titles have been added to our collection of books on popular music. They include Twilight of the gods: a journey to the end of classic rock which is one of Newsweek’s 50 Best Books of 2018 (so far) and the finally available Paul Simon’s biography. Check them out!

Twilight of the gods : a journey to the end of classic rock / Steven Hyden.
“Since the late 1960s, a legendary cadre of artists–including the Rolling Stones, Bob Dylan, Neil Young, Bruce Springsteen, Fleetwood Mac, the Eagles, Black Sabbath, and the Who–has revolutionized popular culture and the sounds of our lives. In this mix of personal memoir, criticism, and journalism, Hyden stands witness as classic rock reaches the precipice. Traveling to the eclectic places where geriatric rockers are still making music, he talks to the artists and fans who have aged with them, explores the ways that classic rock has changed the culture, investigates the rise and fall of classic rock radio, and turns to live bootlegs, tell-all rock biographies, and even the liner notes of rock’s greatest masterpieces to tell the story of what this music meant, and how it will be remembered, for fans like himself.” (Syndetics summary)

Paul Simon : the life / Robert Hilburn.
“A publishing event from music legend Paul Simon: an intimate, candid, and definitive biography written with Simon’s full participation–but without his editorial control–by acclaimed biographer and music writer Robert Hilburn. For more than fifty years, Paul Simon has spoken to us in songs about alienation, doubt, resilience, and empathy in ways that have established him as one of the most beloved artists in American pop music history. But Simon is a deeply private person who has resisted speaking to us outside of his music. Finally, Simon has opened up–for more than one hundred hours of interviews–to Hilburn and the result is a landmark book that will take its place as the defining biography of one of America’s greatest artists.” (Syndetics summary)

Dylan on Dylan : interviews and encounters / edited by Jeff Burger.
“In a 1969 conversation with Rolling Stone editor Jann Wenner, Bob Dylan proclaimed, “I don’t give interviews.” But in truth, he has spoken at length with print publications large and small and with broadcast media around the world, given numerous press conferences, and even answered listeners’ questions on call-in radio shows. Dylan can be as evasive and abstruse as he is witty; he can also be cranky and sarcastic. But in the right moments, he offers candid, revealing commentary about his groundbreaking music and creative process. These engrossing provide glimpses into the mind of one of the most important performers and songwriters of the last hundred years.” (Syndetics summary)

Gudinski : the godfather of Australian rock ‘n’ roll / Stuart Coupe.
“Often referred to as ‘the father of the Australian music industry’, he has nurtured the careers of many artists – Kylie Minogue, Jimmy Barnes, Paul Kelly, Skyhooks, Split Enz, Yothu Yindi, to name just a few. A self-made multi-millionaire, Gudinski is the Australian equivalent of Richard Branson or David Geffen, but who is this tough, inspired, flamboyant and impassioned businessman who has shaped Australian popular culture? Where did he come from, and how has he stayed relevant for so long in an industry notorious for its fickleness? Rock journalist Stuart Coupe delves into Gudinski’s life to find the answers – and in doing so gives us a backstage pass to forty years of Australian rock.” (Syndetics summary)

Inner City Pressure: The Story Of Grime [hardback]
“The definitive history of the most innovative, thrilling and controversial music of the 21st Century – grime. As Britain celebrates the new millennium, something fluorescent and futuristic is stirring in the crumbling council estates of inner city London. Making beats on stolen software, spitting lyrics on tower block rooftops and beaming out signals from pirate radio aerials, a group of teenagers raised on UK garage, American hip-hop and Jamaican reggae stumble upon a dazzling new genre. Here, for the first time, is the full story of grime.” (Syndetics summary)

Memphis rent party : the blues, rock & soul in music’s hometown / Robert Gordon.
“The fabled city of Memphis has been essential to American music–home of the blues, the birthplace of rock and roll, a soul music capital. We know the greatest hits, but celebrated author Robert Gordon takes us to the people and places history has yet to record. A Memphis native, he whiles away time in a crumbling duplex with blues legend Furry Lewis, stays up late with barrelhouse piano player Mose Vinson, and sips homemade whiskey at Junior Kimbrough’s churning house parties. A passionate listener, he hears modern times deep in the grooves of old records by Lead Belly and Robert Johnson.” (Syndetics summary)

Phil Gernhard : record man / Bill DeYoung.
“In 1960, ‘Stay’ reached number one on the charts. The song was impossible to get out of your head: Stay–aaah–just a little bit longer. The innocuously catchy R&B song was produced by Phil Gernhard for South Carolina doo-wop group Maurice Williams and the Zodiacs. At just 19 years old and with no formal training, Gernhard was a go-getting, red-headed kid eager to break into the music business. ‘Stay’ was just the beginning of a career that would span nearly fifty years’ worth of chart-topping songs. Phil Gernhard, Record Man is the story of a self-made music mogul who dropped out of law school to open a tiny office and studio in Florida and went on to produce hits that would rock the airwaves and resonate throughout the country.” (Syndetics summary)