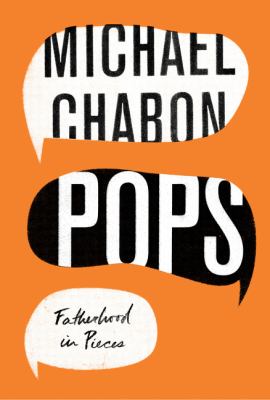 Two books about women’s suffrage feature in this month’s selections. Other topics include demystifying the blockchain, parenthood, artificial intelligence and much more.

Hearts and minds : the untold story of the great pilgrimage and how women won the vote / Robinson, Jane
“Set against the colourful background of the entire campaign for women to win the vote, Hearts and Minds tells the remarkable and inspiring story of the suffragists’ march on London. 1913: the last long summer before the war. The country is gripped by suffragette fever. These impassioned crusaders have their admirers; some agree with their aims if not their forceful methods, while others are aghast at the thought of giving any female a vote. Meanwhile, hundreds of women are stepping out on to the streets of Britain. They are the suffragists: non-militant campaigners for the vote, on an astonishing six-week protest march they call the Great Pilgrimage. Rich and poor, young and old, they defy convention, risking jobs, family relationships and even their lives to persuade the country to listen to them. This is a story of ordinary people effecting extraordinary change.” (Catalogue)

Marx, capital and the madness of economic reason / Harvey, David
“In Marx and Capital, David Harvey introduces and explains the architecture of capital as expounded by Marx in the three volumes of Capital, published between 1867 and 1883. He places Marx’s observations and arguments in the context of capitalism in the second half of the nineteenth century and considers the degree to which technological, economic and industrial change during the last 150 years means the analysis and its application need to be modified.” (Catalogue)

Brexit and Ireland : the dangers, the opportunities, and the inside story of the Irish response / Connelly, Tony
“Brexit represents potentially the single greatest economic foreign-policy challenge to the Irish state since the Second World War. …Tony Connelly tells the dramatic inside story of the Irish response to this political and economic earthquake and lays out the agenda for the uncertain years ahead.” (Book jacket)

The truth machine : the blockchain and the future of everything / Casey, Michael J.
“In The Truth Machine, Michael J. Casey and Paul Vigna demystify the blockchain and explain why it can restore personal control over our data, assets, and identities; grant billions of excluded people access to the global economy; and shift the balance of power to revive society’s faith in itself. They reveal the empowerment possible when self-interested middlemen give way to the transparency of the blockchain, while highlighting the job losses, assertion of special interests, and threat to social cohesion that will accompany this shift.” (Catalogue)

Pops : fatherhood in pieces / Chabon, Michael
“At the heart of this essay collection on fatherhood from the Pulitzer Prize-winning Chabon is his GQ piece ‘My Son, the Prince of Fashion,’ explaining how he came to appreciate his 13-year-old son’s singular passion when accompanying him to Paris Men’s Fashion Week. Despite his own indifference, however, what gradually emerged as Chabon ferried his son to and from fashion shows was a deep respect for his son’s passion. With the GQ story as its centerpiece, and featuring six additional essays plus an introduction, Pops illuminates the meaning, magic, and mysteries of fatherhood as only Michael Chabon can.” (Adapted from catalogue) 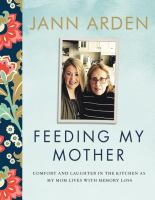 Feeding my mother : comfort and laughter in the kitchen as my mom lives with memory loss / Arden, Jann
“Based on her hugely popular Facebook posts and Instagram photos, this book is an account of the transformation in Jann Arden’s life that has turned her into the primary ‘parent’ to her mom, who is in the grip of Alzheimer’s.” (Catalogue)

Chernobyl : the history of a tragedy / Plokhy, Serhii
“On 26 April 1986 at 1.23am a reactor at the Chernobyl Nuclear Power Plant in Soviet Ukraine exploded. While the authorities scrambled to understand what was occurring, workers, engineers, firefighters and those living in the area were abandoned to their fate. In Chernobyl, award-winning historian Serhii Plokhy draws on recently opened archives to recreate these events in all their drama, telling the stories of the scientists, workers, soldiers, and policemen who found themselves caught in a nuclear nightmare.” (Adapted from catalogue)

Chasing Hillary : ten years, two presidential campaigns, and one intact glass ceiling / Chozick, Amy
“For nearly a decade, award-winning New York Times journalist Amy Chozick chronicled Hillary Clinton’s pursuit of the presidency. Chozick’s assignments, covering Clinton’s imploding 2008 campaign and then her front-row seat to the 2016 election on ‘The Hillary Beat.’ In this rollicking, hilarious narrative, Chozick takes us through the high- (and low-) lights of the most noxious and dramatic presidential election in American history.” (Adapted from catalogue)

AIQ : how artificial intelligence works and how we can harness its power for a better world / Polson, Nicholas G.
“From leading data scientists Nick Polson and James Scott, what everyone needs to know to understand how artificial intelligence is changing the world and how we can use this knowledge to make better decisions in our own lives. Dozens of times per day, we all interact with intelligent machines that are constantly learning from the wealth of data now available to them. These machines, from smart phones to talking robots to self-driving cars, are remaking the world in the 21st century in the same way that the Industrial Revolution remade the world in the 19th century. AIQ is based on a simple premise: if you want to understand the modern world, then you have to know a little bit of the mathematical language spoken by intelligent machines. AIQ will teach you that language–but in an unconventional way, anchored in stories rather than equations.” (Adapted from catalogue)

Deeds not words : the story of women’s rights, then and now / Pankhurst, Helen
“Despite huge progress since the original suffragette campaigns and wave after wave of new feminism, women are still not equal. On the centenary of one of the greatest steps forward for women – the Vote – Suffragette descendent and campaigner Helen Pankhurst takes the reader on a journey exploring how women’s lives have changed over the last 100 years, and how we can take things even further.” (Catalogue)