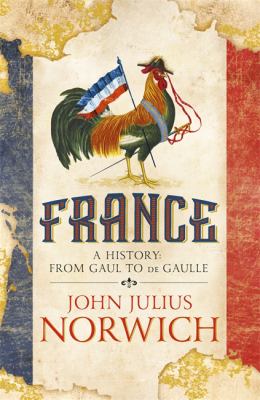 This month’s picks have a focus on World War II. In Never Remember, Masha Gessen and Misha Friedman travel across Russia to investigate both the physical history and memory of Stalin’s gulags. Fast-forwarding a few years, Gregg Carlstrom examines the internal political conflicts of modern Israeli society in How Long Will Israel Survive.

The Last Battle: Endgame on the Western Front, 1918 [hardback]
“By August 1918, the outcome of the Great War was not in doubt: the Allies would win. But what was unclear was how this defeat would play out – would the Germans hold on, prolonging the fighting deep into 1919, with the loss of hundreds of thousands more young lives, or could the war be won in 1918? Drawing on the experience of both generals and ordinary soldiers, and dwelling with equal weight on strategy, tactics and individual experience, this is a powerful and detailed account of history’s greatest endgame.” (Abridged from Syndetics summary)

How long will Israel survive? : the threat from within / Gregg Carlstrom.
“There was once a national consensus in Israeli society: despite a left-right political split, its people were broadly secular and liberal. Over the past decade, the country has fractured into tribes with little shared understanding of what it means to be a Zionist–let alone an Israeli–and contesting the very notion of a ‘Jewish and democratic’ state. Gregg Carlstrom maps this conflict, from cosmopolitan Tel Aviv to the hilltops of the West Bank, and asks a pressing question: will the Middle East’s strongest power survive its own internal contradictions?” (Abridged from Syndetics summary)

France : a history : from Gaul to de Gaulle / John Julius Norwich.
“John Julius Norwich (at 88) has finally written the book he always wanted to write, the extremely colourful story of the country he loves best. From frowning Roman generals and belligerent Gallic chieftains, to Charlemagne (hated by generations of French children taught that he invented schools) through Marie Antoinette and the storming of the Bastille to Vichy, the Resistance and beyond, France is packed with heroes and villains, adventures and battles, romance and revolution. Full of memorable stories and racy anecdotes, this is the perfect introduction to the country that has inspired the rest of the world to live, dress, eat — and love better.” (Abridged from Syndetics summary)

The last fighting Tommy : the life of Harry Patch, last veteran of the trenches, 1898-2009 / Harry Patch with Richard van Emden.
“Harry Patch, the last British soldier alive to have fought in the trenches of the First World War, is now 108 years old and one of very few people who can directly recall the horror of that conflict. Harry vividly remembers his childhood in the Somerset countryside of Edwardian England. He left school in 1913 to become an apprentice plumber but three years later was conscripted, serving as a machine gunner in the Duke of Cornwall’s Light Infantry. The Last Fighting Tommy is the story of an ordinary man’s extraordinary life.” (Abridged from Syndetics summary)

The work I did : a memoir of the secretary to Goebbels / Brunhilde Pomsel, Thore D. Hansen ; translated by Shaun Whiteside.
“Brunhilde Pomsel described herself as an ‘apolitical girl’ and a ‘figure on the margins’. How are we to reconcile this description with her chosen profession? Employed as a typist during the Second World War, she worked closely with one of the worst criminals in world history: Nazi Propaganda Minister Joseph Goebbels. She was one of the oldest surviving eyewitnesses to the internal workings of the Nazi power apparatus until her death in 2017. Compelling and unnerving, The Work I Did gives us intimate insight into political complexity at society’s highest levels – at one of history’s darkest moments.” (Abridged from Syndetics summary) 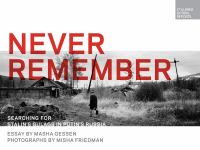 Never remember : searching for Stalin’s Gulags in Putin’s Russia / by Masha Gessen and Misha Friedman ; essay by Masha Gessen ; photographs by Misha Friedman.
“Writer Masha Gessen and photographer Misha Friedman set out across Russia in search of the memory of the Gulag. They journey from Moscow to Sandarmokh, a forested site of mass executions during Stalin’s Great Terror; to the only Gulag camp turned into a museum; and to Kolyma, where prisoners worked in deadly mines in the remote reaches of the Far East. They find that in Vladimir Putin’s Russia, where Stalin is remembered as a great leader, Soviet terror has not been forgotten: it was never remembered in the first place.” (Abridged from Syndetics summary)

The Merchant of Syria : A History of Survival
“Barely literate, and supporting his mother and sisters from the age of ten, Abu Chaker built up a business empire. Diana Darke follows his tumultuous journey, from instability in Syria and civil war in Lebanon, to his arrival in England in the 1970s, where he rescued a failing Yorkshire textile mill, Hield Bros, and transformed it into a global brand. The Merchant of Syria tells two parallel stories: the life of a cloth merchant and his resilience, and the rich history of a nation built on trade. Over millennia Syria has seen great conflict and turmoil, but like the remarkable story of Abu Chaker, it continues to survive.” (Abridged from Syndetics summary)