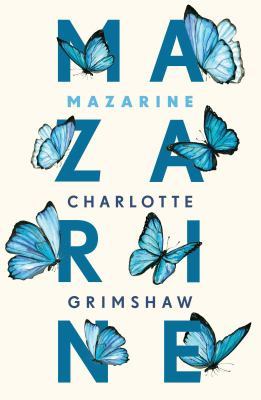 New Zealand writers are featured in this month’s ‘Other Genres’ selection of new material. There are several historical novels that bring into focus New Zealand’s political, cultural and social development over the last century. As well as a fabulous new Ngaio Marsh murder mystery completed by award winning author Stella Duffy and a new work from award-winning author Charlotte Grimshaw called Mazarine.

Money in the morgue / Ngaio Marsh & Stella Duffy.
“Roderick Alleyn is back in this unique crime novel begun by Ngaio Marsh during the Second World War and now completed by Stella Duffy. It’s business as usual for Mr Glossop as he does his regular round delivering wages to government buildings scattered across New Zealand’s lonely Canterbury plains. But when his car breaks down he is stranded for the night at the isolated Mount Seager Hospital, with the telephone lines down, a storm on its way and the nearby river about to burst its banks. Trapped with him at Mount Seager are a group of quarantined soldiers with a serious case of cabin fever, three young employees embroiled in a tense love triangle, a dying elderly man, an elusive patient whose origins remain a mystery … and a potential killer. When the payroll disappears from a locked safe and the hospital’s death toll starts to rise faster than normal, can the appearance of an English detective working in counterespionage be just a lucky coincidence – or is something more sinister afoot?” (Adapted from Syndetics summary)

Six murders? : the strange case of the Welly alley strangler / by Robert Philip Bolton.
“When Faith and her husband accidentally get involved in the weird life of Ponytail O’Gorman – a beguiling old fraudster – they have no idea how much he will disrupt their peaceful life in suburban Kilbirnie. But he convinces them to help him in his strange quest to find both his friend from prison, Simple Simon, and his own missing cell phone which is being sought by a bunch of desperate crooks as well as by the head of Wellington CIB. Determined to help the strangely charming little con-man – and so discover the truth about the notorious Welly Alley Strangler – they get carried along to a secretive location in beautiful Martinborough. In the process Faith confronts a collection of odd characters, who unknown to her were part of her husband’s life as a prison guard.” (Adapted from Syndetics summary)

A thin slice of heaven / Paul Wah.
“A historical novel recounting the adventures of the author’s great-grandfather, Ng Leung Kee, who migrated to New Zealand in 1880 and set up a successful Chinese merchant business in Wellington. Ng Leung Kee returned to Tiansum, China in 1922, to take his grandson Leslie to receive a Chinese education. They faced significant challenges, including the kidnapping of Leslie by bandits, during a period of tumultuous political, economic and social conditions in China.”
(Adapted from Syndetics summary)

Mazarine / Charlotte Grimshaw.
“From award-winning author Charlotte Grimshaw, this is a beautifully evocative, sensual portrayal of a woman’s search for freedom and love. When her daughter vanishes during a heatwave in Europe, writer Frances Sinclair embarks on a hunt that takes her across continents and into her own past. What clues can Frances find in her own history, and who is the mysterious Mazarine? Following the narrative thread left by her daughter, she travels through cities touched by terrorism and surveillance, where the concept of relatedness is subtly changed, and a startling new fiction seems to be constructing itself.” (Adapted from Syndetics summary)

The man who would not see / Rajorshi Chakraborti.
“When family suddenly becomes your greatest challenge, mystery, rediscovery . As children in Calcutta, Ashim and Abhay made a small mistake that split their family forever. Thirty years later, Ashim has re-entered his brother’s life, with blame and retribution on his mind. It seems nothing short of smashing Abhay’s happy home will make good the damage from the past. At least, this is what Abhay and his wife Lena are certain is happening. A brother has travelled all the way from small-town India to New Zealand bearing ancient – and false – grudges, and with the implacable objective of blowing up every part of his younger brother’s life. Reconciliation was just a Trojan horse. But is Ashim really the villain he appears to be, or is there a method to his havoc?” (Adapted from Syndetics summary)

Crystal reign / Kelly Lyndon.
“Former Navy Lieutenant Commander and MMA instructor David Johnson has it all: an amazing wife, three beautiful kids and a great job. He’s the man who can handle anything, and anyone – until his wife Chrissie is introduced to methamphetamine at a friend’s New Year’s Eve party. Slowly but surely, everything David has worked for and believed in is dramatically eroded as Chrissie’s addiction takes hold. Then Chrissie disappears without a trace. In his effort to find her, David gets drawn into the dark world of meth. As the months pass, he becomes more and more afraid that she has been killed, and that the police will suspect him for her murder. The story of one man’s fight to save his family from the drug that is engulfing and destroying New Zealand society.” (Adapted from Syndetics summary)

Eye of the songbird / Michael Munro.
“What happens when a New Zealand team of scientists find one of the world¿s largest flawless diamonds on the last piece of sovereign-less land Antarctica. She ¿s the target, Songbird, the woman he’s been told to bring down and here she is swinging helpless in a crevasse in Antarctica. What should Kirk Barnby, New Zealand secret service agent, do? Cut the rope? In this taut and exciting clash between environmental activism and nation-state determination, which ranges from Antarctica, Hong Kong, London, Istanbul and Wellington, two very determined people have to make a choice – political or personal?” (Adapted from Syndetics summary)

A tale of love / Linda Lê ; translated from the French by Sian Robyns.
“Ylane and Ivan meet for the first time in the library of a psychiatric hospital, falling instantly and deeply in love. In the shelter of the clinic they find happiness, but release into the outside world is frightening and love becomes a struggle as reality intrudes. And yet this reality strangely has more in common with a fairy tale with its monsters and lost children and one true love. And like a fairy tale, there is always the sense of the narrator watching and writing it all down. This is a novel as much about the power of reading and writing to transform as it is about the transformation of love. Both give the young lovers the opportunity to recover and recreate themselves, but Ylane and Ivan discover that just as there are always two sides to a page, so there is no single answer to the questions that besiege them.” (Adapted from Syndetics summary)

Boundary / by Paul W. Feenstra.
“July 1839, without the knowledge of the English Government, the ship Tory, stealthily departed Plymouth, determined to reach New Zealand with the utmost speed. The objective, to purchase millions of acres of lands at the lowest possible price and then build the perfect society. The New Zealand Company called the first settlement Britannia, a civilization without the shortcomings and failings of a troubled English culture. On board the Tory, a young Scottish couple indentured to the New Zealand Company are excited at the prospect of beginning a new life, Britannia is the Utopia they’ve been promised. This is the story of adversity, the struggle to survive in the hardships of a new colony, and their fight to preserve morality and integrity in the face of greed, deception and injustice.” (Adapted from Syndetics summary)

Te korero ahi kā : To speak of the home fires burning / edited by Grace Bridges, Lee Murray, Aaron Compton.
“Here, between the realms of the Sky Father and Earth Mother, hellhounds race, ghosts drift aimless, and the taniwha stalks. Home fires drive them back, at the same time sparking stories and poems that traverse seconds, eons, and parsecs. Tales of gatekeepers, cloak wearers, and secret keepers. Of pigs with AK-47s or ruby-hued eyes, of love-struck moa, and unruly reflections. Stark truths, and beautiful possibilities…Te Korero Ahi Ka, a term which means to speak of the home fires burning, is an anthology of science fiction, fantasy, and horror, showcasing work from both established and emerging members of the SpecFicNZ organisation of writers, poets, artists, and creatives. It is a statement about how New Zealand creators of speculative fiction and art shine their light on our literary landscape.” (Adapted from Syndetics summary)