Wellington City Library starts Māori New Year 2018 with this updated selection of books about Matariki and Puanga. We have also included some useful links that will take you to informative websites and digital resources. As Matariki continues its resurgence, and becomes an increasingly important part of New Zealand’s calendar, make it your Māori New Year’s resolution to learn more about Matariki and Puanga! 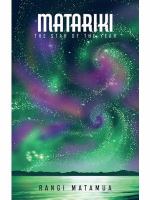 Matariki : the star of the year / Rangi Matamua.
“In mid-winter, Matariki rises in the pre-dawn sky. Based on research and interviews with Maori experts, this book seeks answers to questions such as What is Matariki? Why did Maori observe Matariki? How did Maori traditionally celebrate Matariki? When and how should Matariki be celebrated?and explores what Matariki was in a traditional sense so it can be understood and celebrated in our modern society.” (Adapted from Syndetics summary)

Puanga, star of the Māori New Year: Ko Puanga-nui-ā-rangi te whetū mātāmua o te tau hou Māori: nānā i ārahi i ā Matariki tana tuahine tō muri iho / by Sam T. Rerekura. B.Ed., Dip. Tchg, Dip. Film & TV, Cert. Tertiary Teaching.
“Most of the tribes of the Maori people in Aotearoa observed Puanga to mark the beginning of the Maori New Year. Through the study of the oral literature we are able to gaze into the past to understand how Maori perceived the star Puanga in ancient times.” (Adapted from Syndetics summary)

Matariki : the Māori New Year / Libby Hakaraia.
“A general introduction to Matariki looking at: mythology, Maori and western perspectives; around the world – ancient constellation recognised in Greece (Pleiades) and in the Pacific (Matali’i, Mataliki, etc); celebrations; navigation;  planting and harvesting; and Matariki today – ways to celebrate.” (Adapted from Syndetics summary)

Celebrating the southern seasons : rituals for Aotearoa / Juliet Batten.
“In the tenth anniversary edition of this unique work, author Juliet Batten sheds more light on customs, symbols and meanings attached to seasonal changes. She reports on Matariki and other forms of celebration that New Zealanders have inherited, found, devised and adapted. She also suggests readings, myths and stories to enrich our holidays.” (Adapted from Syndetics summary)

Night skies above New Zealand / Vicki Hyde.
“From the Matariki celebrations of the Maori new year to Captain Cook’s search for accurate longitude, people in Aotearoa/New Zealand have always looked to the skies. Night Skies Above New Zealand tells of our astronomical heritage from the early voyagers to the research being undertaken today. The book provides a thorough yet readable introduction to the skies of the southern hemisphere and current astronomical knowledge, from the formation of our solar system to the violent death of giant stars.” (Adapted from Syndetics summary) 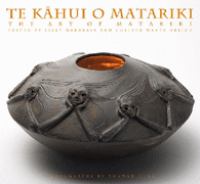 A concise encyclopedia of Maori myth and legend / Margaret Orbell.
“Based on The Illustrated Encyclopedia of Maori Myth and Legend this is a concise guide to Maori myths and legends, religious beliefs, folklore and history. More than 300 entries, arranged alphabetically, reveal the subtlety and complexity of the traditional Maori view of the world, and a large index provides cross-referencing.” (Syndetics summary) 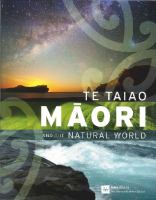 Te taiao: Māori and the natural world.
“In this richly illustrated book, Maori scholars and writers share the traditional knowledge passed down the generations by word of mouth. It provides a unique window on the relationship of the people of this land with their environment, as well as the profound knowledge and necessary skills they needed to survive here.” (Syndetics summary)

The seven sisters of the Pleiades : stories from around the world / Munya Andrews.
“The legends of the Seven Sisters of the Pleiades that poets, priests, prophets, shamans, storytellers, artists, singers, and historians have told throughout time are retold in this compilation of the stories that have found their inspiration in nine beautiful stars clustered together in the night sky. Serious astronomical research complements the variety of mythological explanations for the stars’ existence by providing the modern world’s scientific understanding of them.” (Adapted from Syndetics summary)

Te mahi māra hua parakore : a Māori food sovereignty handbook / nā Jessica Hutchings.
“Jessica Hutchings (hua parakore gardener, activist, academic and certified Te Waka Kai Ora grower) explains the political implications of the decisions that we make about growing and eating kai. She encourages us to take control over the food security of our whanau, providing practical advice on how to grow kai in accordance with the kaupapa of hua parakore, inspiring us with stories of hua parakore heroes and reassuring us that becoming a hua parakore gardener is a journey that anyone can embark on.”(Syndetics summary)

The illustrated encyclopedia of Maori myth and legend / Margaret Orbell.

The astronomical knowledge of the Māori genuine and empirical : including data concerning their systems of astrogeny, astrolatry, and natural astrology, with notes on certain other natural phenomena / by Elsdon Best.

Māori agriculture : the cultivated food plants of the natives of New Zealand : with some account of native methods of agriculture, its ritual and origin myths / by Elsdon Best.

Ministry for Culture and Heritage: Matariki