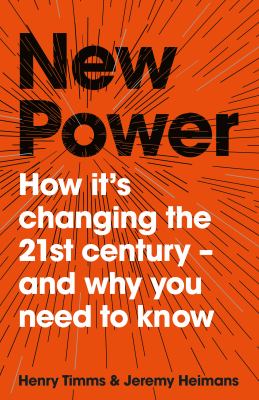 This time, the focus is on the environment, from people and places to animals and agriculture, plus loads more in-between.

Ground work : writings on people and places / edited by Tim Dee.
“We are living in the anthropocene – an epoch where everything is being determined by the ruinous activities of just one soft-skinned, warm-blooded, short-lived, pedestrian species. How best to live in the ruins that we have made? This anthology of commissioned work tries to answer this as it explores new and enduring cultural landscapes, here and abroad, in a celebration of local distinctiveness that includes new work from some of our finest writers. Helen Macdonald, in her remarkable piece on growing up in a rented house in a 50-acre walled estate in Camberley, reflects on our failed stewardship of the planet: ‘I take stock,’ she says, ‘During this sixth extinction, we who may not have time to do anything else must write now what we can, to take stock.'” (adapted from Syndetics summary)

Reckless Opportunists: Elites at the End of the Establishment:
“The Summer of 2016 revealed a crisis in Britain’s political, economic and media elite. Once successful leaders were dropping everywhere. These multiple crises at the top are no coincidence. It’s a structural problem that has developed over decades. The central theme of the book is that: the British elite has lost control. They can earn more than ever before and their decisions have powerful consequences that are widely felt. They are highly skilled when it comes to pursuing their own self-interests. But, they are also rather less able to exert control or predict the consequences of their actions. What is best for them can often be bad for their organisation, their employees or publics. These failings have an increasingly devastating effect on society and the wider public.” (Syndetics summary)

The animals among us : the new science of anthrozoology / John Bradshaw.
“Keeping pets is expensive, time-consuming, and seemingly irrational – so why do so many of us have an animal in our lives? Pet-keeping is much more than just a simple pastime. As John Bradshaw reveals in this highly original new work, our connection with animals is one of the very things that makes us human. …Bradshaw reveals how animals have always been an integral part of our lives- indeed, they have shaped the evolution of our minds and our bodies. Now, as increasing numbers of species are under threat, John Bradshaw warns us that if we lose the animals among us, we risk losing an essential part of ourselves.” (adapted from Syndetics summary)

The Road to Unfreedom: Russia, Europe, America
“The past is another country, the old saying goes. The same might be said of the future. But which country? For Europeans and Americans today, the answer is Russia. Today’s Russia is an oligarchy propped up by illusions and repression. But it also represents the fulfilment of tendencies already present in the West. And if Moscow’s drive to dissolve Western states and values succeeds, this could become our reality too. In this visionary work of contemporary history, Timothy Snyder shows how Russia works within the West to destroy the West…” (adapted from Syndetics summary)`

You all grow up and leave me : a memoir of teenage obsession / Piper Weiss.
“Piper Weiss was fourteen years old when her middle-aged tennis coach, Gary Wilensky, one of New York City’s most prestigious private instructors, killed himself after a failed attempt to kidnap one of his teenage students. In the aftermath, authorities discovered that this well-known figure among the Upper East Side tennis crowd was actually a frightening child predator who had built a secret torture chamber–a “Cabin of Horrors”–in his secluded rental in the Adirondacks. Before the shocking scandal broke, Piper had been thrilled to be one of “Gary’s Girls.” As reporters swarmed her private community in the wake of Wilensky’s death, Piper learned that her mentor was a predator with a sordid history of child stalking and sexual fetish. But why did she still feel protective of Gary, and why was she disappointed that he hadn’t chosen her…” (adapted from Syndetics summary)

Earth at risk : natural capital and the quest for sustainability / Claude Henry and Laurence Tubiana.
“This book maps out the necessary transition to sustainability, detailing the innovations in science and technology, along with law, institutional design, and economics, that can and must be put to use to avert environmental catastrophe… Though formidable obstacles remain to the realization of this significant transition, Henry and Tubiana present the case for collective initiatives and change that build momentum for implementation and action.” (adapted from Syndetics summary)

Saving Planet Earth : why agriculture and industry must be part of the solution / Dr Duncan A. Rouch ; Dr David F. Smith ; Professor Andrew S. Ball.
“Planet Earth is a minuscule part of our galaxy, the Milky Way, and the only place where we humans can practically live. We all know this, but why are we so slow to fix the major environmental issues which are degrading the quality of life on this one planet? Here Dr Duncan Rouch, Dr David Smith and Professor Andrew Ball answer this question, with an exciting novel response that digs down to explain how we got to this impasse. They also discuss a clear innovative forward strategy, based on a new inclusive definition of environments, that brings in agriculture and industrial companies as key stakeholders for conserving the environment.” (Syndetics summary)

High-speed empire : Chinese expansion and the future of Southeast Asia / Will Doig.
“Less than a decade ago, China did not have a single high-speed train in service. Today, it owns a network of 14,000 miles of high-speed rail, far more than the rest of the world combined. Now, China is pushing its tracks into Southeast Asia, reviving a century-old colonial fantasy of an imperial railroad stretching to Singapore; and kicking off a key piece of the One Belt One Road initiative, which has a price tag of $1 trillion and, reaches inside the borders of more than 60 countries. Journalist Will Doig traveled to Laos, Thailand, Malaysia, and Singapore to chronicle the dramatic transformations taking place — and to find out whether ordinary people have a voice in this moment of economic, political, and cultural collision.” (Syndetics summary)

New power : how it’s changing the 21st century – and why you need to know / Jeremy Heimans & Henry Timms.
“For most of human history the rules of power were clear: power was something to be seized, and then jealously guarded. Under this ‘Old Power’ we lived in a world of rulers and subjects. Now, we all sense that something has changed. From #MeToo to Harvey Weinstein; Corbyn to Trump; from YouTube sensations to darker phenomena such as the emergence of ISIS – in our new hyper-connected world, ideas and movements can spread and flourish with astonishing force and speed. In New Power, Jeremy Heimans and Henry Timms confront the biggest story of our age and trace how New Power is the key to understanding where we are and will prosper in the 21st Century.” (adapted from Syndetics summary)

Rainforest: Dispatches From Earth’s Most Vital Frontlines [hardback]
“Rainforests are the lungs of our planet – regulators of the earth’s temperature and weather. They are also home to 50 per cent of the world’s animals and plants – which for centuries have been the source of many of our key medicines. And yet we’ve all heard of their systematic destruction… But this is the full story you’ve never heard: an in depth, wide-ranging, first-hand narrative that not only looks at the state of the world’s tropical rainforests today and the implications arising from their continuing decline, but also at what is being done, and can be done in future, to protect the forests and the 1.6 billion people that depend upon them…” (adapted from Syndetics summary)

Beyond Manapouri : 50 years of environmental politics in New Zealand / Catherine Knight.
“Beyond Manapouri is essential reading for anyone wanting to understand why, in spite of the legislation and institutions put in place to improve the stewardship of our environment, we’re now facing more urgent environmental issues than ever before. In this richly illustrated and engagingly written history, Knight also identifies the cultural shifts that will need to take place if we are to live up to the ‘clean, green’ image we have constructed for ourselves in New Zealand.” (adapted from Syndetics summary)