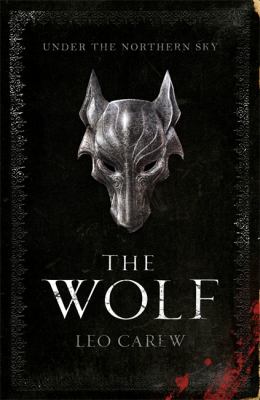 This month’s featured science fiction and fantasy novels are selected from our wide range of new acquisitions, and include a series conclusion from Elizabeth May and a future cop mystery from award-winning author John Scalzi. There are also several novels that weave into their plots such themes as mining, alternative medieval Britain and bleak dystopian cities. All will ensure fascinating, thrilling reading.

Head on / John Scalzi.
“John Scalzi returns with Head On, the standalone follow-up to the critically acclaimed Lock In. Hilketa is a frenetic and violent pastime where players attack each other with swords and hammers. The main goal of the game: obtain your opponent’s head and carry it through the goalposts. With flesh and bone bodies, a sport like this would be impossible. But all the players are “threeps,” robot-like bodies controlled by people with Haden’s Syndrome, so anything goes. No one gets hurt, but the brutality is real and the crowds love it. Until a star athlete drops dead on the playing field. Is it an accident or murder? FBI agents and Haden-related crime investigators, Chris Shane and Leslie Vann, are called in to uncover the truth–and in doing so travel to the darker side of the fast-growing sport of Hilketa, where players and owners do whatever it takes to win, on and off the field.” (Adapted from Syndetics summary)

The fallen kingdom / Elizabeth May.
“My name is Lady Aileana Kameron. First the fae murdered my mother. Then they destroyed my world. Then one of them killed me. Now I’m fighting for more than revenge.
The long-awaited final book in the Falconer trilogy is an imaginative tour-de-force that will thrill fans of the series. Aileana Kameron, resurrected by ancient fae magic, returns to the world she once knew with no memory of her past and with dangerous powers she struggles to control. Desperate to break the curse that pits two factions of the fae against, her only hope is hidden in an ancient book guarded by the legendary Morrigan, a faery of immense power and cruelty.” (Adapted from Syndetics summary)

Earthcore / Scott Sigler.
“Deep below a desolate Utah mountain lies the largest platinum deposit ever discovered. A billion-dollar find, it waits for any company that can drill a world’s record, three-mile-deep mine shaft. EarthCore is the company with the technology, the resources and the guts to go after the mother lode. Young executive Connell Kirkland is the company’s driving force, pushing himself and those around him to uncover the massive treasure. But at three miles below the surface, where the rocks are so hot they burn bare skin, something has been waiting for centuries. Waiting … and guarding. Kirkland and EarthCore are about to find out firsthand why this treasure has never been unearthed.” (Adapted from Syndetics summary)

The wolf / Leo Carlew.
“Carlew’s debut novel presents an alternate medieval Britain in which the isle of Albion is shared by human Saxons and two races of giants: the incredibly long-lived Anakim and the larger and rarer Unhieru. The uneasy peace between the southern Saxon kingdom and the Black Kingdom of the Anakim is broken as the Sutherners invade, scoring an unexpected victory and killing the current Black Lord. The novel follows both the Anakim heir, Roper, as he attempts to defend the kingdom from invasion while dealing with rivals for the throne, and the leader of the southern invasion, Bellamus, a commoner attempting to not only destroy the Anakim but also secure his own advancement.” (Adapted from Syndetics summary)

Blackfish City / Sam J. Miller.
“After the climate wars, a floating city was constructed in the Arctic Circle. Once a remarkable feat of mechanical and social engineering, it has started to crumble under the weight of its own decay – crime and corruption have set in, a terrible new disease is coursing untreated through the population, and the contradictions of incredible wealth alongside deepest poverty are spawning unrest. Into this turmoil comes a strange new visitor – a woman accompanied by an orca and a chained polar bear. She disappears into the crowds looking for someone she lost thirty years ago, followed by whispers of a vanished people who could bond with animals. Her arrival draws together four people and sparks a chain of events that will lead to unprecedented acts of resistance.” (Adapted from Syndetics summary)

Before Mars : a Planetfall novel / Emma Newman.
“After months of travel, Anna Kubrin finally arrives on Mars for her new job as a geologist and de facto artist-in-residence. Already she feels like she is losing the connection with her husband and baby at home on Earth–and she’ll be on Mars for over a year. Throwing herself into her work, she tries her best to fit in with the team. But in her new room on the base, Anna finds a mysterious note written in her own handwriting, warning her not to trust the colony psychologist. A note she can’t remember writing. Anna begins to suspect that her assignment isn’t as simple as she was led to believe. Is she caught up in an elaborate corporate conspiracy, or is she actually losing her mind?” (Adapted from Syndetics summary)

The hyena and the hawk / Adrian Tchaikovsky.
“From the depths of myth an ancient enemy has returned: the Plague People, whose very presence obliterates whole villages; whose terror destroys minds. In their wake, nothing is left of the people, not their places, not their ways. On the plains, the warriors and the wise of all tribes gather to confront the aggressor. Loud Thunder leads his great war-host south, even as Tecumet and Asman head north with the Sun River army. With Maniye Many Tracks, they plan to forge a new unity between the tribes such as the world has never seen. But will it be enough to stave off an oblivion that might devour even their gods?” (Adapted from Syndetics summary)

Ascendant / Jack Campbell.
“In the three years since former fleet officer Rob Geary and former Marine Mele Darcy led improvised forces to repel attacks on the newly settled world of Glenlyon, tensions have only gotten worse. When one of Glenlyon’s warships is blown apart trying to break the blockade that has isolated the world from the rest of human-colonized space, only the destroyer Saber remains to defend it from another attack. Geary’s decision to take Saber to the nearby star Kosatka to safeguard a diplomatic mission is a risky interpretation of his orders, to say the least. When a “peacekeeping force” carrying thousands of enemy soldiers arrives in Kosatka’s star system, the people of that world face an apparently hopeless battle to retain their freedom. It’s said that the best defense is a good offense. But even if a bold and risky move succeeds, Geary and Darcy may not survive it…” (Adapted from Syndetics summary)

One way / S. J. Morden.
“Andy Weir’s The Martian meets Agatha Christie’s And Then There Were None in this edge-of-your-seat science fiction thriller about one man’s fight for survival on a planet where everyone’s a killer. Frank Kittridge is serving life for murdering his son’s drug dealer, so when he’s offered a deal by Xenosystems Operations – the corporation that owns the prison – he takes it. He’s been selected to help build the first permanent base on Mars. Unfortunately, his crewmates are just as guilty of their crimes as he is. As the convicts set to work on the frozen wastes of Mars, the accidents multiply.” (Adapted from Syndetics summary)

Oversleeper [paperback]
“What do you do when you wake up one morning and find that everything you know has changed? On Monday morning Ignatius Inuus finds himself on the run in a New York he barely recognises. Helped by a mysterious young woman, he starts to learn about the new regime. And, the brutal society – in which people survive at the expense of their humanity – seems to be more nightmare than dream. In his quest to force change, he discovers that when you possess the power of life or death over people, choosing life is not as simple as it seems.” (Adapted from Syndetics summary)