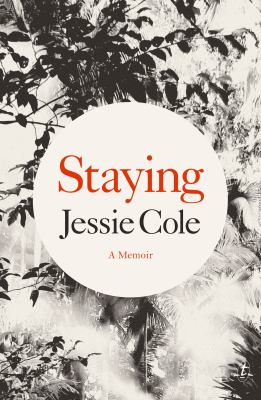 “A revolution in swimming was underway. By custom and often by law, women in America and England weren’t allowed in the water without covering their limbs in a heavy “bathing costume” that weighed them down. But some women wanted to jump into the water unencumbered, and even to race…” — Sarah Laskow

Swimming features prominently in this month’s new biographies, including Jenny Landreth’s Swell, which details the connection between women’s suffrage and swimming, as well as Yusra Mardini’s Butterfly: from Refugee to Olympian, describing Mardini’s escape from Syria and later membership of the Refugee Olympic Athletes Team. And if you’ve forgotten your togs or towel, don’t worry–we’ve got plenty of biographies set on dry land as well!

Swell : a waterbiography / Jenny Landreth.
“These days, swimming may seem like the most egalitarian of pastimes, open to anyone with a swimsuit–but this wasn’t always the case. It wasn’t until the 1930s that women were finally, and reluctantly, granted equal access to the water. This is the story of the women who made that possible, a thank-you to the fearless “swimming suffragettes” who fought for equal access, and won.” (Adapted from the Syndetics summary.)

Butterfly : from refugee to Olympian–my story of rescue, hope, and triumph / Yusra Mardini with Josie Le Blond.
“When young Syrian refugee Yusra Mardini realized her boat’s engine shut down as she was travelling from Syria to Greece with other refugees, there was no hesitation: she dove into the water. Grabbing a rope with one hand, she began kicking up the black water, inching the boat towards the distant shore. This act of bravery saved the lives of a boatload of refugees–and started her towards the Rio Olympics.” (Adapted from the Syndetics summary.)

Excuse me while I slip into someone more comfortable : a memoir / Eric Poole.
“In 1977, Eric Poole is a talented high school trumpet player with one working ear, the height-to-weight ratio of a hat rack, a series of annoyingly handsome bullies and a mother irrationally devoted to Lemon Pledge. But who he wants to be is a star…ANY star. Picking up at the end of his first acclaimed memoir, Where’s My Wand?, Poole’s journey from self-delusion to acceptance is simultaneously hysterical, heartfelt and inspiring.” (Adapted from the Syndetics summary.)

The girl : Marilyn Monroe, the seven year itch, and the birth of an unlikely feminist / Michelle Morgan.
“With an in-depth look at the two most empowering years in the life of Marilyn Monroe, The Girl details how The Seven Year Itch created an icon and sent the star on an adventure of self-discovery and transformation from a controlled wife and contract player into a businesswoman and unlikely feminist whose power is still felt today.” (Adapted from the Syndetics summary.)

Staying : a memoir / Jessie Cole.
“As children, Jessie Cole and her brother Jake ran wild, free to roam their rainforest home as they pleased. They had each other, parents who adored them, and two mysterious, beautiful, clever half-sisters. But when Jessie was on the cusp of adolescence, tragedy struck, and her family fell apart. This heartbreaking memoir asks what happens to those who are left behind when someone takes their own life–and finding peace in a place of pain.” (Adapted from the Syndetics summary.)

Odyssey of the unknown Anzac / David Hastings.
“Ten years after the end of World War I, the Sydney Sun reported that an unknown Anzac still lay in a Sydney psychiatric hospital. Thousands of people in Australia and New Zealand responded to this story and began an international campaign to find the man’s family. David Hastings follows this one previously unknown Anzac, George McQuay, from rural New Zealand through Gallipoli and finally home. By doing so, he takes us deep inside the Great War and the human mind.” (Adapted from the Syndetics summary.)

MI5 and me : a coronet among the spooks / Charlotte Bingham.
“When Lottie is summoned to her father’s office at the age of 18, she is astonished to learn that this unexciting parent is a spy. Even more perturbing is his view that she should stop drifting around and get a proper job, something patriotic and worthwhile. This unique memoir is a window into 1950s Britain: a country where Russian agents infiltrate the highest echelons, where debutantes are typists and where Englishness is both a nationality and a code of behaviour.” (Adapted from the Syndetics summary.)

Skybound : a journey in flight / Rebecca Loncraine.
“In her mid-30s Rebecca Loncraine was diagnosed with breast cancer. Two years later, and after months of gruelling treatment, she flew in a glider for the first time. In that engineless plane, soaring 3000 feet over the landscape of her childhood with only the rising thermals to take her higher and the birds to lead the way, she fell in love.” (Adapted from the Syndetics summary.)