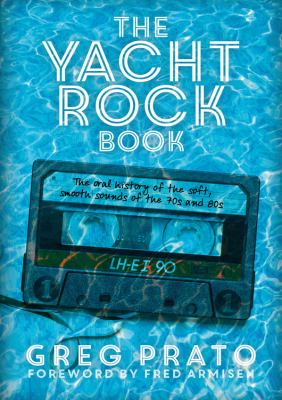 Check out some of these newly catalogued books on popular music including David Bowie Made Me Gay, the first book to document the history of LGBT music and musicians, and the intriguing The Yacht Rock Book. A lot of rock fans contributed their photos and stories to Smithsonian and made a fantastic book Smithsonian rock and roll: live and unseen. 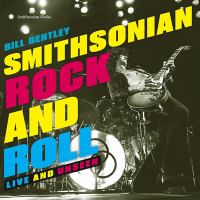 Smithsonian rock and roll : live and unseen / Bill Bentley.
“In December 2015, the Smithsonian called on rock and roll lovers around the world to collect photos and stories of their favorite moments in music. Fans dug through attics, basements, closets, shoeboxes, digital cameras, and photo albums to post great rock shots to rockandroll.si.edu. From Woodstock to the Whisky a Go Go, and all the rockin’ places in between, fans overwhelmingly responded with their favorite rock and roll moments. Iconic artists ranging from the Who to Nirvana to Chuck Berry to the Jimi Hendrix and many more are celebrated here.” (Syndetics summary)

Coal black mornings / Brett Anderson.
“Brett Anderson came from a world impossibly distant from rock star success, and in Coal Black Mornings he traces the journey that took him from a childhood as ‘a snotty, sniffy, slightly maudlin sort of boy raised on Salad Cream and milky tea and cheap meat’ to becoming founder and lead singer of Suede. Coal Black Mornings is profoundly moving, funny and intense – a book which stands alongside the most emotionally truthful of personal stories.” (Syndetics summary)

David Bowie made me gay : 100 years of LGBT music / Darryl W. Bullock.
“LGBT musicians have shaped the development of music over the last century, with a sexually progressive soundtrack in the background of the gay community’s struggle for acceptance. With the advent of recording technology, LGBT messages were for the first time brought to the forefront of popular music. David Bowie Made Me Gay is the first book to cover the breadth of history of recorded music by and for the LGBT community and how those records influenced the evolution of the music we listen to today.” (Syndetics summary)

Astral weeks : a secret history of 1968 / Ryan H. Walsh.
“Van Morrison’s Astral Weeks is an iconic rock album shrouded in legend, a masterpiece that has touched generations of listeners and influenced everyone from Bruce Springsteen to Martin Scorsese. In his first book, acclaimed rock musician and journalist Ryan H. Walsh unearths the album’s fascinating backstory – along with the untold secrets of the time and place that birthed it: Boston 1968.” (Syndetics summary)

Memphis 68 : the tragedy of southern soul / Stuart Cosgrove.
“In the 1950s and 1960s, Memphis, Tennessee, was the launch pad of musical pioneers such as Aretha Franklin, Elvis Presley, Johnny Cash, Al Green and Isaac Hayes, and by 1968 was a city synonymous with soul music. The book opens with the death of the city’s most famous recording artist, Otis Redding, who died in a plane crash in the nal days of 1967, and then follows the fortunes of Redding’s label, Stax/Volt Records, as its fortunes fall and rise again. But, as the tense year unfolds, the city dominates world headlines for the worst of reasons: the assassination of civil rights leader Martin Luther King.” (Syndetics summary)

The yacht rock book : the oral history of the soft, smooth sounds of the 70s, and 80s / by Greg Prato.
“Just what is ‘yacht rock,’ you ask? Perhaps the easiest description is music that would not sound out of place being played while carousing aboard a yacht back in the good old days. But these songs were also some of the top pop gems of the 1970s and ’80s. And while some associate yacht rock’s biggest songs with one-hit wonder artists, several of rock’s most renowned artists fall under this category, too – including Fleetwood Mac, the Eagles, Steely Dan, Hall & Oates, The Doobie Brothers, Toto, and more. This is the definitive story of the yacht rock’s creation, rise, chart-smashing success, fall, and stunning rebirth.” (Syndetics summary)

Experiencing film music : a listener’s companion / Kenneth LaFave.
“Of all the elements that combine to make movies, music sometimes seems the forgotten stepchild. Yet it is an integral part of the cinematic experience. Minimized as mere “background music,” film scores enrich visuals with emotional mood and intensity, underscoring directors’ intentions, enhancing audiences’ reactions, driving the narrative forward, and sometimes even subverting all three. Experiencing Film Music: A Listener’s Companion opens the ears of film-goers to the nuance behind movie music, laying out in simple, non-technical language how composers and directors map what we hear to what we see–and, not uncommonly, back again.” (Syndetics summary)