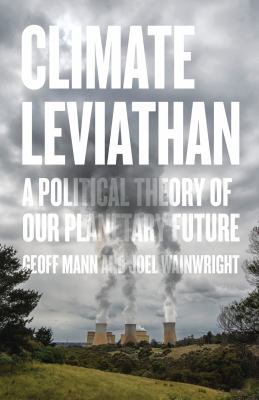 This time we have three new books on climate change for you to devour. Other topics are death, debt, and how to make more money.

Sunburnt Country: The History and Future of Climate Change in Australia.
“Sunburnt Country pieces together Australia’s climate history for the first time. It uncovers a continent long vulnerable to climate extremes and variability. It gives an unparalleled perspective on how human activities have altered patterns that have been with us for millions of years, and what climate change looks like in our own backyard.” (Book jacket)

All that remains : a life in death / Sue Black.
“Professor Dame Sue Black discusses the subject she grapples with every day–death–bringing her unique perspective to the multitudinous circumstances in which life is lost. From the painful grieving process after losing a loved one, to violence, murder, criminal dismemberment, missing persons, war, natural disasters, unidentified bodies, historical remains — involving investigative agencies, lawyers, justice, criminal sentences, and always sadness and pain, she takes us on a scientific and reflective journey explaining the genetic DNA traits that develop before our birth, and those traits and features we gather in the twists and turns through life, all of which add up to an identity that reveals itself in death.” (Adapted from Syndetics summary)

Dreamers : how young Indians are changing the world / Snigdha Poonam.
“600 million Indians, more than half the population, are under twenty-five. This generation lives between extremes: more connected and global than ever, but with narrow ideas of Indian identity; raised with the cultural values of their grandparents, but the life goals of American teenagers. These dreamers are the face of a new India. Angry, and frustrated with being marginalised by both globalisation and India’s old politics, they place hope in the Modi government’s exclusionary nationalism and, above all, in their personal truths: shape your own future; exploit, or be exploited.” (adapted from Syndetics summary)

China’s great wall of debt : shadow banks, ghost cities, massive loans, and the end of the Chinese miracle / Dinny McMahon.
“Over the course of a decade spent reporting on the ground in China as a financial journalist, Dinny McMahon gradually came to the conclusion that the widely held belief in China’s inevitable economic ascent is dangerously wrong. McMahon shows how, lurking behind the illusion of prosperity, China’s economic growth has been built on a staggering mountain of debt. McMahon goes beyond the headlines to explain how such waste has been allowed to flourish, and why one of the most powerful governments in the world has been at a loss to stop it.” (adapted from Syndetics summary)

Climate leviathan : a political theory of our planetary future / Joel Wainwright and Geoff Mann.
“Despite the science and the summits, leading capitalist states have not achieved anything close to an adequate level of carbon mitigation. What are the likely political and economic outcomes of this? Where is the overheating world heading? Climate Leviathan provides a radical way of thinking about the intensifying challenges to the global order. Drawing on a wide range of political thought, Joel Wainwright and Geoff Mann argue that rapid climate change will transform the world’s political economy and the fundamental political arrangements most people take for granted.” (adapted from Syndetics summary)

Building and dwelling : ethics for the city / Richard Sennett.
“Building and Dwelling is the definitive statement on cities by the renowned public intellectual Richard Sennett. In this sweeping work, he traces the anguished relation between how cities are built and how people live in them, from ancient Athens to twenty-first-century Shanghai. Through it all, he laments that the “closed city”–segregated, regimented, and controlled–has spread from the global North to the exploding urban agglomerations of the global South. As an alternative, he argues for the “open city,” where citizens actively hash out their differences and planners experiment with urban forms that make it easier for residents to cope.” (adapted from Syndetics summary)

Future presence : how virtual reality is changing human connection, intimacy, and the limits of ordinary life / Peter Rubin.
“Heralded as the most significant technological innovation since the smartphone, virtual reality is poised to transform our very notions of life and humanity. Though this tech is still in its infancy, to those on the inside, it is the future. VR will change how we work, how we experience entertainment, how we feel pleasure and other emotions, how we see ourselves, and most importantly, how we relate to each other in the real world. And we will never be the same.” (adapted from Syndetics summary)

Unprecedented Crime : Climate Science Denial and Game Changers for Survival
“Unprecedented Crime first lays out the culpability of corporations, governmental, political and religious bodies, and especially the media through their failure to report or act on the climate emergency. No emergency response has even been contemplated by wealthy high-emitting national governments. Yet, independently of governments, scores of proven zero-carbon game changers have been coming online all over the world. These exciting technologies, described in the book, are now able to power both household electricity and energy-dense heavy industry.” (adapted from Syndetics summary)

7 steps to wealth : the vital difference between property & real estate / John L. Fitzgerald.
“7 Steps to Wealth is the only real estate book in Australia endorsed by three of Australia’s property billionaires. Most importantly the book exposes the difference between property and real estate, proving that it’s only the land that appreciates and that the buildings that sit on the land actually depreciate. Fitzgerald proves that certain residential land is Australia’s best growth asset–and will continue to be given current record population growth.” (adapted from Syndetics summary)

Randomistas : how radical researchers changed our world / Andrew Leigh.
“Randomised test are carried out on us every day–by supermarkets, search engines, online dating sites, political parties and direct marketers. But how do these tests work? Are there any ethical issues? And what do they reveal about our choices? In Randomistas, Andrew Leigh tells the stories of radical researchers who overturned conventional wisdom in medicine, politics, business, law enforcement and more. From finding the cure to scurvy to discovering what policies really improve literacy rates, randomistas have shaped life as we know it – but they often had to fight to conduct their trials and have their findings implemented.” (adapted from Syndetics summary)