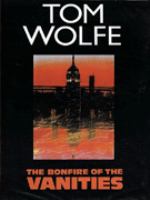 Thomas Kennerly Wolfe, one of America’s leading literary figures, born 2 March 1930, has died on 14 May 2018. He was perhaps best known for his novel The Bonfire of the Vanities which was about the fall of a young Wall Street trader. It is often described as the novel that defined the 80’s and turned Wolfe into a superstar author, a role he relished with his famous flamboyant suits. He was however very far from a one book wonder. The Right Stuff was his non-fiction account of America’s first manned space flights and was turned into a multiple Oscar winning movie. Likewise, his account of Ken Kesey and the merry pranksters’ LSD soaked voyage of discovery across America in the sixties came to be one of the books that defined the flower power generation in much the same way as The Bonfire of the Vanities did for the 80s.