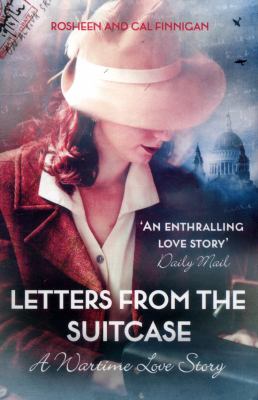 Most memoirs deal in facts, in whos and whats and whens. However this month’s new biographies contain something a bit different: When We Were Ghouls, by Amy E. Wallen. When We Were Ghouls follows Wallen and her family as they travel around the globe, facing “seismic shifts in cultures”. Years later Wallen must pick through uncertain memories to try and find the truth – were her parents really grave robbers?

Harry: Life, Loss, and Love / Katie Nicholl.
“On the eve of his wedding comes the most intimate and informative portrait yet of Prince Harry, from royal expert Katie Nicholl, author of the bestselling William and Harry and Kate. From his earliest public appearances as a mischievous redheaded toddler, Prince Harry has captured the hearts of royal enthusiasts around the world. In Harry, Britain’s leading expert on the young royals offers an in-depth look at the wayward prince turned national treasure.” (Adapted from Syndetics summary.)

Letters from the suitcase: a wartime love story / [edited by] Rosheen and Cal Finnigan.
“Mary and David Francis were only 21 and 19 when they met in 1938. They fell in love instantly, and against the wishes of David’s parents, they lived together and married. These poignant letters reveal their intelligence and thoughtfulness, their passion, the everyday details of their lives working as a secretary at Bletchley Park and as a young officer in action on the other side of the world.” (Adapted from Syndetics summary.)

Young queen: the story of a girl who conquered the world / Parris Goebel with Tracy O’Connor.
“In this honest memoir, Parris Goebel shares the extraordinary story of how she went from high-school dropout to award-winning dancer, choreographer and video director. She has worked with some of the biggest stars in music, including Janet Jackson, Rihanna and Justin Bieber. A true #girlboss.” (Adapted from Syndetics summary.)

Everything I know about love / Dolly Alderton.
“When it comes to the trials and triumphs of becoming a grown up, journalist Dolly Alderton has seen it all. In her memoir, she vividly recounts falling in love, wrestling with self-sabotage, finding a job, throwing a socially disastrous Rod Stewart-themed house party, getting drunk, getting dumped and realising that Ivan from the corner shop is the only man you’ve ever been able to rely on.” (Adapted from Syndetics summary.) 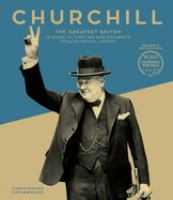 Churchill: the greatest Briton / Christopher Catherwood.
“A richly visual examination of the most revered Briton in history, from his birth at Blenheim Palace, to his inspirational wartime leadership, to his final years as a grand old man of world politics. This illustrated portrait, complete with 160 painstakingly researched photographs, artworks, speeches and letters sourced from the family archives at Cambridge, provides insight into every facet of this remarkable man.” (Adapted from Syndetics summary.)

When we were ghouls: a memoir of ghost stories / Amy E. Wallen.
“When We Were Ghouls follows Wallen’s recollections of her family who, like ghosts, came and went and slipped through her fingers, rendering her memories unclear. Were they a family of grave robbers, as her memory of the pillaging of a pre-Incan grave site indicates? Are they, as the author’s mother posits, ‘hideous people’? Or is Wallen’s memory out of focus?” (Adapted from Syndetics summary.)

Ernest Hemingway: a biography / Mary V. Dearborn.
“His writing was taken up with notions of human dignity and worth, ‘the necessity of man’s freedom, of personal honor,’ notions by which a man should live and die in a world that had lost the possibility of hope. Dearborn’s is the first full biography of Hemingway to be written by a woman, the first to fully explore the causes of his suicide and to substantially deepen our understanding of the man.” (Adapted from Syndetics summary.)

Girls at the Piano / Virginia Lloyd.
“A brilliant memoir about how learning the piano shaped the lives of two women worlds and generations apart that will resonate for music lovers everywhere and for anyone who has tried to master the piano.” (Syndetics summary.)