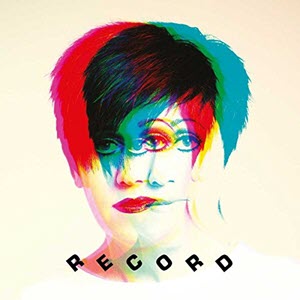 We’ve put together a list of of our favourite CDs from this year’s new releases so far, check out our staff picks below! There’s bit of everything genre wise, so we hope you find something new or something you may have missed when it first came out. Record.
Tracey Thorn’s ageless voice returns with another album of mature pop, her first solo album of entirely original material for seven years. Her female worldview informs the 9 songs on this short album. The beats are back for the dance jam ‘Sister’, with Warpaint’s rhythm section and BVs from Corinne Bailey Rae, and closing track ‘Dancefloor’, but have a more sombre feel on tracks like ‘Face’. Topics include the on-going struggle for female equality (Sister), her musical beginnings (Guitar), motherhood (Babies) & the impact on Social Media of failed relationships (Face). (Mark)

Wallflower.
Born in New Zealand, grew up in Australia and a London resident now, neo-soul singer Jordan Rakei first grabbed the spotlight by working with Disclosure in 2015. His sophomore album ‘Wallflower’ is surprisingly released from Nnija Tune, and is a delicately crafted, beautiful work, featuring his quality songs and silky voice. In comparison with other new-generation soul artists such as The Internet, Hiatus Kaiyote and Nick Hakim, he seems to be a more personal, introspective singer-songwriter, and it’s showcased here. (Shinji)

Singles 1978-2016 / The Fall.
Made especially relevant by Mark E Smith’s recent sad demise, this excellent box set compiles, over seven discs, every single – both A and B sides – from one of the greatest indie bands ever – The Fall. Mark E Smith was a true legend and, unlike artists like Keith Richards who similarly defied established health beliefs, Mark E Smith maintained a high artistic credibility, continuing to produce great, challenging music for close to 40 years – and there are not many artists who can lay such a claim. This set lays it all out, from 1978’s ‘Bingo Master’s Breakout’ to 2016’s ‘Wise Ole Man’. For those less in need of completism there is also a smaller box-set – ‘A-Sides 1978-2016’ which, over three discs, omits the B-Sides. (John) Scorn of Creation.
An outstanding 8-track self-titled debut album from Wellington death metal outfit Scorn of Creation. The band pay tribute to traditional old-school death metal without compromising on a modern, fresh sound. Energetic and raw. I loved it start to finish! (Theresa) Part 2 / Brix & The Extricated.
Fall fans who are especially fond of the slightly more rock oriented ‘Brix era’ albums will be pleased to learn that Brix Smith has got together with ex long term Fall members Steve Hanley (bass guitar), his brother Paul Hanley (drums) and Steve Trafford (guitar and vocals) to make a record that is anything but the cash-in one may dread. Featuring mostly originals plus new versions of three Fall songs, this is a great hard rocking indie record, surprisingly so from a bunch of musos in their fifties, that was described by Drowned In Sound as “One of the great indie-rock releases of 2017”. (John) Woodland echoes.
It’s very good news that he is still making music. Out of the blue, Nick Heyward, the former 80s pop sensation Haircut 100’s front man, released an album for the first time in 18 years and it’s a charmer. His genius songwriting is still up there with the best, such as Paul McCartney, offering dazzling breezy pop music. It’s perfect music for a lazy afternoon. (Shinji) World wide funk.
Since the ‘60’s, US bass player Bootsy Collins has defined funk bass. Starting out as James Brown’s bass player, playing bass on “Get Up (I Feel Like Being a) Sex Machine”, he went on to form Parliament / Funkadelic with George Clinton, collaborated with Deee-Lite on “Groove Is in the Heart”, and in 2010 formed ‘Bootsy Collins’ Funk University’, on online music school. His first album in six years features the 67-year-old laying down grooves as cool and funky as anything he has ever done with guest appearances including Doug E. Fresh, Buckethead, Snoop Dogg, Stanley Clarke, Big Daddy Kane and Chuck D. (John) Ponguru / Al Fraser, Phil Boniface.
Ponguru is a truly unique album fusing seamlessly the sonic worlds of acclaimed jazz bassist Phil Boniface and leading Nga Taonga Puoro player Al Fraser . The resulting album has many faces and facets its Jazz tinged rather than Jazz, ambient in places and like a complex sonic landscape in others, throughout all its pieces it’s always fiercely original , rewarding and hugely atmospheric. Phil’s bass work is of the highest calibre imbuing the whole piece with a core of beautiful rhythmic structure. And Al’s emotive, nuanced playing shows that he is rightfully regarded as one of the finest musicians working in NZ today. (Neil J.)

Black sea.
This re-release of UK post punkers XTC’s 1980 follow up to their chart breaking ‘Drums & Wires’ album gains a lot from Steven Wilson’s remastering. In fact it sounds like a different record from the muddy original with lovely crisp drums and excellent deep bass which allow the songs to fully breathe. The album captures the band in full flight as they played over 150 live gigs in 1980, a couple of years before they stopped playing live altogether to become a strictly studio based band. Consequently the musos are very tight, playing with real precision and fire throughout what is an excellent example of ‘80’s post punk / new wave power pop. (John) Mnestic pressure.
Coming from the experimental edge of electronica, UK producer Lee Gamble’s latest record is an abstract yet rewarding creation that, with no irony, pays an often beatless and atmospheric homage to three decades of UK dance music’s hardcore continuum—acid house, rave, jungle, 2-step, and IDM – all put through an ambient filter. Each of the 13 tracks are three minutes or less and are like excerpts from a dream conjured from the shards of memories of a life lived in club culture – twisted, fragmented, strangely haunting and at times challenging. It’s as if, long after the club has closed, the sounds still sputter, writhe, and skitter of their own accord, living out their own natural grace and decay. (John) Contra la indecisión / Bobo Stenson Trio.
Swedish pianist Bobo Stenson’s career has spanned five decades, and he has been one of the leading artists of ECM since their early days. Now in his 70s, his graceful lyricism shines more than ever and provides one of his finest albums. He is a master of taking non-jazz compositions into jazz idioms and for this album, a Cuban song (the title track) and classical music pieces by Bartok, Satie and Mompou are transformed wonderfully. The trio shows a great cohesion and versatility and weaves beautiful stories. It’s music that grows inside of you like a good wine. Exquisite. (Shinji) The thread that keeps us.
The tenth album from long time tex-mex rockers Calexico finds them incorporating their early alt rock style while maintaining the intimacy and evocative atmosphere of later releases, which results in their best record for some time. Featuring, alongside the Tijuana trumpets, nicely distorted guitar, funky grooves and even the occasional ska rhythm, this record displays a fresh vibrancy which, hopefully, will gain for the band a new generation of listeners, while long term fans will be pleased to know that Joey Burns fine song writing skills are still well demonstrated. (John)

Composing motion : the sound of tangible motion sculpture.
Len Lye was one of New Zealand’s finest and most visionary, visual and sculptural artists to whose reputation just keeps on growing and growing. And sound was an integral part of many of his pieces. This CD isn’t music by any conventional definition of music it is basically field sound recordings of some of his kinetic sculptures . That said the sounds are strange, ethereal, haunting, dense, dynamic and eerie. If you really want to listen to something unique then Composing motion is a wonderful and fascinating experience and a valuable addition to Len Lye’s legacy. (Neil J.) Enclosures 2011-2016.
South Island electronic composer Clinton Williams, aka Omit, is a reclusive artist considered by many to be a genius. This beautifully presented five disc box set, with a written intro from Bruce Russell, contains Omit’s most recent output, previously released as limited run CDRs all hand made by the artist. He makes all of the analogue equipment used to create his long excursions into experimental electronica, which uses no computers whatsoever, and he illustrates each release with intricate black and white graphics depicting arcane systems and alien life forms. These discs present an alternate world as much as a musical experience, one that requires the submission of the listener who is rewarded with a journey into unknown regions. (John) French Kiwi Juice.
French DJ and multi-instrumentalist Vincent Fenton, aka FKJ (French Kiwi Juice – named after his dual nationality in France and New Zealand), shows off his talent and offers a delightful fusion music of soul, jazz and house in this debut album. The list of his influences includes Pharell Williams, Herbie Hancock and Al Green, and deftly using vintage instruments with the programming, he creates a unique sound texture. It’s very much music of today but a mellow, retro feeling within. One to watch. (Shinji)