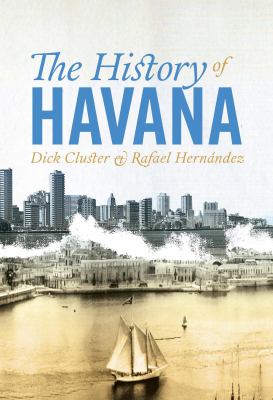 This month’s picks see a decent amount of Kiwi content, with Peter Wells’s Dear Oliver looking at the Pākehā past with a collection of family letters, and a collection of academics assembled to discuss our government’s approach to welfare with Social Investment: A New Zealand Policy Experiment. On the topic of World War II we have tomes regarding the defense of Britain against invasion and the man regarded as responsible for it (and his subsequent legacy issues). We also look to recent Middle Eastern conflicts with a book on the international geopolitical influence on the Syrian conflict and a more personal story of two sisters who traveled to the Islamic State as jihadists.

Paths to the past : encounters with Britain’s hidden landscapes / Francis Pryor.
“Landscapes reflect and shape our behaviour. They make us who we are and bear witness to the shifting patterns of human life over generations. Formed by a series of natural and human processes, they rarely yield their secrets readily. Bringing to bear a lifetime’s digging, Francis Pryor delves into England’s hidden urban and rural landscapes.” (Syndetics summary)

Defending island Britain in the Second World War : documentary sources / David Rogers.
“Britain’s close proximity to Europe – and the unfolding scale of conflict – also brought challenges of their own (especially following the fall of France and Norway). Airfields once in Allied hands were quickly manned with Axis aircraft and personnel – making it possible for them to attack a far greater area of the United Kingdom’s countryside and towns. In amongst these challenges, the civilian and armed forces determined a path forward (some of the plans for which have never been documented). The following just scratches the surface of the ingenuity and bravery of many people and children.” (Abridged from Syndetics summary)

Two sisters : a father, his daughters, and their journey into the Syrian jihad / Åsne Seierstad ; translated from the Norwegian by Seán Kinsella.
“The riveting story of two sisters’ journey to the Islamic State and the father who tries to bring them home. Asne Seierstad puts the problem of radicalization into painfully human terms, using instant messages and other primary sources to reconstruct a family’s crisis from the inside. Eventually, she takes us into the hellscape of the Syrian civil war, as Sadiq risks his life in pursuit of his daughters, refusing to let them disappear into the maelstrom.” (Abridged from Syndetics summary)

Dear Oliver : uncovering a Pākehā history / Peter Wells.
“When writer and historian Peter Wells found a cache of family letters amongst his elderly mother’s effects, he realised that he had the means of retracing the history of a not-untypical family swept out to New Zealand during the great nineteenth-century human diaspora from Britain. His family experienced the war against Te Kooti, the Boer War, the Napier earthquake of 1931 and the Depression. In digging deep into their stories, examining letters from the past and writing a letter to the future, Peter Wells constructs a novel and striking way to view the history of Pākehā New Zealanders.” (Abridged from Syndetics summary)

Winston Churchill, myth and reality : what he actually did and said / Richard M. Langworth.
“Winston Churchill, indispensable when liberty was in peril, died in 1965. Yet he is still accused of numerous sins, from alcoholism and racism to misogyny and warmongering. On the Internet, he simmers in a stew of imagined misdeeds–using poison gas, firebombing Dresden, causing the Bengal famine, and so on. Drawing on the author’s fifty years of research and writing on Churchill, this book uncovers scores of myths surrounding him–the popular and the obscure–to reveal what he really said and did about many issues.” (Abridged from Syndetics summary)

The history of Havana / Dick Cluster and Rafael Hernández.
“From its colonial roots to its communist revolution, authors Dick Cluster and Rafael Hernández examine not only the ruptures in Havana’s life, but its continuities as well. The traditions that make the city unique, like its idiosyncratic combination of territorialism and hospitality or its proclivity for protest, are as much a drive for change as an integral element of its character. Drawing on oral histories and cultural artifacts alike, this history acknowledges the rich and artfully selected stories of the citizens, from their fascinating exploits to their grand successes, making it a superbly well-rounded account of the most alluring city in the Caribbean.” (Abridged from Syndetics summary)

Miracle at Midway / Gordon W. Prange with Donald M. Goldstein and Katherine V. Dillon.
“Six months after Pearl Harbor, the seemingly invincible Imperial Japanese Navy prepared a decisive blow against the United States. After sweeping through Asia and the South Pacific, Japan’s military targeted the tiny atoll of Midway, an ideal launching pad for the invasion of Hawaii and beyond. The United States Navy would be waiting for them. Thanks to cutting-edge code-breaking technology, tactical daring, and a huge stroke of luck, the Americans under Admiral Chester W. Nimitz dealt the Japanese navy its first major defeat of the war. Three years of hard fighting remained, but it was at Midway that the tide turned.” (Abridged from Syndetics summary)

Social investment : a New Zealand policy experiment / edited by Jonathan Boston and Derek Gill.
“As ideas about social investment evolve, this book brings together leading academics, commentators and policy analysts from the public and private sectors to answer three big questions: How should social investment be defined and conceptualized? How should it be put into practice? In what policy domains can it be most productively applied? As governments in New Zealand and abroad continue to explore how best to tackle major social problems, this book is essential for people seeking to understand social policy in the twenty-first century.” (Abridged from Syndetics summary)

The battle for Syria : international rivalry in the new Middle East / Christopher Phillips.
“Most accounts of Syria’s brutal, long-lasting civil war focus on a domestic contest that began in 2011 and only later drew foreign nations into the escalating violence. Christopher Phillips argues instead that Syria’s war was, from the very start, profoundly influenced by regional factors. Without absolving the brutal Bashar al-Assad regime, the author untangles the key external factors which explain the acceleration and endurance of the conflict, including the West’s strategy against ISIS.” (Abridged from Syndetics summary)