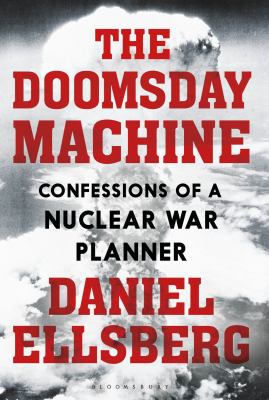 Beginning with Why Things Are Better Than You Think, and ending with In Conclusion, Don’t Worry About It, the books in between look at the poverty of the working class, the increasing inequality suffered by the middle class, and many others.

Factfulness : Ten Reasons We’re Wrong About the World–and Why Things Are Better Than You Think
“When asked simple questions about global trends– what percentage of the world’s population live in poverty; why the world’s population is increasing; how many girls finish school –we systematically get the answers wrong. In Factfulness, Hans Rosling offers a radical new explanation of why this happens. Our problem is that we don’t know what we don’t know, and even our guesses are informed by unconscious and predictable biases. It turns out that the world, for all its imperfections, is in a much better state than we might think. That doesn’t mean there aren’t real concerns. But when we worry about everything all the time instead of embracing a worldview based on facts, we can lose our ability to focus on the things that threaten us most.” (adapted from Syndetics summary)

The new urban crisis : how our cities are increasing inequality, deepening segregation, and failing the middle class– and what we can do about it / Richard Florida.
“In recent years, the young, educated, and affluent have surged back into cities, reversing decades of suburban flight and urban decline. And yet all is not well, Richard Florida argues in The New Urban Crisis. Florida demonstrates how the same forces that power the growth of the world’s superstar cities also generate their vexing challenges: gentrification, unaffordability, segregation, and inequality. Meanwhile, many more cities still stagnate, and middle-class neighborhoods everywhere are disappearing. Our winner-take-all cities are just one manifestation of a profound crisis in today’s urbanized knowledge economy.” (adapted from Syndetics summary)

Meet the Frugalwoods : achieving financial independence through simple living / Elizabeth Willard Thames.
“In 2014, Liz Thames and her husband, Nate, were conventional young urban professionals working nine-to-five jobs. Determined to retire as early as possible in order to start living each day–as opposed to wishing time away working for the weekends–they enacted a plan to save as much money as they could. In less than three years, Liz and Nate reached their goal. Today they are financially independent and living out their dream with their young daughters on a sixty-six acre homestead in the woods of Vermont.” (adapted from book cover)

Broke and patriotic : why poor Americans love their country / Francesco Duina.
“Why are poor Americans so patriotic? They have significantly worse social benefits compared to other Western nations, and studies show that the American Dream of upward mobility is, for them, largely a myth. So why do these people love their country? Why have they not risen up to demand more from a system that is failing them? In Broke and Patriotic, Francesco Duina contends that the best way to answer these questions is to speak directly to America’s most impoverished. Spending time in bus stations, Laundromats, senior citizen centers, homeless shelters, public libraries, and fast food restaurants, Duina conducted over sixty revealing interviews in which his participants explain how they view themselves and their country.” (adapted from Syndetics summary)

“We are all fast-food workers now” : the global uprising against poverty wages / Annelise Orleck.
“Tracing a new labor movement sparked and sustained by low-wage workers from across the globe, We Are All Fast-Food Workers Now is an urgent, illuminating look at globalization as seen through the eyes of workers-activists: small farmers, fast-food servers, retail workers, hotel housekeepers, home-healthcare aides, airport workers, and adjunct professors who are fighting for respect, safety, and a living wage. With original photographs by Liz Cooke and drawing on interviews with activists in many US cities and countries around the world, including Bangladesh, Cambodia, Mexico, South Africa, and the Philippines, it features stories of resistance and rebellion, as well as reflections on hope and change as it rises from the bottom up.” (adapted from Syndetics summary)

The patterning instinct : a cultural history of humanity’s search for meaning / Jeremy Lent.
“Taking the reader on an archaeological exploration of the mind, the author, an entrepreneur and sustainability leader, uses recent findings in cognitive science and systems theory to reveal the hidden layers of values that form today’s cultural norms. By shining a light on our possible futures, the book foresees a coming struggle between two contrasting views of humanity: one driving to a technological endgame of artificially enhanced humans, the other enabling a sustainable future arising from our intrinsic connectedness with each other and the natural world. This struggle, it concludes, is one in which each of us will play a role through the meaning we choose to forge from the lives we lead.” (adapted from Syndetics summary)

The line becomes a river / Francisco Cantú.
“Cantú: the border is in the blood: his mother, a park ranger and daughter of a Mexican immigrant, raised him in the scrublands of the Southwest. Haunted by the landscape of his youth, Cantú joins the Border Patrol. He and his partners are posted to remote regions crisscrossed by drug routes and smuggling corridors, where they learn to track other humans under blistering sun and through frigid nights. They haul in the dead and deliver to detention those they find alive. Cantú tries not to think where the stories go from there. Plagued by nightmares, he abandons the Patrol for civilian life. But when an immigrant friend travels to Mexico to visit his dying mother and does not return, Cantú discovers that the border has migrated with him, and now he must know the whole story.” (adapted from publisher’s description)

Microtrends Squared : The New Small Forces Driving the Big Disruptions Today
“Ten years after his bestseller Microtrends, Mark Penn identifies the next wave of trends reshaping the future of business, politics, and culture. Mark Penn has boldly argued that the future is not shaped by society’s broad forces but by quiet changes within narrow slices of the population. Ten years ago, he showed how the behavior of one small group can exert an outsized influence over the whole of America. Today, the world is in perplexing upheaval, and microtrends are more influential than ever.” (adapted from Syndetics summary)

The doomsday machine : confessions of a nuclear war planner / Daniel Ellsberg.
“Here, for the first time, former high level defense analyst Daniel Ellsberg reveals his shocking first-hand account of America’s nuclear program in the 1960s. From the remotest air bases in the Pacific Command, where he discovered that the authority to initiate use of nuclear weapons was widely delegated, to the secret plans for general nuclear war under Eisenhower, which, if executed, would cause the near-extinction of humanity, Ellsberg shows that the legacy of this most dangerous arms buildup in the history of civilization–and its proposed renewal under the Trump administration–threatens our very survival.” (adapted from publisher’s description)

How we met : the ways great love begins… / Michèle A’Court.
“How We Met is based on a collection of ‘How We Met’ stories – those lovely stories couples love to tell (and we all love to hear) about how they got together. The author’s theory: that these stories of how couples meet – the romantic, absurd, serendipitous, convoluted, scandalous, breath-taking moments of connection – help to weave their lives together. Partly as ‘proof’ that they were meant to begin this couple-journey, and also because in each retelling they go back to those first falling-in-love feelings and rekindle the passion.” (adapted from Syndetics summary)

In conclusion, don’t worry about it / Lauren Graham.
“If you’re kicking yourself for not having accomplished all you should have by now, don’t worry about it. Even without any ‘big’ accomplishments yet to your name, you are enough.
In this expansion of the 2017 commencement speech she gave at her hometown Langley High, Lauren Graham, the beloved star of Gilmore Girls and Parenthood, reflects on growing up, pursuing your dreams, and living in the here and now.” (adapted from Syndetics summary)