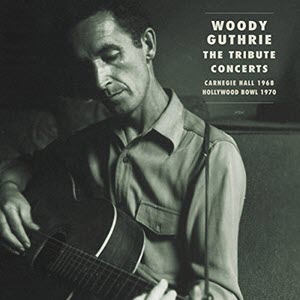 Check out some of these newly catalogued CDs in our AV collection including the new albums by Franz Ferdinand and Calexico. The fantastic 3 CD box set How is the Air Up There? offers 80 recordings from more than 50 New Zealand’s artists in the 60s and should not be missed. Nils Frahm – All melody
“For the past two years, Nils Frahm has been building a brand new studio in Berlin to make his 7th studio album titled All Melody. Since the day Nils first encountered the impressive studio of a family friend, he had envisioned to create one of his own at such a large scale. It is here where he has spent most of his time deconstructing and reconstructing the entire space from the cabling and electricity to the woodwork, before moving on to the finer elements; building a pipe organ and creating a mixing desk all from scratch. All Melody is, in fact, proof that music is limitless, timeless, and reflects that of Nils’ own capabilities. From a boy’s dream to resetting the parameters of music itself.” (adapted from amazon.co.uk) Calexico – The thread that keeps us
“The ninth studio album from Calexico, The Thread That Keeps Us is a timely snapshot of the Arizona-bred band: a family portrait capturing their stylistic variety and unpredictability while still finding solace in limitless creativity. In bringing the album to life, vocalist/guitarist Joey Burns and drummer John Convertino found a spiritual home in unusual surroundings—not in Arizona, but on the Northern California coast in a home-turned-studio called the Panoramic House.” (adapted from amazon.co.uk) Justin Timberlake – Man of the woods
“The fifth studio album by pop superstar Justin Timberlake. Man Of The Woods was produced by Timberlake, The Neptunes, Timbaland, Danja, Eric Hudson, and Rob Knox. As with FutureSex/LoveSounds, recording sessions for the album were loose and had multiple studios open for work.” (adapted from realgroovy.co.nz) Franz Ferdinand – Always ascending
“Franz Ferdinand present the new album Always Ascending. Nothing short of a rebirth, the album’s 10 songs are a triumphant recasting of the group, bursting with fresh ideas and vigorous sonic experimentation. Always Ascending was recorded at RAK Studios, London and Motorbass in Paris, with the help of French producer extraordinaire Philippe Zdar (Cassius, Phoenix, The Beastie Boys), the mutual affection between band and producer seeping into every dazzling groove.” (adapted from amazon.co.uk) How is the air up there? : 80 mod, soul, RnB & freakbeat nuggets from Down Under
“Inspired by The Looking Series collections on RPM of UK 60s Nuggets, we now look in the world mirror at New Zealand. For the latest in the RPM/Frenzy Music collaborations, following sets from Larry’s Rebels, The Fourmyula, Ray Columbus, The Dave Miller Set, and the Girl Group Sound down-under on Come and See Me, we explore the mid 60’s club scene and the various classic singles tailored for that scene.” (adapted from amazon.co.uk) Revolutionary spirit : the sound of Liverpool 1976-1988
“Features classics, rarities, album tracks and previously unreleased gems from Echo And The Bunnymen, Teardrop Explodes, OMD, The La’s, Frankie Goes To Hollywood, Dead Or Alive, China Crisis, A Flock Of Seagulls, Wild Swans, Big In Japan and many more.” (adapted from amazon.co.uk)