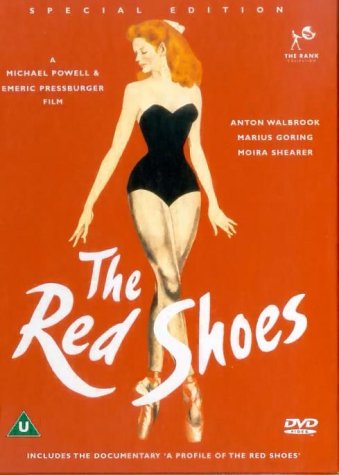 NZ Dance Week is coming up (April 21 – 29) and Central Library is offering some evening events to celebrate it. For more details about the events, see our NZDW blog post. To get you in the mood, check out these DVDs and get ready to boogie!

La la land.
“Mia, an aspiring actress, serves lattes to movie stars in between auditions and Sebastian, a jazz musician, scrapes by playing cocktail party gigs in dingy bars, but as success mounts they are faced with decisions that begin to fray the fragile fabric of their love affair, and the dreams they worked so hard to maintain in each other threaten to rip them apart.” (Adapted from Syndetics summary)

Billy Elliot.
“Set in a northern mining town, against the background of the 1984/’85 miner’s strikes. Billy’s journey takes him out of the boxing ring and into a ballet class where he discovers a passion for dance that inspires his family and whole community and changes his life forever.” (Adapted from Syndetics summary)

Hip hop-eration.
“These senior citizens may each be almost a century young, but for Kara, (94) Maynie, (95) and Terri (93), the journey to Las Vegas and the World Hip Hop Dance Championships is just the beginning of a life’s journey. Along with twenty-four other nonagenarians they defy the odds and hip-hop their way into the hearts and minds of thousands of young fans from around the world. Along the way we hear how these extraordinary characters contributed to New Zealand as we know it. Their stories are a reminder of our history as a nation and the joy of living life to the fullest.” (Adapted from Syndetics summary)

Pina.
“A film about the life and work of Pina Bausch, dancer and choreographer, who died in 2009 which features some of her greatest choreographies as performed by her Tanztheater Wuppertal ensemble.” (Adapted from Syndetics summary)

The red shoes.
“Film of the ballet based on the Hans Christian Andersen fairy tale of a young girl who cannot stop thinking about her red dancing shoes. In this modern version, Vicky Page finds herself caught between simple human passion and artistic devotion to the ballet.” (Adapted from Syndetics summary)

The dancer
“French singer/actress Soko and Lily-Rose Depp lead a star-studded cast in Stephanie Di Giustos spectacularly mounted screen biography, inspired by the true story of two rival pioneers of modern dance and theatrical performance in late 19th-century Paris. Nothing in her background destined Loe Fuller (Soko) to become the toast of the Belle Epoque cabarets or to perform at the Paris Opera. However, meeting with Isadora Duncan (Depp) a beautiful young prodigy hungry for glory that threatened everything.” (Adapted from Syndetics summary)

Shall we dance?.
A funny comedy set in Japan about a middle aged discontented workaholic who find his passion – and himself in ballroom dancing. A hilarious and highly recommended film! (Katie)

Footloose.
“A city boy comes to a small town where rock music and dancing have been banned.” (Adapted from Syndetics summary)

Black swan.
In order for prima ballerina, Nina to embrace her dark side for her role as the white and black swan in Swan Lake, she loses grip on reality, as well as herself. Overall a gripping film that will have you on edge from start to finish and visualises the dark side of dance and ballet. It is also nice to see a darker and provocative side of Natalie Portman and is a welcome change from the sweet, innocent girly roles she has previously played. (Katie)

Strictly ballroom.
Things get messy in the world of Australian ballroom dancing – and dance politics when a championship ballroom dancer and his ugly duckling dance partner decide to compete together and break all the rules in dancing. Directed by Baz Luhrmann and part of “the red curtain trilogy”*, Strictly Ballroom is a great film with awesome dance moves, a killer soundtrack and a true celebration of dancing. [*The Red Curtain Trilogy has been described by Luhrmann as following a specific filmmaking technique, not necessarily a trilogy in the traditional sense. The Red Curtain Trilogy is the title given to the first three films directed by Baz Luhrmann: Strictly Ballroom, Romeo and Juliet and Moulin Rouge]. (Katie)