No art form better captures the passion and politics of humanity than dance. From the Soviet-American ballet rivalry of the Cold War to the rise of Lindy Hop in 1920s Harlem to the emergence of waacking from the LGBTQI clubs of 1970s LA, dance explores—and occasionally crosses—boundaries of nation, culture, gender and sexuality. New Zealand is no exception, and as part this year’s Dance Week we’ve got Dancing Through the Pages, a series of talks and performances by Wellington-based dancers and artists. And if you can’t wait until then, we’ve also got some great dance biographies, from Vaslav Nijinsky to Michael Jackson and beyond!

Nijinsky / Lucy Moore.
“The first major biography for forty years tells the tragic story of ballet’s great revolutionary, Nijinsky. ‘He achieves the miraculous,’ the sculptor Auguste Rodin wrote of Vaslav Nijinsky. He embodies all the beauty of classical frescoes and statues. Like so many since, Rodin recognised that in Nijinsky classical ballet had one of the greatest and most original artists of the twentieth century, in any genre.” (Adapted from Syndetics summary.)

Modern bodies : dance and American modernism from Martha Graham to Alvin Ailey / Julia L. Foulkes.
“In 1930, dancer and choreographer Martha Graham proclaimed the arrival of “dance as an art of and from America.” Through their art, modern dancers challenged conventional roles and images of gender, sexuality, race, class and regionalism. Modern Bodies exposes the social dynamics that moved modern dance to the edges of society, a place both provocative and perilous.” (Adapted from Syndetics summary.)

Josephine Baker / written by José-Louis Bocquet ; art by Catel Muller ; historical consultant, Jean-Claude Bouillon-Baker.
“Josephine Baker was 19 years old when she found herself in Paris for the first time. Overnight, the young American dancer became the idol of the Roaring Twenties, captivating Picasso, Cocteau, Le Corbusier and Simenon. After World War II, Baker devoted herself to the struggle against racial segregation, battling the humiliations she had for so long suffered. She would sing of love and liberty until the day she died.” (Adapted from Syndetics summary.)

He’s got rhythm : the life and career of Gene Kelly / Cynthia Brideson & Sara Brideson.
“He sang and danced in the rain, proclaimed New York to be a wonderful town and convinced a group of Parisian children that they had rhythm. One of the most influential and respected entertainers of Hollywood’s golden age, Gene Kelly revolutionized film musicals with his innovative and timeless choreography.” (Adapted from Syndetics summary.) 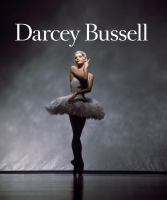 Darcey Bussell / Darcey Bussell.
“Darcey Bussell is widely considered to be one of the greatest English ballerinas of all time. Her stellar career spanned two decades of magnificent dance where she worked with Dame Margot Fonteyn, observed an aging Nureyev, crossed swords with rival prima ballerina Sylvie Guillem, argued the finer points of technique with Sir Kenneth MacMillan and danced for Her Majesty Queen Elizabeth II.” (Adapted from Syndetics summary.)

Moonwalk / Michael Jackson.
“Moonwalk is the only book about his life that Michael Jackson ever wrote. It chronicles his humble beginnings in the Midwest, his early days with the Jackson 5 and his unprecedented solo success.” (Adapted from Syndetics summary.)

America dancing : from the cakewalk to the moonwalk / Megan Pugh.
“An exuberant history of American dance, told through the lives of virtuoso performers who have defined the art. The history of American dance reflects the nation’s tangled culture. Dancers from wildly different backgrounds learned, imitated and stole from one another. Audiences everywhere embraced the result as deeply American.” (Adapted from Syndetics summary.)

Remembering Nureyev : the trail of a comet / Rudi van Dantzig ; translation by Katie de Haan.
“Famously volatile, fickle in his passions for people, but with astonishing charisma onstage and off, Rudolf Nureyev is regarded as one of the greatest male ballet dancers of the twentieth century. This is a book balletomanes cannot miss, with an eagle-eyed sharpness that never dissolves into hagiography or gossip.” (Adapted from Syndetics summary.)