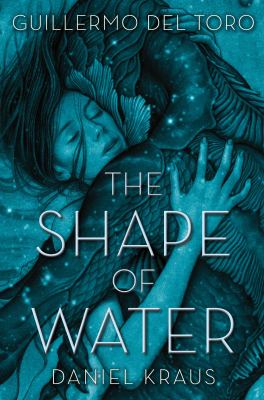 The ‘other genres’ category this month features historical fiction. This latest selection includes a new novel by the popular, prolific Bernard Cornwell. Highly recommend is the much praised debut novel by Imogen Hermes Gowar, titled The Mermaid and Mrs Hancock.

Carnegie’s Maid : a novel / Marie Benedict.
“Clara Kelley is not who they think she is. She’s not the experienced Irish maid who was hired to work in one of Pittsburgh’s grandest households. She’s a poor farmer’s daughter with nowhere to go and nothing in her pockets, but the other woman with the same name has vanished, and pretending to be her just might get Clara some money to send back home. If she can keep up the ruse, that is. Serving as a lady’s maid in the household of Andrew Carnegie requires skills he doesn’t have, answering to an icy mistress who rules her sons and her domain with an iron fist. What Clara does has is an uncanny understanding of business, and Andrew begins to rely on her. But Clara can’t let her guard down, not even when Andrew becomes something more than an employer. Revealing her past might ruin her future and her family’s.” (Adapted from Syndetics summary)

The girls in the picture / Melanie Benjamin.
“It is 1914, and twenty-five-year-old Frances Marion has left her (second) husband and her Northern California home for the lure of Los Angeles, where she is determined to live independently as an artist. But the new industry of the silent moving pictures is enthralling theatergoers everywhere. In this fledgling industry, Frances finds her true calling: writing stories for this wondrous new medium. She also makes the acquaintance of actress Mary Pickford. The two ambitious young women hit it off instantly, their kinship fomented by their mutual fever to create, to move audiences to a frenzy, to start a revolution. But their ambitions are challenged by both the men around them and the limitations imposed on their gender and their astronomical success could come at a price.” (Adapted from Syndetics summary)

Warriors of the storm / Bernard Cornwell.
“King Alfred’s son Edward and formidable daughter, Ãthelflaed, rule Wessex, Mercia and East Anglia. But all around the restless Northmen, eyeing the rich lands and wealthy churches, are mounting raids. Uhtred of Bebbanburg, the kingdom’s greatest warrior, controls northern Mercia from the strongly fortified city of Chester. But forces are rising up against him. Northmen allied to the Irish, led by the fierce warrior Ragnall Ivarson, are soon joined by the Northumbrians, and their strength could prove overwhelming. Despite the gathering threat, both Edward and Ãthelflaed are reluctant to move out of the safety of their fortifications. But with Uhtred’s own daughter married to Ivarson’s brother, who can be trusted?” (Adapted from Syndetics summary)

Greyfriars House / Emma Fraser.
“Once a home full of love, all that remains in Greyfriars House are secrets and lies. On a remote Scottish island sits Greyfriars House, a house haunted by unspoken words and family mysteries. But once it was a happy and comforting place and in the summer of 1939, family and friends gather to forget their fears about the impending war.”

The mermaid and Mrs Hancock : a history in three volumes / written by Imogen Hermes Gowar.
“This voyage is special. It will change everything. One September evening in 1785, the merchant Jonah Hancock hears urgent knocking on his front door. One of his captains is waiting eagerly on the step. He has sold Jonah’s ship for what appears to be a mermaid. As gossip spreads through the docks, coffee shops, parlours and brothels, everyone wants to see Mr. Hancock’s marvel. Its arrival spins him out of his ordinary existence and through the doors of high society. At an opulent party, he makes the acquaintance of Angelica Neal, the most desirable woman he has ever laid eyes on and a courtesan of great accomplishment. This meeting will steer both their lives onto a dangerous new course, on which they will learn that priceless things come at the greatest cost.” (Adapted from Syndetics summary)

The great alone / Kristin Hannah.
“Ernt Allbright, a former POW, comes home from the Vietnam war a changed and volatile man. When he loses yet another job, he makes an impulsive decision: he will move his family north, to Alaska, where they will live off the grid in America’s last true frontier. At first, Alaska seems to be the answer to their prayers. In a wild, remote corner of the state, they find a fiercely independent community of strong men and even stronger women. The long, sunlit days and the generosity of the locals make up for the Allbrights’ lack of preparation and dwindling resources. But as winter approaches and darkness descends on Alaska, Ernt’s fragile mental state deteriorates and the family begins to fracture, soon the perils outside pale in comparison to threats from within.” (Adapted from Syndetics summary)

The sealwoman’s gift / Sally Magnusson.
“Barbary pirates raided the coast of Iceland and abducted some 400 of its people, including 250 from a tiny island off the mainland. Among the captives sold into slavery in Algiers were the island pastor, his wife and their three children. This story is told through the voice of the pastor’s wife Asta” (Adapted from Syndetics summary)

An unlikely agent / Jane Menczer.
“London, 1905. Margaret Trant lives with her ailing, irascible mother in a dreary boarding house in St John’s Wood. The pair have fallen on hard times, with only Margaret’s meagre salary from a ramshackle import-export company keeping them afloat. When a stranger on the tram hands her a newspaper open at the recruitment page, Margaret spots an advertisement that promises to ‘open new horizons beyond your wildest dreams!’ After a gruelling interview, she finds herself in a new position as a secretary in a dingy backstreet shop. But all is not as it seems; she is in fact working for a highly secret branch of the intelligence service, Bureau 8, whose mission is to track down and neutralise a ruthless band of anarchists known as The Scorpions.” (Adapted from Syndetics summary)

Pale horse riding / Chris Petit.
“By 1943 Auschwitz is the biggest black market in Europe. The garrison has grown epically corrupt on the back of the transportations and goods confiscated, and this is considered even more of a secret than the one surrounding the mass extermination. Everything is done to resist penetration until August Schlegel and SS officer Morgen, after solving the case of the butchers of Berlin, are sent in disguised as post office officials to investigate an instance of stolen gold being sent through the mail. Their chances of getting out of Auschwitz alive are almost nil, unless Schlegel and Morgen accept that the nature of the beast they are fighting means they too must become as corrupt as the corruption they are desperate to expose. Even if they survive, will it be at the cost of losing their souls?” (Adapted from Syndetics summary)

The shape of water / Guillermo del Toro and Daniel Kraus.
“It is 1962, and Elisa Esposito, mute her whole life, orphaned as a child, is struggling with her humdrum existence as a janitor working the graveyard shift at Baltimore’s Occam Aerospace Research Center. Were it not for Zelda, a protective coworker, and Giles, her loving neighbor, she doesn’t know how she’d make it through the day. Then, one fateful night, she sees something she was never meant to see, the Center’s most sensitive asset ever: an amphibious man, captured in the Amazon, to be studied for Cold War advancements. The creature is terrifying but also magnificent, capable of language and of understanding emotions and Elisa can’t keep away. Using sign language, the two learn to communicate. Soon, affection turns into love, and the creature becomes Elisa’s sole reason to live. But outside forces are pressing in. Richard Strickland, the obsessed soldier who tracked the asset through the Amazon, wants nothing more than to dissect it before the Russians get a chance to steal it. Elisa has no choice but to risk everything to save her beloved.” (Adapted from Syndetics summary)