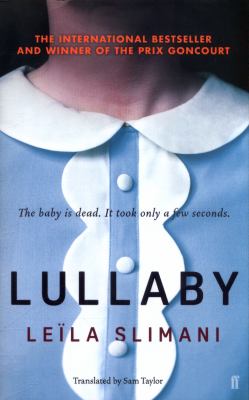 The only story / Julian Barnes.
“First love has lifelong consequences, but Paul doesn’t know anything about that at nineteen. At nineteen, he’s proud of the fact his relationship flies in the face of social convention. As he grows older, the demands placed on Paul by love become far greater than he could possibly have foreseen.” (Adapted from Syndetics summary)

Three things about Elsie / Joanna Cannon.
“84-year-old Florence has fallen in her flat at Cherry Tree Home for the Elderly. As she waits to be rescued, Florence wonders if a terrible secret from her past is about to come to light; and, if the charming new resident is who he claims to be, why does he look exactly like a man who died sixty years ago?” (Adapted from Syndetics summary)

The melody / Jim Crace
“Alfred Busi is mourning the recent death of his wife and quietly living out his days in the large villa he has always called home. Then one night Busi is attacked by a creature he disturbs as it raids the contents of his larder. Busi is convinced that what assaulted him was no animal, but a child, and his words fan the flames of old rumour, of an ancient race of people living in the bosk surrounding the town, and new controversy: the town’s paupers, the feral wastrels at its edges, must be dealt with, once and for all.” (Adapted from Syndetics summary)

Sweet bean paste / Durian Sukegawa ; translated by Alison Watts.
“Sentaro has failed: he has a criminal record, drinks too much, and hasn’t managed to fulfill his dream of becoming a writer. Instead, he works in a confectionery shop selling dorayaki, a type of pancake filled with a sweet paste made of red beans. With only the blossoming of the cherry trees to mark the passing of time, he spends his days listlessly filling the pastries. Until one day an elderly, handicapped woman enters the shop. Tokue makes the best bean paste imaginable, and begins to teach Sentaro her art. But as their friendship flourishes, societal prejudices become impossible to escape, in this quietly devastating novel about the burden of the past and the redemptive power of friendship.” (Adapted from Syndetics summary)

The pope of Palm Beach / Tim Dorsey.
“Growing up, Serge was enthralled by the Legend of Riviera Beach, aka Darby, a welder at the port who surfed the local waves long before the hot spots were hot. A god on the water, the big-hearted surfer was a friend to everyone, the younger surfers, cops, politicians, wealthy businessmen and ordinary Joes, a generosity of spirit that earned him the admiration of all. Meanwhile, there was a much murkier legend that made the rounds of the schoolyards from Serge’s youth,that of the crazy hermit living in a makeshift jungle compound farther up the mysterious Loxahatchee River than anyone dared to venture. Then Serge moved away. But never forgot. Now he’s back, with those legends looming larger than ever in the rearview mirror of his memory. As his literary odyssey moves north from Key West, closer and closer to his old stomping grounds, Serge digs into the past as only Serge can.” (Adapted from Syndetics summary)

The hush / John Hart.
“It’s been ten years since the events that changed Johnny Merrimon’s life and rocked his hometown to the core. Since then, Johnny has fought to maintain his privacy, but books have been written of his exploits; the fascination remains. Living alone on six thousand acres of once-sacred land, Johnny’s only connection to normal life is his old friend, Jack. They’re not boys anymore, but the bonds remain. What they shared. What they lost. But Jack sees danger in the wild places Johnny calls home; he senses darkness and hunger, an intractable intent. Johnny will discuss none of it, but there are the things he knows, the things he can do. A lesser friend might accept such abilities as a gift, but Jack has felt what moves in the swamp: the cold of it, the unspeakable fear.” (Adapted from Syndetics summary)

Sunburn : a novel / Laura Lippman.
“They meet at a local tavern in the small town of Belleville, Delaware. Polly is set on heading west. Adam says he’s also passing through. Yet she stays and he stays, drawn to this mysterious redhead whose quiet stillness both unnerves and excites him. Over the course of a punishing summer, Polly and Adam abandon themselves to a steamy, inexorable affair. Still, each holds something back from the other, dangerous, even lethal, secrets. Then someone dies. Was it an accident, or part of a plan? By now, Adam and Polly are so ensnared in each other’s lives and lies that neither one knows how to get away or even if they want to. Is their love strong enough to withstand the truth, or will it ultimately destroy them?” (Adapted from Syndetics summary)

I’ll keep you safe / Peter May.
“Husband and wife Ruairidh and Niamh Macfarlane co-own Ranish Tweed: a Hebridean company that weaves its own special variety of Harris cloth, which has become a sought-after brand in the world of high fashion. But when Niamh learns of Ruairidh’s affair with Russian designer Irina Vetrov, then witnesses the pair killed by a car bomb in Paris, her life is left in ruins. Along with her husband’s remains, she returns home to the Isle of Lewis, bereft. The Paris police have ruled out terrorism, and ruled in murder, making Niamh the prime suspect, along with Irina’s missing husband, Georgy. And so French Detective Sylvie Braque is sent to the island to look into Niamh’s past, unaware of the dangers that await her. As Braque digs deeper into the couple’s history, Niamh herself replays her life with Ruiairidh, searching her memory for those whose grievances might have led to murder.” (Adapted from Syndetics summary)

Turning for home / Barney Norris.
“Every year, Robert’s family come together at a rambling old house to celebrate his birthday. Aunts, uncles, distant cousins, it has been a milestone in their lives for decades. But this year Robert doesn’t want to be reminded of what has happened since they last met and neither, for quite different reasons, does his granddaughter Kate. Neither of them is sure they can face the party. But for both Robert and Kate, it may become the most important gathering of all.” (Adapted from Syndetics summary)

Lullaby / Leïla Slimani ; translated from the French by Sam Taylor.
“When Myriam, a French-Moroccan lawyer, decides to return to work after having children, she and her husband look for the perfect caretaker for their two young children. They never dreamed they would find Louise: a quiet, polite and devoted woman who sings to their children, cleans the family’s chic apartment in Paris’s upscale tenth arrondissement, stays late without complaint and is able to host enviable birthday parties. The couple and nanny become more dependent on each other. But as jealousy, resentment and suspicions increase, Myriam and Paul’s idyllic tableau is shattered.” (Adapted from Syndetics summary)