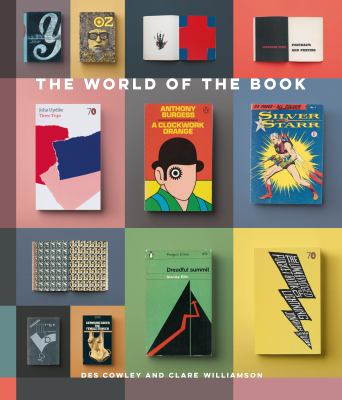 From the pessimist view to the optimistic one, books with all manner of viewpoints appear in this months’ choices. 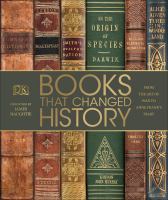 Books that changed history / contributors, Father Michael Collins with Alexandra Black [and 3 others].
“Turn the pages of the most famous books of all time and marvel at the stories behind them. Over 75 of the world’s most celebrated, rare, and seminal books are examined and explained in this stunning treasury. Books That Changed History is a unique encyclopedia spanning the history of the written word, from 3000 BCE to the modern day. Chronological chapters show the evolution of human knowledge and the changing ways in which books are made…” (adapted from Syndetics summary)

Revolution / Emmanuel Macron ; translated by Jonathan Goldberg and Juliette Scott.
“In Revolution, Emmanuel Macron, the youngest president in the history of France, reveals his personal story and his inspirations, and discusses his vision of France and its future in a new world that is undergoing a ‘great transformation’ that has not been known since the Renaissance. This is a remarkable book that seeks to lay the foundations for a new society–a compelling testimony and statement of values by an important political leader who has become the flag-bearer for a new kind of politics.” (adapted from Syndetics summary) 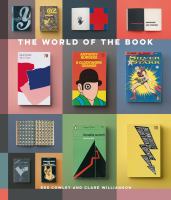 The world of the book / Des Cowley and Clare Williamson.
“All earthly existence must ultimately be contained in a book.’French poet Stephane Mallarme understood that books hold the world’s stories. From the earliest known myths and legends to postmodern fictions, books are mirrors of real worlds, windows into imagined worlds and keepers of powerful ideas. Beautifully illustrated, The World of the Book is a celebration of this age-old tradition drawing upon the rare collections of the State Library of Victoria…” (adapted from Syndetics summary)

Destined for war : can America and China escape Thucydides’s trap? / Graham Allison.
“CHINA AND THE UNITED STATES ARE HEADING TOWARD A WAR NEITHER WANTS. The reason is Thucydides’s Trap, a deadly pattern of structural stress that results when a rising power challenges a ruling one. This phenomenon is as old as history itself. About the Peloponnesian War that devastated ancient Greece, the historian Thucydides explained: “It was the rise of Athens and the fear that this instilled in Sparta that made war inevitable.” Over the past 500 years, these conditions have occurred sixteen times. War broke out in twelve of them. Today, as an unstoppable China approaches an immovable America and both Xi Jinping and Donald Trump promise to make their countries “great again,” the seventeenth case looks grim…” (adapted from Syndetics summary)

Do we need economic inequality? / Danny Dorling.
“In this original new book, Danny Dorling critically analyses historical trends and contemporary assumptions in order to question the idea that inequality is an inevitability. What if, he asks, widespread economic inequality is actually just a passing phase, a feature of the capitalist transition from a settled rural way of life to our next highly urban steady-state? Is it really likely that we face a Blade Runner -style dystopian future divided between a tiny elite and an impoverished mass? Dorling shows how a stabilising population, changing gender relations and rising access to education make a more egalitarian alternative to this nightmare vision not only preferable, but realistic. This bold contribution to one of most significant debates of our time will be essential reading for anyone interested in our economic, social and political destiny.” (Syndetics summary)

Artificial intelligence : the quest for the ultimate thinking machine / Richard Urwin.
“What is Artificial Intelligence (AI)? What can it do and how is it created? In this highly accessible guide to the subject, Richard Urwin bases his assessment of AI on the definition of AI as a tool that is ‘constructed to aid or substitute for human thought’. He explains how AI came about, the importance of the development of the computer and then examines how AI has developed over the years through the construction of computer programs and how the language used to construct these programs has become more and more sophisticated, thus allowing AI to become better and better.” (adapted from Syndetics summary)

The End of Old Age
“In this revolutionary book, Dr Marc Agronin explores the new reality of old age: that aging is not ‘old age’, but a life force with struggles and triumphs, losses and gifts, and a chance to live well. As one of America’s leading geriatric psychiatrists, Dr Agronin sees both the sickest and healthiest of senior members of society; he observes what makes their lives better and more purposeful, and what doesn’t. The latest scientific research and Dr Agronin’s first-hand experience are brilliantly and often movingly distilled in The End of Old Age…” (adapted from Syndetics summary)

Automating Inequality : How High-tech Tools Profile, Police, and Punish the Poor
“Since the dawn of the digital age, decision-making in finance, employment, politics, health and human services has undergone revolutionary change. Today, automated systems–rather than humans–control which neighborhoods get policed, which families attain needed resources, and who is investigated for fraud. While we all live under this new regime of data, the most invasive and punitive systems are aimed at the poor…” (adapted from Syndetics summary)

A lab of one’s own : science and suffrage in the First World War / Patricia Fara.
“Understanding the past is crucial for improving the future, and Patricia Fara examines how inherited prejudices continue to limit women’s scientific opportunities. Suffragists aligned themselves with scientific and technological progress. Defying arguments about intellectual inferiority and child-bearing responsibilities, during the War they won support by mobilising women to enter conventionally male domains, including science, industry, medicine, and the military…” (adapted from Syndetics summary)

The growth delusion : wealth, poverty, and the well-being of nations / David Pilling.
“…Ultimately, it is the perceived health of the economy which determines how much we can spend on our schools, highways, and defense; economists decide how much unemployment is acceptable and whether it is right to print money or bail out profligate banks. The backlash we are currently witnessing suggests that people are turning against the experts and their faulty understanding of our lives. Despite decades of steady economic growth, many citizens feel more pessimistic than ever, and are voting for candidates who voice undisguised contempt for the technocratic elite…” (Adapted from publisher’s description)