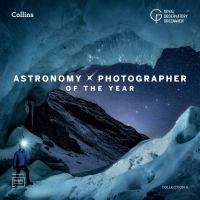 This month’s selections features all sorts of science – from Kiwi science discoveries to astrophotography to science in films and everything in between!

Scientific sleuthing : chemical discoveries made in New Zealand / edited by Rebecca Hurrell, Andrew Muscroft-Taylor, Glyn Strange, Bryce Williamson.
“Scientific Sleuthing begins with New Zealanders solving different problems: the cause of toxic honey, uses for our unique flora and fauna, paints that can withstand our harsh and temperamental climate. It then unfolds into a world where globalisation has propelled New Zealand scientists to international standing: seeking treatments for cancer; developing new processes; discovering compounds and materials that perform in ways that earlier generations could not have imagined. In their chosen fields, New Zealand chemists lead the world.” (Syndetics summary) 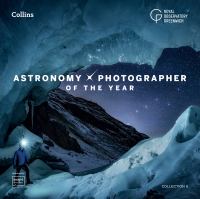 Blowfish’s oceanopedia : 291 extraordinary things you didn’t know about the sea / Tom Hird.
“The seas of our planet cover more than seventy percent of the Earth, yet we know less about the ocean depths than the surface of the moon. Join marine biologist and fish-fanatic Tom ‘the Blowfish’ Hird as he lifts the lid on a treasure chest of fascinating facts, to reveal just what we do know about what lurks beneath the waves.” (Syndetics summary) 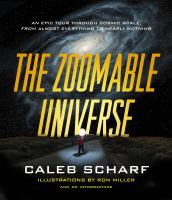 The zoomable universe : an epic tour through cosmic scale, from almost everything to nearly nothing / Caleb Scharf ; illustrations by Ron Miller ; and 5W Infographics.
“In The Zoomable Universe , the award-winning astrobiologist Caleb Scharf and the acclaimed artist Ron Miller take us on an epic tour through all known scales of reality, from the largest possible magnitude to the smallest. Drawing on cutting-edge science, they begin at the limits of the observable universe, a scale spanning 10^27 meters–about 93 billion light-years. And they end in the subatomic realm, at 10^-35 meters, where the fabric of space-time itself confounds all known rules of physics. In between are galaxies, stars and planets, oceans and continents, plants and animals, microorganisms, atoms, and much, much more. Stops along the way–all enlivened by Scharf’s sparkling prose and his original insights into the nature of our universe–include the brilliant core of the Milky Way, the surface of a rogue planet, the back of an elephant, and a sea of jostling quarks.” (adapted from Syndetics summary) 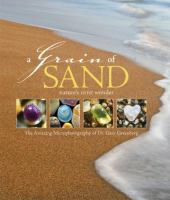 A grain of sand / text and photography by Gary Greenberg.
““To see a world in a grain of sand, And a heaven in a wild flower. To hold infinity in the palm of your hand, And eternity in an hour.” – William Blake, “Auguries of Innocence” 1805
Here is the world viewed within a grain of sand, thanks to the stunning three-dimensional microphotography of Dr. Gary Greenberg. To some, all sand looks alike–countless grains in a vast expanse of beach. Look closer–much closer–and your view of sand will never be the same. Employing the fantastic microphotographic techniques that he developed, Greenberg invites readers to discover the strange and wonderful world that each grain of sand contains.” (adapted from Syndetics summary)

The botanical treasury : celebrating 40 of the world’s most fascinating plants through historical art and manuscripts / edited by Christopher Mills.
“For centuries, an eclectic group of plants have captivated the world and propelled explorers to extraordinary lengths to collect them. Now, The Botanical Treasury brings together centuries of botanical adventures and discoveries in one sumptuous collection.
This treasury features a full-color exploration of our most important and interesting plants; facsimiles of rarely seen letters, maps, and journals from the Royal Botanic Gardens, Kew; and forty beautifully reproduced, frameable prints. Together they offer a fascinating look at the world of plant hunting and the cultivation of our knowledge about the plant world.
Every one of the featured plants is extraordinary in some way, be it for its appearance, biology, medicinal properties, or importance to economics, politics, or the arts. Equally extraordinary are the stories associated with the discovery of these plants, revealing the lengths to which collectors and growers would go to find them. The entries build a history of botany and paint a larger picture of the age of exploration.” (adapted from Syndetics summary)