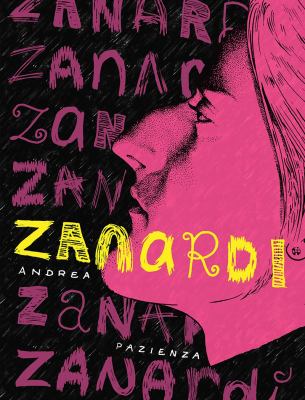 This month’s selection of new graphic novels includes a collection of stories by the late Italian writer and artist Andrea Pazienza. Although he died in 1988, his art work was innovative and he was considered revolutionary, his stories tell of the problems faced by the lost generation of 1970/1980’s teenagers. Also included are the first volumes of two new series, Starslayer by Mike Grell and Romulus by Brian Hill.

The last contract / written & lettered by Ed Brisson ; illustrated by Lisandro Estherren.
“After a lifetime spent as a gun-for-hire, a retired hitman known only as “The Man” has finally found a sense of peace. But when a list of his kills is leaked by a mysterious blackmailer, making targets of anyone associated with one of The Man’s previous jobs, he’s forced back into the game he left behind. As he fights to protect those exposed by the list, The Man sets off to uncover the identity of the blackmailer, unaware of the consequences the truth he’s chasing may hold.” (Adapted from Syndetics summary)

The cross-eyed mutt / a story written and drawn by Étienne Davodeau ; translation by Joe Johnson.
“Fabian is supervisor at the Louvre. He loves his job. He also loves Mathilde. After some time, she presents him to her family in their vast country house and not without some apprehension, as the Benion clan is a bit special. When they find a peculiar painting of a cross-eyed mutt by an ancestor from the nineteenth century, they decide that it’s a masterpiece. Fabian hopes the delusion will go away, until the two brothers show up at the Louvre. Getting the Cross-Eyed Mutt into the Louvre would demonstrate his commitment to becoming a member of the Benion family!” (Adapted from Syndetics summary)

Starslayer [1] : the log of the Jolly Roger / script and art, Mike Grell ; created by Mike Grell.
“A Celtic warrior from the days of the Roman Empire is transported into the distant future by his wife’s descendant and compelled to join the crew of the spaceship Jolly Roger in their resistance to totalitarian rule on Earth.” (Adapted from Syndetics summary)

Romulus. Volume 1 / Bryan Hill, writer ; Nelson Blake II, artist ; created by Bryan Hill & Nelson Blake.
“Our world isn’t free. All of us, for generations, have lived under the secret control of The Ancient Order of Romulus. One young woman, raised by them, trained and betrayed by them, must push through her fear to take a stand against the silent evil that masters our world. Her name is Ashlar, and her war begins with the brutal first chapter of this new series.” (Adapted from Syndetics summary)

Sombra / created by Justin Jordan & Raúl Treviño ; written by Justin Jordan ; illustrated by Raúl Treviño.
“Conrad Marlowe was a respected DEA agent when he disappeared in Mexico while investigating the ruthless drug cartels. Years later he has resurfaced as a cult leader who has made it his mission to out-brutalize the cartels terrorizing the country. The only DEA agent willing to follow his trail of violence is his own daughter, and with the help of a journalist on the ground, she’ll have to face the horrors of what her father has become if she wants to survive and bring him to justice.” (Adapted from Syndetics summary)

Herman by trade / Chris W. Kim.
“Herman is a reclusive, straight-laced street cleaner,or so it seems to those he works with on the city’s waterfront. But he has an extraordinary hidden talent: the ability to transform his appearance at will. On the fourth day, Herman joins a queue of people at an open audition for a new movie. As he waits, swept up in the frenzy of creative ambition that has overcome the city, his past life becomes increasingly remote. By the time he enters the audition room, he might have lost his job, but his talent remains. Dazzled by Herman’s ability to adapt to any role, the director deems the rest of the cast redundant, sparking a furious outcry. When the cult director’s new film premieres, with Herman performing every role, it doesn’t get the reaction she expects.” (Adapted from Syndetics summary) 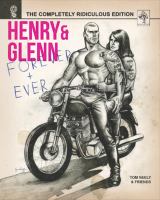 Henry & Glenn forever & ever / by Tom Neely & friends.
“The greatest love story ever told has finally been released in graphic novel form, featuring 20 short stories about the domestic life of “Henry” and “Glenn” and sometimes their neighbors “Daryl” and “John.” Glenn deals with issues with his mother while Henry, “a loud guy with a good work ethic,” shows his darker side and indifference to a fan as he drinks black coffee and bonds with Glenn over their distaste for their own bands. These are two men who truly suffer best together.” (Adapted from Syndetics summary)

Haddon Hall : when David invented Bowie / written and illustrated by Néjib; translated from the French by Edward Gauvin.
“Charting Bowie’s personal life, the development of his music, and the transformation of his image, Haddon Hall is an evocative portrait of a young artist presiding over a musical revolution.” (Adapted from Syndetics summary) 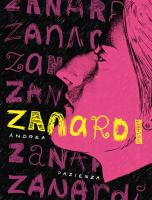 Zanardi / Andrea Pazienza.
“A true visionary, with a fluid line and an uncanny sense of color and composition, Pazienza’s innovative graphic style served up stories that were iconoclastic, outrageous, humorous, and deeply personal, often based on himself and his microcosm of friends and collaborators. Pazienza was a revolutionary cartoonist who ushered an underground sensibility to Italian and European comics.”
(Adapted from Syndetics summary) 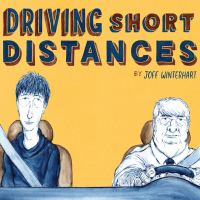 Driving short distances / by Joff Winterhart.
“Sam is 27 and needs to get a job. Keith, who claims to be a second cousin of his (absent) father, offers him one. On Keith’s card it says he does ‘distribution and delivery’, which seems to consist of ‘a lot of driving around, getting out of the car for a few minutes and then getting back in’, Sam tells his mother, and so the days go by, Keith driving while telling Sam stories about his first boss, Geoff Crozier, his mentor in distribution and delivery. As the weeks pass, Sam gets to know Keith’s friends, flirty Hazel-Claire from whom they buy two pasties every day at lunchtime, a variety of receptionists, and a few tantalizing secrets from Keith’s past.” (Adapted from Syndetics summary)