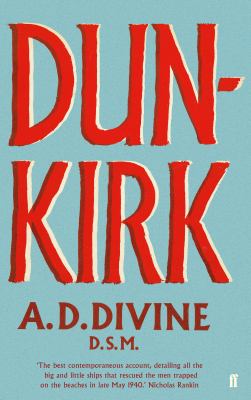 This month’s new history books include the children of high-ranking Nazis coming to terms with the legacies of their fathers, the history of conflict between Christian and Muslim societies, and Colombian mafia murders. Slightly less violent reading can be found in Being Together in Place, which examines the co-existence of native and non-native peoples in the modern world around contested sites and differing interests.

Being together in place : indigenous coexistence in a more than human world / Soren C. Larsen and Jay T. Johnson ; foreword by Daniel R. Wildcat.
“Being Together in Place explores the landscapes that convene Native and non-Native people into sustained and difficult negotiations over their radically different interests and concerns. Grounded in three sites – the Cheslatta-Carrier traditional territory in British Columbia; the Wakarusa Wetlands in northeastern Kansas; and the Waitangi Treaty Grounds in Aotearoa/New Zealand – this book highlights the challenging, tentative, and provisional work of coexistence around such contested spaces as wetlands, treaty grounds, fishing spots, recreation areas, cemeteries, heritage trails, and traditional village sites.” (Abridged from Syndetics summary)

England in the age of chivalry… and awful diseases : the Hundred Years War and Black Death / Ed West.
“Covering the violent and disease-ridden period between 1272 to 1399, England in the Age of Chivalry. . . And Awful Diseases covers the events, personages and ideas most commonly known as “medieval”. This includes Geoffrey Chaucer, the Peasants revolt, the Scottish wars of independence, the Great Famine of 1315, the Black Death and the 100 Years War. Central to this time is King Edward III, who started the 100 Years War and defined the concept of chivalry, including England’s order of the garter. His legacy continues to shape our view of England’s history and is crucial in understanding the development of Europe.” (Syndetics summary)

There are no dead here : a story of murder and denial in Colombia / Maria McFarland Sánchez-Moreno.
“There Are No Dead Here is the harrowing story of three ordinary Colombians who risked everything to reveal the collusion between the new mafia and much of the country’s military and political establishment: Jesús María Valle, a human rights activist who was murdered for exposing a dark secret; Iván Velásquez, a quiet prosecutor who took up Valle’s cause and became an unlikely hero; and Ricardo Calderón, a dogged journalist who is still being targeted for his revelations. Their groundbreaking investigations landed a third of the country’s Congress in prison and fed new demands for justice and peace that Colombia’s leaders could not ignore.” (Abridged from Syndetics summary)

Ukraine over the edge : Russia, the West and the “new Cold War” / Gordon M. Hahn.
“The Ukrainian crisis that dominated headlines in fall 2013 was decades in the making. This study focuses on the historical background and complex causality of the crisis, from the rise of mass demonstrations on Kiev’s Maidan Nezalezhnosti (Independence Square) to the making of the post-revolt regime. In the context of a “new cold war,” the author sheds light on the role of radical Ukrainian nationalists and neofascists in the February 2014 snipers’ massacre, the ouster of President Viktor Yanukovych, and Russia’s seizure of Crimea and involvement in the civil war in the eastern region of Donbass.” (Abridged from Syndetics summary)

The children of Nazis : the sons and daughter of Himmler, Gö̈ring, Höss, Mengele, and others — living with a father’s monstrous legacy / Tania Crasnianski ; translated by Molly Grogan.
“In 1940, the German sons and daughters of great Nazi dignitaries were children of privilege at four, five, or ten years old, surrounded by affectionate, all-powerful parents. Although innocent and unaware of what was happening at the time, they eventually discovered the extent of their father’s occupations. In this enlightening book, Tania Crasnianski examines the responsibility of eight descendants of Nazi notables, caught somewhere between stigmatization, worship, and amnesia.” (Abridged from Syndetics summary)

Crusade and Jihad : The thousand-year war between the Muslim world and the global north / William R. Polk.
“Crusade and Jihad is the first book to encompass, in one volume, the entire history of the catastrophic encounter between the Global North–China, Russia, Europe, Britain, and America–and Muslim societies from Central Asia to West Africa. A sobering, scrupulous, and frank account of imperialism, colonialism, insurgency, and terrorism, Crusade and Jihad is history for anyone who wishes to understand the civilizational conflicts of today’s world.” (Abridged from Syndetics summary)

In broad daylight : the secret procedures behind the Holocaust by bullets / Father Patrick Desbois ; with an historical introduction by Andrej Umansky ; translated from the French by Hilary Reyl and Calvert Barksdale.
“In Broad Daylight documents mass killings in seven countries formerly part of the Soviet Union that were invaded by Nazi Germany. Narrating in lucid, powerful prose that has the immediacy of a crime report, Father Desbois assembles a chilling account of how, concretely, these events took place in village after village, from the selection of the date to the twenty-four-hour period in which the mass murders unfolded.” (Abridged from Syndetics summary)

When Montezuma met Cortés : the true story of the meeting that changed history / Matthew Restall.
“Drawing on rare primary sources and overlooked accounts by conquistadors and Aztecs alike, Restall explores Cortés’s and Montezuma’s posthumous reputations, their achievements and failures, and the worlds in which they lived–leading, step by step, to a dramatic inversion of the old story. As Restall takes us through this sweeping, revisionist account of a pivotal moment in modern civilization, he calls into question our view of the history of the Americas, and, indeed, of history itself.” (Abridged from Syndetics summary)