Did you know that Tom Hanks owns more than 250 typewriters? Or that he’s appeared in a documentary about them: 2017’s California Typewriter? In fact it was on one of these typewriters he wrote he debut short story collection, the appropriately named Uncommon Type. Check out Uncommon Type—along with heaps of other new eBooks—on Overdrive today! 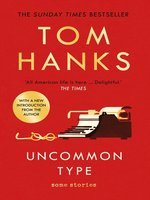 Uncommon Type, by Tom Hanks
“A hectic, funny sexual affair between two best friends. A World War II veteran dealing with his emotional and physical scars. A second-rate actor plunged into sudden stardom and a whirlwind press junket. These are just some of the people and situations that two-time Oscar winner Tom Hanks explores in his first work of fiction.” (Adapted from the Overdrive description.) 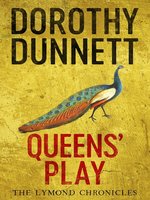 Queens’ Play, by Dorothy Dunnett
“1548 and seven-year-old Mary Queen of Scots has been dispatched to France. But surrounded by the double-dealing of a dangerous and unpredictable court, she suffers a series of ‘accidents’. Her mother orders Francis Crawford of Lymond to protect Mary, believing that at the heart of the court is an assassin hired to kill the infant monarch. Lymond must hunt down this individual before he himself is exposed…” (Adapted from the Overdrive description.) 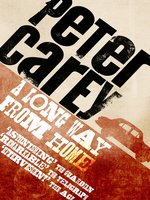 A Long Way from Home, by Peter Carey
“Irene Bobs loves fast driving. Her husband is the best car salesman in western Victoria. Together they enter the Redex Trial, a brutal race around the ancient continent over roads no car will ever quite survive. Set in the 1950s amid the consequences of the age of empires, this brilliantly vivid and lively novel reminds us how Europeans took possession of a timeless culture – and the crimes they committed along the way.” (Adapted from the Overdrive description.) 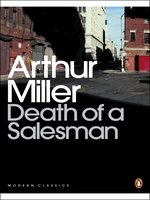 Death of a Salesman, by Arthur Miller
“In the spring of 1948 Arthur Miller retreated to a log cabin in Connecticut with the first two lines of a new play already fixed in his mind. He emerged six weeks later with the final script of Death of a Salesman – a painful examination of American life and consumerism. Opening on Broadway the following year, Miller’s extraordinary masterpiece changed the course of modern theatre.” (Adapted from the Overdrive description.) 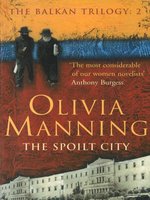 The Spoilt City, by Olivia Manning
“It is 1940, and Guy and Harriet Pringle and their friends in the English colony in Bucharest find their position growing ever more precarious. The ‘phoney war’ is over and invasion is an ever-present threat. Their easy life among Bucharest’s café society is gradually eroded as rumours become reality, and the Germans march in…” (Adapted from the Overdrive description.) 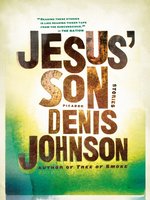 Jesus’ Son, by Denis Johnson
“Jesus’ Son is a visionary chronicle of dreamers, addicts and lost souls. These stories tell of spiralling grief and transcendence, of rock bottom and redemption, of getting lost and found and lost again. The raw beauty and careening energy of Denis Johnson’s prose has earned this book a place among the classics of twentieth-century American literature.” (Overdrive description.) 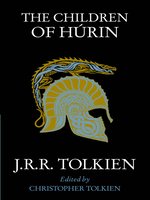 The Children of Húrin, by J. R. R. Tolkien
“It is a legendary time long before The Lord of the Rings, and Morgoth, the first Dark Lord, dwells in the vast fortress of Angband in the North; and within the shadow of the fear of Angband, the fates of Túrin and his sister Niënor will be tragically entwined. Against them Morgoth sends his most formidable servant, Glaurung, a powerful spirit in the form of a huge wingless dragon of fire, in an attempt to fulfil the curse of Morgoth, and destroy the children of Húrin.” (Adapted from the Overdrive description.) 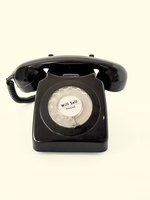 Phone, by Will Self
“Zack Busner is a psychiatrist who has made his name through his unorthodox treatment of psychological damage—but now his own mind is fraying. Jonathan De’Ath, aka “the Butcher,” is an MI6 man who remains a mystery even to those closest to him. There is only one person who thinks of him with tenderness: De’Ath’s long-time lover. As Busner’s mind totters and Jonathan’s affair teeters, they come to face the interconnectedness of all lives, while a phone continues to ring…” (Adapted from the Overdrive description.) 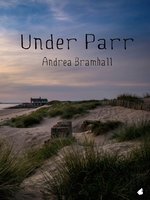 Under Parr, by Andrea Bramhall
“December 5th, 2013 left its mark on the North Norfolk Coast in more ways than one. A tidal surge flooded homes and businesses up and down the coast. It also buried a secret in the WWII bunker hiding under the golf course at Brancaster. A secret kept for years, until it falls into the lap of Detective Sergeant Kate Brannon. A skeleton, deep inside the bunker. How did it get there? Well, that’s Kate’s job to find out.” (Adapted from the Overdrive description.) 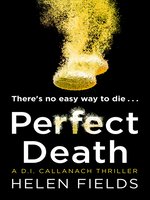 Perfect Death, by Helen Fields
“Unknown to DI Luc Callanach and the newly promoted DCI Ava Turner, a serial killer has Edinburgh firmly in his grip. The killer is taking his victims in the coldest, most calculating way possible – engineering slow and painful deaths by poison, with his victims entirely unaware of the drugs flooding their bloodstream until it’s too late. But how do you catch a killer who hides in the shadows?” (Adapted from the Overdrive description.)