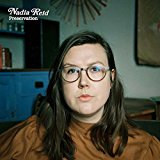 From our very own Wellington bands to Kendrick Lamar and soundtracks, check out more of our best music picks of 2017! Miles Calder & the Rumours.
Following on from their 2013 EP ‘The Crossing Over’, which was nominated for the 2014 NZ Taite Music Prize, Miles Calder & The Rumours deliver their eponymous debut 5 years after forming as a band. The culmination of a couple of years work, the self-produced album was engineered by Lee Prebble but mixed by Grammy-award winning engineer Trina Shoemaker, and features a large array of local talent (Lisa Tomlins, Ed Zuccollo, Dayle Jellyman, Finn Johansson, Chris Winter, Matthew Benton and Lucien Johnson) who add musical shadings from piano to horns to organ on various tracks. From the first track it’s easy to see just how much the songs benefit from the richness of sound the studio environment provides, and there’s a consistent calibre of songwriting across the whole album. Dark arts / The Nudge. [VINYL]
The 2nd album from The Nudge only has 3 tracks, one of which clocks in at 13 minutes, the other at 24. The four minute opening title track (and single) is just a hint of the genre mashing that is about happen, but provides a basic reference point for the bands diverse sound. If you’re not enamoured with anything vaguely ‘prog’ and hate tracks that are basically longer that 3 and half minutes, be prepared to have your opinion changed by this addictive record. With relatively few vocal interludes, it’s all about the structure of the sound here and they manage to weave in out of different styles and atmospheres within the same track with nothing feeling overly laboured or obvious. All the tonal shifts seem like smaller songs within the larger canvas of the track and by the end of 13 or 24 minutes they leave you wanting more not less. The weight of melted snow.
Lovely new meditative album from French For Rabbits based around the dissolution of the romantic relationship of band members Brooke Singer and John Fitzgerald. Male vocals provide a counterpoint to Singer’s softly lilting voice, and the dreamy atmospheric ambient sounds that the fully fleshed out band provides. Previous albums have drawn inspiration from nature and the physical, but ‘The Weight of Melted Snow’ while not short of imagery of the natural world is all about the internal, the dynamics of the heart and how to keep it beating when you lose part of it. If you’re born on an island the ocean heals you.
With the exception of bass and drums on a few tracks and backing vocals everything is played by Lake, along with all the writing and arrangements. The synthy pop structure of a lot of the tracks enfold the layered vocals (and lovely backing voices of Seamus Maguire, Penelope Esplin, Felicity Herbertson and Nadia Reid) with a sense of warmth rather than cold beats. He uses a distinctively ‘kiwi’ voice on the brilliant ‘Good Keen Man’ that cleverly updates a series of iconic NZ images with the realities of the now. A mini-album exits within the larger work, with ‘Renters’ & ‘The Cost of Living’ addressing what he sees as the social crises’ facing people in NZ today. A love of nature, the land and the beauty that surrounds us pervades against the avarice and capitalism of modern life. Teeth.
When you heard that Luke Buda & Tom Callwood (Phoenix Foundation) were teaming up with David Long (The Mutton Birds), & Anthony Donaldson (The Labcoats) you could be forgiven for thinking that the result would be more along the experimental spectrum. But Teeth turn up the indie guitar dynamics to just rock out, in a straight ahead way that differs from its members previous bands. You get the feeling that the entirety of Teeth is a great palette cleanser for everyone involved. Trippy guitars, riffy bass lines, shimmery reverby vocals, songs that bounce from the cosmic to the angsty to tongue in cheek and back. Every song is so catch & melodic it’s hard to pick highlights but ‘Glass Ceiling’ & the wry ‘Looking Good, Feeling Great’ are both super fun. Harmonies.
Super funky new album from Lord Echo. A melange of analogue dance floor grooves that take in everything from ‘Rebirth of the Cool’ Acid Jazz, Caribbean disco vibe, African funk, classic American R&B and back. The ever awesome Mara TK takes vocal duties on 4 tracks, with Lisa Tomlins on 2, and Toby Laing & Echo himself on one each. Lucien Johnson’s sax & flute float around the beats with Daniel Hayes synth’s. It all somehow meshes into a groove that becomes more than the sum of its parts and the funky retro-ness always seems genuine and never a deliberate pastiche. Unearthing.
As with listening to Into Orbit’s debut album ‘Caverns’ it still seems amazing that the group just consists of two people, guitarist Paul Stewart and drummer Ian Moir, as their immersive soundscapes sound so epic. The hybrid post-rock/metal/experimental template of the first album is expanded on. Elements shift up against each other, heavy guitar riffs meld into moments of calm and delicate playing, only to explode into crushing drums. But it’s not just a series of loud/quiet/loud moments tied together as ‘tracks’. Into Orbit never seem to be welded into a particular set definition of what each track should be in terms of sound and atmospherics, and the subtle layering of complex patterns & textures make each track a unique experience. Morningside.
Fantastic new album from Auckland based Amelia Murray (AKA Fazerdaze). Fuzzy guitars, programmed drum patterns and the odd sinewy keyboard line make up the sonic palette of most tracks, but her sweet airy vocals soar over all of it. The shimmery reverby guitars invoke a summery sense of well being, but the ‘poppy’ musical framework hides a lyrical disillusionment and uncertainty. A pervading sense of anxiety permeates nearly every track, inhabiting every relationship and interaction, and hovering cloudlike over the future itself. Otherness.
Fantastic next level sophomore album from Grayson Gilmour, filled with superbly textured sounds and catchy melodies. His voice is moved up in the mix so it floats upon the layers of often dichotomous sound he builds into the tracks. There is an almost academic level of focus on the soundscapes & chord structures but it is more an organic exploration rather than fussy cleverness, and moulded around the album’s overarching themes of growth and acceptance. Ennui.
The songs on ‘Ennui’ form themselves through shifting styles, overriding an easy definition or pigeon-holing, subsuming genres, metres, keys, & vocal styles into the original narratives of each of the songs rather than being in service of them. With 3 vocalists at play and elements of everything really from post-hardcore/sludge, psych Rock, post-Rock, stoner riffs, desert rock, doom layers it’s impossible to delineate the trajectory of each track adequately, suffice to say that each is challenging and complex and overall it’s an alum that reveals its musical and emotional layers after repeated immersion. Perfect body.
Vibrant second album from the Mermaidens trio scored a flurry of great reviews upon its release, and rightly so. The tracks wind in and out of indie rock influences (newer bands like Warpaint, and older classic exponents like Sleater Kinney), elements of shoegaze , brighter Britpop, & echoy layers of early Cure’s goth. As a whole the album sounds fantastic, the breathy vocals merging perfectly with the dense drum patterns and creeping sinuous guitar lines, creating a cavernous sound that builds and releases. The precision of the music is aligned with the murky melodicism of the vocals which shift between an intense attack and detached emotion, as they dissect the juxtaposition of animalistic physicality and the sensory experience of the natural, with the pressure of the modern digital world of social media, fractured relationships and uncertain interactions. Bold and accomplished, enigmatic and intense at the same time. Anouar Brahem – Blue Maqams
Maqam is the melodic mode of Arabic music and the Tunisian oud player Anouar Brahem is the master of weaving melancholic melodies. For this new project, he assembled ECM label’s staple artists; Dave Holland (bass), Jack DeJohnette (drums) and Django Bates (piano), and they are all in vintage form. Their virtuosity and dazzling interplays blend Arabic essence into the jazz idiom superbly, making it a memorable album for both Brahem and the label. Sublime. Chris Potter – The Dreamer is the Dream
One of the best saxophonists around today and an amazing improviser, Chris Potter may not be a typical ECM label artist, but he came to fit very well with his third album for the label. This ‘dream’ theme work is a showcase of him as a composer as much as a band leader and a multi- reed instrumentalist, and his dynamic play and the label’s renowned aesthetic come nicely together. Glorious. Craig Taborn – Daylight Ghosts
The quartet led by Craig Taborn – one of the most innovative and versatile jazz pianists of today – shows amazing interplays, and creates a hybrid chamber jazz infused with subtle electronica, post rock, complex rhythm and so on. It’s thrilling to see how they integrate Taborn’s enigmatic compositions into the highly skilful group improvisations. Sheer magic. Harriet Tubman – Araminta
New York based veteran avant-garde jazz-rock trio Harriet Tubman teams up with the DownBeat’s jazz musician of the year of 2017, trumpeter Wadada Leo Smith, and presents high energy improvised fusion music of electric Miles Davis, funk, dub, progressive-rock and jazz. With the pride of African Americans and the indomitable sprites, these extraordinary musicians challenge the listeners. Be alert and get the reward. Bibio – Phantom Brickworks
The star artist of Warp label Stephan Wilkinson (aka Bibio) has challenged something new with every release, and his new project, which is the collection of impromptu compositions inspired by ‘places’, is the so-called ‘ambient’. It sounds more like Gavin Bryars or early Brian Eno rather than Bibio. If you are a fan of his recent works this may not be your favourite, but it’s a very good ambient album indeed. Rhiannon Giddens – Freedom Highway
In the liner notes, there is a copy of a newspaper advertisement in 1979 which sells a young black woman described as a ‘negro wrench’. The slavery inspired singer-songwriter Rhiannon Gidden’s latest project. Recorded mostly live in the old studio built around 1850, this intimate yet powerful music shows an uncompromised sprit inherited from the likes of Odetta and Nina Simone, and shines even more in the state of the world today. Beck – Colors
This is not a complete album by his standard, but I found it to be the most amusing, joyous album of the year. Beck and his friend and producer Greg Kurstin (of The Bird and the Bee) play all the instruments and create a fantastic collage of sound filled with all sorts of pop music essence with a great vibe. Beck had a health issue for some time but seems to be in the full swing again. This could be the beginning of his new chapter.

Benjamin Clementine – I tell a fly

Offa Rex – The queen of hearts

A Winged Victory for the Sullen – Iris : musique originale

The Sundowners – Cut the master

Lindstrøm – It’s alright between us as it is

The Clientele – Music for the age of miracles

Algiers – The Underside of Power