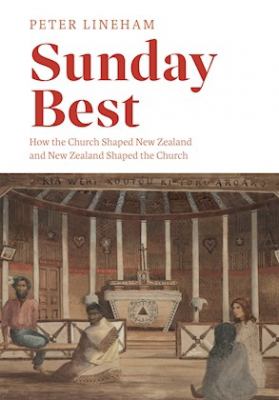 2018’s first beliefs list includes discussions on the latest scientific research on wellbeing and spiritual activities, how NZ has been shaped by church, and a comparison on Buddhism and western psychotherapy.

Einstein and the rabbi : searching for the soul, by Naomi Levy.
The great Einstein once wrote to distressed rabbi Robert S. Marcus, a decorated battlefield chaplain in WWII, when his 11 year old son died. Rabbi Levy enters this intense human drama that draws on her own experience when she suddenly felt the spiritual presence of her murdered father beside her, guiding her. This is the story of an inspiring journey of discovery.

Seven ways of looking at religion : the major narratives, by Benjamin Schewel.
Schewel organizes and evaluates the main narratives of religious history which have been used by scholars and argues that debates can be viewed according to seven central themes: subtraction, renewal, transsecular, postnaturalist, construct, perennial, and developmental. Examining the basic logic, insights, and limitations of each of these narratives, Schewel offers an original philosophical perspective on religion today.

Uncomfortable : the awkward and essential challenge of Christian community, by Brett McCracken.
The modern trend of Christians shopping around for a church to fit their needs is under McCracken’s microscope. “What if the biblical approach is actually that we should fit ourselves into the life and mission of the local church, adapting ourselves to the family and filling gaps where needed?” he writes. Each chapter tackles a different topic with suggestions about how to let go of personal preferences in light of Biblical teaching.

Science and spiritual practices, by Rupert Sheldrake.
Many recent studies have shown that religious and spiritual practices generally make people happier and healthier. Sheldrake summarizes the latest scientific research on what happens when we take part in these practices – Meditation – Gratitude – Connecting with nature – Relating to plants – Rituals – Singing and chanting – Pilgrimage and holy places. This is a book for anyone who has a sneaking suspicion that in the drive towards all-pervading secularism, something valuable has been left behind.

Advice not given : a guide to getting over yourself, by Mark Epstein.
Epstein reveals how Buddhism and Western psychotherapy, two different traditions that developed in entirely different times, both identify the ego as the limiting factor in our well-being. Our ego claims to have our best interests at heart, but its consuming pursuit for attention, sabotage our true goals and cause suffering. When we release it, we are free.

The rise and fall of Adam and Eve, Stephen Greenblatt.
Drawing on recent archaeological discoveries, Greenblatt compares the powerful Genesis narrative to the ancient Gilgamesh legend and recent discoveries Nag Hammadi, Egypt. He tracks the way they have acted as creative muses and catalysts over the centuries – a psalm of creation and a powerful dark allegory of accountability and pain at the same time. This story remains a signpost, not for an explanation of the scientific nature of things, but rather a deep encounter with primal challenges that continue to fascinate.

Sunday best : how the church shaped New Zealand and New Zealand shaped the church, by Peter Lineham.
The inter-relationship of church and society has been complex from the early arrival of the missionaries. Historian Peter Lineham asks: If faiths aimed to influence the development of New Zealand society, how did NZ change those faiths? Who shaped whom?

What the Qurʼan meant and why it matters, by Garry Wills.
Pulitzer Prize-winning religious scholar Wills draws on his background as a devout Catholic and historian as he presents his unique understanding of what the Qur’an says, relying on commentaries rather than an in-depth knowledge of Arabic language or culture. He identified the social and political barriers that he and other American non-Muslims will have to address, before expounding on various aspects including Islamic prophets, caring for the community, Jihad, Sharia, and women and the veil. This is an encouragement to follow the author in reading further.