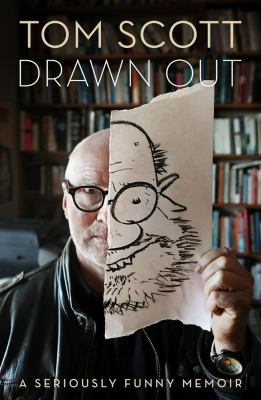 With New Zealand Festival 2018 Writers & Readers just around the corner and right on our doorstep, we’ve compiled this special selection of the latest titles from some of this year’s speakers. So take a look, place your reserves and have a read before heading along to some of the events! From fiction to science fiction, non-fiction on history, politics, poetry this year’s line up is set to blow you away!

Want the eBooks instead? Or a larger selection from this year’s speakers? You can also check out our Overdrive collection as well. 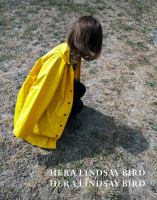 Drawn out : a seriously funny memoir / Tom Scott.
“Tom Scott is a political commentator, political cartoonist, satirist, scriptwriter, playwright, raconteur and funny man. He’s been drawing political cartoons for Wellington’s Dominion Post since 1988, was in the Press Gallery and was famously banned by PM Muldoon. His memoir covers his childhood – a tragi-comedy of a poor Irish Catholic family, his uni days when he was editor of the student newspaper and sued for blasphemous libel, his parliamentary career, his work with Ed Hillary and more.” (Adapted Syndetics summary)

The natural way of things / Charlotte Wood.
“Two women awaken from a drugged sleep to find themselves imprisoned in an abandoned property in the middle of a desert in a story of two friends, sisterly love and courage – a gripping, starkly imaginative exploration of contemporary misogyny and corporate control, and of what it means to hunt and be hunted.” (Syndetics summary)

The Cage [paperback]
“Two mysterious strangers appear at a hotel in a small country town.
Where have they come from? Who are they? What catastrophe are they fleeing? The townspeople want answers, but the strangers are unable to speak of their trauma. And before long, wary hospitality shifts to suspicion and fear, and the care of the men slides into appalling cruelty. Lloyd Jones’s fable-like novel The Cage is a profound and unsettling novel.” (Adapted Syndetics summary)

Six months, three days, five others / Charlie Jane Anders.
“Before the success of her debut Science Fiction and Fantasy novel All the Birds in the Sky, Charlie Jane Anders was a rising star in SF and fantasy short fiction. Collected in a mini-book format, here, for the first time in print, are six of her quirky, wry, engaging best” (Syndetics summary)

Tightrope / Selina Tusitala Marsh.
“In Marsh’s poetry, sharp intelligence combines a focused warrior fierceness with perceptive humour and energy, upheld by the mana of the Pacific. She mines rich veins, the tradition and culture of her whanau and Pacific nations; the works of feminist poets and leaders to probe the particularities of words and cultures. Tightrope takes us from the bustle of the world’s largest Polynesian city, Auckland, through Avondale and Apia, and on to London and New York on an extraordinary poetic voyage.” (Adapted Syndetics summary)

Portholes to the past : reflections on the early 20th century / Lloyd Geering.
“Reflecting on two world wars, the Great Depression, and changes he has experienced in education, family life, growth of personal freedom, leisure and entertainment, life in the churches, and more. He concludes with cautious optimism: it may not be too much to hope that from the fragments of dismantled Christendom we may rediscover and reinvigorate the moral values of justice, truth and environmental guardianship.” (Adapted Syndetics summary)

Democracy and its crisis / A. C. Grayling.
“Prompted by the EU referendum in the UK and the presidential election in the USA, Grayling investigates why the institutions of representative democracy seem unable to hold up against forces they were designed to manage, and why, crucially, it matters. With the advent of authoritarian leaders and the rise of populism, representative democracy appears to be caught between a rock and a hard place, yet it is this space that it must occupy, if a civilized society, that looks after all its people, is to flourish.” (Syndetics summary)

True stories & other essays / Francis Spufford.
“An irresistible collection of favorite writings from an author celebrated for his bravura style and sheer unpredictability. Ranging freely across topics as diverse as the medieval legends of Cockaigne, the Christian apologetics of C. S. Lewis, and the tomb of Ayatollah Khomeini, Spufford provides both fresh observations and thought-provoking insights. No less does he inspire an irresistible urge to turn the page and read on.” (Adapted Syndetics summary)

The liberation / Ian Tregillis.
“I am the mechanical they named Jax. My kind was built to serve humankind, but now our bonds are breaking, and my brothers and sisters are awakening. Set in a world that might have been, of mechanical men and alchemical dreams, this is the third and final novel in a stunning series of revolution, confirming Ian’s place as one of the most original new voices in speculative fiction.” (Adapted Syndetics summary)