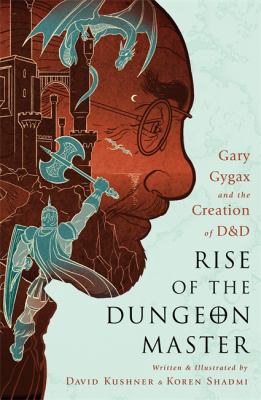 This month’s selection of new graphic novels includes the first volumes of four new series. There are also two brilliant graphic biographies, one by Jose-Louis Bocquet on Josephine Baker, the Afro-American dancer that became the sensation of Paris in the 1930s and the other by David Kushner and Koren Shadmi on Gary Gygax, the creator of the Dungeon and Dragons game that became a global phenomenon.

Moonshine. Vol. 1 / Brian Azzarello, writer ; Eduardo Risso, art & colors.
“This first volume in a new series is set during Prohibition, and deep in the backwoods of Appalachia, and tells the story of Lou Pirlo, a city-slick “torpedo” sent from New York City to negotiate a deal with the best moonshiner in West Virginia, Hiram Holt. Lou figures how hard could it be to set-up moonshine shipments from a few ass-backward hillbillies? What Lou doesn’t figure on is that Holt is just as cunning as ruthless as any NYC crime boss and Lou is in way over his pin-striped head. Because not only will Holt do anything to protect his illicit booze operation, he’ll stop at nothing to protect a much darker family secret, a bloody, supernatural secret that must never see the light of day, or better still, the light of the full moon.” (Adapted from Syndetics summary)

Jessica Jones [1] : uncaged! / writer, Brian Michael Bendis ; artist, Michael Gaydos.
“A lot has changed in the Marvel Universe and there are many secrets hiding in the shadows, secrets only a special woman like Jessica Jones can hope to uncover. Alias Investigations is open for business, and of all the many mysteries to discover, her new case may be the most dangerous one.” (Adapted from Syndetics summary)

Josephine Baker / written by José-Louis Bocquet ; art by Catel Muller ; historical consultant, Jean-Claude Bouillon-Baker.
“Josephine Baker (1906-1975) was nineteen years old when she found herself in Paris for the first time in 1925. Overnight, the young American dancer became the idol of the Roaring Twenties, captivating Picasso, Cocteau, Le Corbusier, and Simenon. In the liberating atmosphere of the 1930s, Baker rose to fame as the first black star on the world stage, from London to Vienna, Alexandria to Buenos Aires. After World War II, and her time in the French Resistance, Baker devoted herself to the struggle against racial segregation, publicly battling the humiliations she had for so long suffered personally. A victim of racism throughout her life, Josephine Baker would sing of love and liberty until the day she died.” (Adapted from Syndetics summary)

To have & to hold / Graham Chaffee.
“Set in October 1962, while the world holds its collective breath awaiting the possibly apocalyptic climax of the unfolding Cuban Missile Crisis, the banality of everyday life goes on and Lonnie and Kate Ross confront their own domestic cold war. As Kate, frustrated and disillusioned, looks outside her marriage for satisfaction, Lonnie’s justifiable suspicions of his wife’s infidelity lead him down a deadly road of increasing paranoia and violence as he seeks to reclaim what he’s lost.” (Adapted from Syndetics summary)

Mutiny Bay / Antoine Cossé.
“1519. A Spanish fleet leaves Seville, heading west. Portuguese Captain Magellan is convinced of the existence of a South American strait that will expedite trade with the Indonesian Spice Islands. Months later, in a deserted and inhospitable land, mutiny brews, and two men are marooned and the world explodes in a riot of hallucinatory colour.” (Adapted from Syndetics summary)

On the Camino / Jason.
“Northwestern Spain, observed with the eye of an artist, chronicling both the good (people, conversations) and the bad (blisters, bedbugs) he encountered on his journey. Full of quiet incidents, odd encounters, small triumphs, and the occasional setback, On the Camino is the first implicitly autobiographical long-form work by a master cartoonist.” (Adapted from Syndetics summary)

Rise of the dungeon master : Gary Gygax and the creation of D&D / David Kushner and Koren Shadmi.
“Rise of the Dungeon Master tells, in graphic form, the story of Gary Gygax, co-creator of Dungeons and; Dragons, one of the most influential games ever made. Like the game itself, the narrative casts the reader into the adventure from a first person point of view, taking on the roles of the different characters in the story. Gygax was the son of immigrants who grew up in Lake Geneva, WI, in the 1950s. An imaginative misfit, he escaped into a virtual world based on science fiction novels, military history and strategic games like chess. In the mid-1970s, he co-created the wildly popular Dungeons & Dragons game, determining the rules and inventing the signature 20-sided dice. Starting out in the basement of his home, he was soon struggling to keep up with the demand.” (Adapted from Syndetics summary)

A.D. : after death / written by Scott Snyder ; illustrated by Jeff Lemire.
“Set in a future where a genetic cure for death has been found. Years after the discovery, one man starts to question everything, leading him on a mind-bending journey that will bring him face-to-face with his past and his own mortality. This is a unique combination of comics, prose, and illustration.” (Adapted from Syndetics summary) 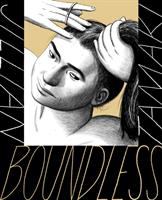 Boundless / Jillian Tamaki.
“Jenny becomes obsessed with a strange “mirror Facebook,” which presents an alternate, possibly better, version of herself. Helen finds her clothes growing baggy, her shoes looser, and as she shrinks away to nothingness, the world around her recedes as well. The animals of the city briefly open their minds to us, and we see the world as they do. A mysterious music file surfaces on the internet and forms the basis of a utopian society-or is it a cult? This collection of short stories is a showcase for the masterful blend of emotion and humour of award-winning cartoonist Jillian Tamaki.” (Adapted from
Syndetics summary)

Deadman : dark mansion of forbidden love / Sarah Vaughn, writer ; Lan Medina & Phil Hester, illustrators.
“Boston Brand is a dead man walking. More than walking, actually his uncanny abilities enable him to float, fly and seize control of the bodies of the living. He’s no mere ghost. He’s something more powerful, more heroic, he is Deadman and he’s about to meet Berenice, a living woman with powers of her own. Separated by the boundary between life and death, yet able to walk between both worlds, Deadman and Berenice must work together to unravel the mystery of the Manor and defeat the dark forces that threaten to erupt.” (Adapted from Syndetics summary)