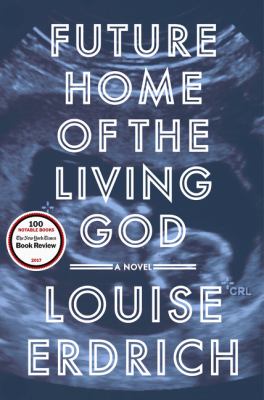 The travelling cat chronicles / Hiro Arikawa ; translated from the Japanese by Philip Gabriel.
“It’s not the journey that counts, but who’s at your side. Nana is on a road trip, but he is not sure where he is going. All that matters is that he can sit beside his beloved owner Satoru in the front seat of his silver van. Satoru is keen to visit three old friends from his youth, though Nana doesn’t know why and Satoru won’t say. Set against the backdrop of Japan’s changing seasons and narrated with a rare gentleness and striking humour, Nana’s story explores the wonder and thrill of life’s unexpected detours. It is about the value of friendship and solitude, and knowing when to give and when to take.” (Adapted from Syndetics summary)

Love & fame / Susie Boyt.
“Eve, a nervous young actress from a powerful theatrical dynasty has found herself married to an international expert on anxiety called Jim. Could it work? Should it work? Across town, tabloid journalist Rebecca Melville is burning all her bridges while her devoted sister Beatrice, a therapist, tries her hardest not to intervene. How far can Eve and Rebecca go without losing the admiration of the people they love? This funny and heartbreaking story asks: do we get what we deserve in life? Must the show always go on?” (Adapted from Syndetics summary)

The hearts of men / Nickolas Butler.
“Camp Chippewa, 1962. Thirteen-year-old Nelson, loner and over-achiever, is nicknamed the Bugler as he proudly sounds the reveille each morning. This is the summer that everything changes, marking the beginning of Nelson’s uncertain friendship with a popular boy named Jonathan, and the discovery of his father’s betrayal, which tears his family apart. As time moves on, Nelson, irrevocably scarred from the Vietnam War, becomes Scoutmaster of Camp Chippewa, while Jonathan marries, divorces, and transforms his father’s business. When something unthinkable happens during a visit from Jonathan’s grandson and daughter-in-law, the aftermath tests the depths and the limits of Nelson’s selflessness and bravery.” (Adapted from Syndetics summary)

Future home of the living god : a novel / Louise Erdrich.
“Evolution has reversed itself, affecting every living creature on earth. Science cannot stop the world from running backwards, as woman after woman gives birth to infants that appear to be primitive species of humans. For twenty-six-year-old Cedar Hawk Songmaker, this change is profound and deeply personal. She is four months pregnant. As society begins to disintegrate, Cedar first feels compelled to find her birth mother, Mary Potts, an Ojibwe living on the reservation. There are rumors of martial law, of Congress confining pregnant women, of a registry, and rewards for those who turn these wanted women in. It will take all Cedar has to avoid the prying eyes of potential informants and keep her baby safe.” (Adapted from Syndetics summary)

An unremarkable body / Elisa Lodato.
“Katharine is found dead at the foot of the stairs by her 30-year-old daughter Laura. The medical examiner’s report, in which precious parts of her mother’s body are weighed and categorized, motivates Laura to write her own version of events. To bear witness to the unbearable blank space between each itemized entry. What emerges are a series of stories in which Laura attempts to discover how and why her mother died, as well as make sense of her own grief, by piecing her mother’s body back together. In doing so, she is forced to confront a woman silenced by her own mother and wronged by her husband, a woman who felt shackled by motherhood and unable to love freely.” (Adapted from Syndetics summary)

The threat level remains severe / Rowena Macdonald.
“House of Commons secretary Grace has been counting the tea breaks in the same dull job for a decade. Brett, the new boy is on a mission to shake up the dusty backrooms of power and set to collide with Grace. Office life begins to look up when Grace receives some mysterious emails.” (Adapted from Syndetics summary)

The Zanzibar wife / Deborah Rodriguez.
“Set both in Oman and on the Tanzanian island of Zanzibar, the ancient land of frankincense, wind-swept deserts, craggy mountaintops and turquoise seas. This is a place where tales of evil spirits and eerie phenomena abound. Into this magical nation come three remarkable but very different women, each facing a crossroad in her life. Rachel, a troubled American war photographer, Ariana Khan, a bubbly British woman struggling to keep up with the glitz of Dubai and ready to give up on love, and Miza, a young woman living far from her beloved homeland of Zanzibar. As the second wife of Tariq, an Omani man, she remains a secret from his terrifying ‘other’ wife, Maryam. Until one day, when Tariq fails to come home. As the three women journey together across this weird and wonderful land, they are forced to confront their darkest fears and their deepest wishes. Because here in Oman, things aren’t always what they appear to be.” (Adapted from Syndetics summary)

The secret books / Marcel Theroux.
“Seeking adventure, a young man flees the drudgery of shop keeping in Tsarist Russia to make a new life among the bohemians and revolutionaries of 19th century Paris. Travelling undercover in the mountains of British India, he discovers a manuscript that transforms the world’s understanding of the historical Jesus. Decades later, in a Europe threatened by unimaginable tragedy, he makes a despairing attempt to right a historic injustice.” (Adapted from Syndetics summary)

Flights / Olga Tokarczuk ; translated by Jennifer Croft.
“Flights is a series of imaginative and mesmerizing meditations on travel in all its forms, not only the philosophy and meaning of travel, but also fascinating anecdotes that take us out of ourselves, and back to ourselves, about life and death, about the very nature of humankind. Thrilling characters and stories abound, the Russian sect who escape the devil by remaining constantly in motion; the anatomist Verheyen who writes letters to his amputated leg; the story of Chopin’s heart as it makes its journey from Paris to Warsaw, stored in a tightly sealed jar beneath his sister’s skirt; the quest of a Polish woman who emigrated to New Zealand as a teen but must now return in order to poison her terminally ill high-school sweetheart.” (Adapted from Syndetics summary)

Winter / Ali Smith.
“Winter? Bleak and cold, frosty wind, earth as iron, water as stone, so the old song goes with the shortest days, and the longest nights. The trees are bare and shivering, the summer’s leaves? Dead litter.” (Adapted from Syndetics summary)