Some interesting new books for the holidays, beginning with the whimsical I’d rather be reading.

I’d rather be reading : a library of art for book lovers / by Guinevere de la Mare ; with essays by Maura Kelly, Ann Patchett, and Gretchen Rubin.
“In this visual ode to all things bookish, readers will get lost in page after page of contemporary art, photography, and illustrations depicting the pleasures of books. Artwork from the likes of Jane Mount, Lisa Congdon, Julia Rothman, and Sophie Blackall is interwoven with text from essayist Maura Kelly, bestselling author Gretchen Rubin, and award-winning author and independent bookstore owner Ann Patchett.” (Syndetics summary)

Mythos : a retelling of the myths of Ancient Greece / Stephen Fry.
“The Greek myths are amongst the greatest stories ever told, passed down through millennia and inspiring writers and artists as varied as Shakespeare, Michelangelo, James Joyce and Walt Disney. They are embedded deeply in the traditions, tales and cultural DNA of the West. You’ll fall in love with Zeus, marvel at the birth of Athena, wince at Cronus and Gaia’s revenge on Ouranos, weep with King Midas and hunt with the beautiful and ferocious Artemis. Spellbinding, informative and moving, Stephen Fry’s Mythos perfectly captures these stories for the modern age – in all their rich and deeply human relevance.” (Syndetics summary)

Total cat mojo : the ultimate guide to life with your cat / Jackson Galaxy with Mikel Delgado and Bobby Rock.
“This comprehensive cat care guide from the star of the hit Animal Planet show “My Cat from Hell,” Jackson Galaxy, shows us how to eliminate feline behavioral problems by understanding cats’ instinctive behavior. Cat Mojo is the confidence that cats exhibit when they are at ease in their environment and in touch with their natural instincts–to hunt, catch, kill, eat, groom, and sleep. Problems such as litter box avoidance and aggression arise when cats lack this confidence. Jackson Galaxy’s number one piece of advice to his clients is to help their cats harness their mojo. This book is his most comprehensive guide yet to cat behavior and basic cat care, rooted in understanding cats better. ” (Provided by publisher)

The best of A. A. Gill / A. A. Gill.
“For over twenty years, people turned to A. A. Gill’s columns every Sunday – for his fearlessness, his perception, and the laughter-and-tear-provoking one-liners – but mostly because he was the best. …This is the definitive collection ofa voice that was silenced too early but that can still make us look at the world in new and surprising ways… Wherever he was – at home or abroad – he found the human story, brought it to vivid life, and rendered it with fierce honesty and bracing compassion. And he was just as truthful about himself. …it will be by turns hilarious, uplifting, controversial, unflinching, sad, funny and furious.” (adapted from Syndetics summary) 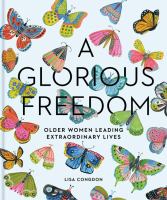 A glorious freedom : older women leading extraordinary lives / Lisa Congdon.
“The glory of growing older is the freedom to be more truly ourselves–with age we gain the liberty to pursue bold new endeavors and worry less about what other people think. In this richly illustrated volume, bestselling author and artist Lisa Congdon explores the power of women over the age of forty who are thriving and living life on their own terms. Profiles, interviews, and essays from women–including Vera Wang, Laura Ingalls Wilder, Julia Child, Cheryl Strayed, and many more–who’ve found creative fulfillment and accomplished great things in the second half of their lives are lavishly illustrated and hand-lettered in Congdon’s signature style.” (Syndetics summary)

Australian midwives / Paula Heelan.
“Sweet, funny and sometimes sad, these stories share what it is to be an Australian midwife in remote areas where resources are limited. A moving and celebratory collection of tales that brings you close to the drama and wonder of birth. Each of the thirteen midwives in this book work in extreme locations with few resources, but armed with only courage and skill, they regularly save lives and birth babies in difficult circumstances –on an airstrip, a cattle station, a dinghy (knee-deep in water with a wary eye out for the local croc), a troop-carrier or in the face of a cyclone. These stories are a tribute to both the skill of the midwives and the courage of the mothers. For these women, midwifery is not just a job – it’s a committed and passionate way of life.” (Syndetics summary)

It’s alive! : artificial intelligence from the logic piano to killer robots / Toby Walsh.
“The development of thinking machines is an adventure as bold and ambitious as any that humans have attempted. And the truth is that Artificial Intelligence is already an indispensable part of our daily lives. Without it, Google wouldn’t find out whatever you need to know. Your smartphone would be… just a phone. In countless ways AI has made the world what it is today. But where will AI technologies take us in the future? We know they will continue to change society, but how? Will AI destroy our jobs? Could it even pose an existential threat? What should we be doing now to prepare for the future?” (adapted from Syndetics summary)

Alibaba’s world : how a remarkable Chinese company is changing the face of global business / Porter Erisman.
“In September 2014, a Chinese company that most Americans had never heard of held the largest IPO in history – bigger than Google, Facebook and Twitter combined. Alibaba, now the world’s largest e-commerce company, mostly escaped Western notice for over ten years, while building a customer base more than twice the size of Amazon’s, and handling the bulk of e-commerce transactions in China. How did it happen? And what was it like to be along for such a revolutionary ride?” (adapted from Syndetics summary)

How language began : the story of humanity’s greatest invention / Daniel L. Everett.
“Mankind has a distinct advantage over other terrestrial species: we talk to one another. But how did we acquire the most advanced form of communication on Earth? Daniel L. Everett provides in this sweeping history a comprehensive examination of the evolutionary story of language, from the earliest speaking attempts by hominids to the more than seven thousand languages that exist today. Based on nearly forty years of fieldwork, Everett debunks long-held theories by some of history’s greatest thinkers, from Plato to Chomsky. The result is an invaluable study of what makes us human.” (adapted from Syndetics summary)

Christmas : a biography / Judith Flanders.
“Christmas has always been a magical time. Or has it? Thirty years after the first recorded Christmas, the Pope was already warning that too many people were spending the day, not in worship, but in partying and eating to excess. By 1616, the playwright Ben Jonson was nostalgically remembering Christmas in the old days, certain that it had been better then. Judith Flanders casts a sharp eye on myths, legends and history, deftly moving from the origins of the holiday in the Roman empire, through Christmas trees in central Europe, to what might be the first appearance of Santa Claus – in Switzerland – to draw a picture of the season as it has never been seen before.” (adapted from Syndetics summary)

Post-war childhood : growing up in the not-so-friendly “Baby Boomer” years / Simon Webb.
“Many British baby boomers are very nostalgic about a supposed golden age; a vanished world when children were generally freer, happier and healthier than they are now. They wandered about all day; only returning home at teatime when they were hungry. Simon Webb presents a ‘warts and all’ portrait of British childhood in the years following the end of the Second World War. He demonstrates that contrary to popular belief, it was by any measure a far more hazardous and less pleasant time to be a child, than is the case in the twenty-first century.” (adapted from Syndetics summary) 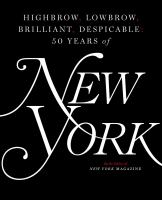 Highbrow, lowbrow, brilliant, despicable : 50 years of New York / by the editors of New York magazine ; writer & historian, Christopher Bonanos.
“The great story of New York City in the past half-century has been its near collapse and miraculous rebirth. A battered town left for dead, one that almost a million people abandoned and where those who remained had to live behind triple deadbolt locks, was reinvigorated by the twinned energies of starving artists and financial white knights. Since its founding in 1968, New York Magazine has told the story of that city’s constant morphing, week after week. Covering culture high and low, the drama and scandal of politics and finance, through jubilant moments and immense tragedies, the magazine has hit readers where they live, with a sensibility as fast and funny and urbane as New York itself.” (adapted from Syndetics summary)