Check out this variety of newly catalogued books on popular music. They include Vinyl Freak, which offers a fascinating read about love for vinyl, and two intriguing books on the year of 1967; Detroit 67 and 1967: a complete rock music history of the summer of love.

Vinyl freak : love letters to a dying medium / John Corbett.
“From scouring flea markets and eBay to maxing out their credit cards, record collectors will do just about anything to score a long-sought-after album. In Vinyl Freak , music writer, curator, and collector John Corbett burrows deep inside the record fiend’s mind, documenting and reflecting on his decades-long love affair with vinyl. Discussing more than 200 rare and out-of-print LPs, Vinyl Freak is composed in part of Corbett’s long-running DownBeat magazine column of the same name, which was devoted to records that had not appeared on CD.” (Syndetics summary)

The show that never ends : the rise and fall of prog rock / David Weigel.
“The Show That Never Ends is the definitive story of the extraordinary rise and fall of progressive (“prog”) rock. Epitomized by such classic, chart-topping bands as Yes, Genesis, Pink Floyd, Jethro Tull, and Emerson Lake & Palmer, along with such successors as Rush, Marillion, Asia, Styx, and Porcupine Tree, prog sold hundreds of millions of records. It brought into the mainstream concept albums, spaced-out cover art, crazy time signatures, multitrack recording, and stagecraft so bombastic it was spoofed in the classic movie This Is Spinal Tap.” (Syndetics summary) 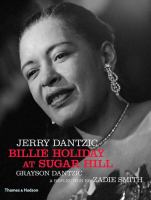 Billie Holiday at Sugar Hill / Jerry Dantzic, Grayson Dantzic ; a reflection by Zadie Smith.
“In 1957, New York photojournalist Jerry Dantzic spent time with the iconic singer Billie Holiday during a week-long run of performances at the Newark, New Jersey, nightclub Sugar Hill. The resulting images offer a rare behind-the-scenes glimpse of Billie with her family, friends, and her pet chihuahua, Pepe; playing with her godchild (son of her autobiography’s coauthor, William Dufty); washing dishes at the Duftys’ home; walking the streets of Newark; in her hotel room; waiting backstage or having a drink in front of the stage; and performing.” (Syndetics summary)

Queen of bebop : the musical lives of Sarah Vaughan / Elaine M. Hayes.
“Queen of Bebop brilliantly chronicles the life of jazz singer Sarah Vaughan, one of the most influential and innovative musicians of the twentieth century and a pioneer of women’s and civil rights. Equal parts biography, criticism, and good old-fashioned American success story, Queen of Bebop is the definitive biography of a hugely influential artist. This absorbing and sensitive treatment of a singular personality updates and corrects the historical record on Vaughan and elevates her status as a jazz great.” (Syndetics summary)

Roots, radicals and rockers : how skiffle changed the world / Billy Bragg.
“Against a backdrop of Cold War politics, rock and roll riots and a newly assertive working-class youth, Billy Bragg charts – for the first time in depth – the history, impact and legacy of Britain’s original pop movement. It’s a story of jazz pilgrims and blues blowers, Teddy Boys and beatnik girls, coffee-bar bohemians and refugees from the McCarthyite witch-hunts, who between them sparked a revolution that shaped pop culture as we have come to know it.” (Syndetics summary)

Detroit 67 : the year that changed soul / Stuart Cosgrove.
“Detroit 67 is the story of Motor City in the year that changed everything. Twelve chapters take you on a turbulent year-long journey through the drama and chaos that ripped through the city in 1967 and tore it apart in personal, political and interracial disputes. It is the story of Motown, the break-up of The Supremes and the damaging disputes at the heart of the most successful African-American music label ever.” (Syndetics summary) 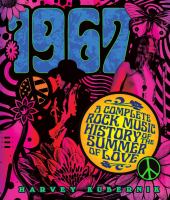 1967 : a complete rock music history of the summer of love / Harvey Kubernik.
“During late spring 1967, tens of thousands of young people began streaming into San Francisco, kicking off a counterculture revolution and cultural explosion that was the Summer of Love. Now, on the 50th anniversary of that revolutionary event, acclaimed journalist and pop culture historian Harvey Kubernik takes us on an insider’s look at the happenings in San Francisco, Los Angeles, and beyond–in the months leading up to, during, and after that seminal summer–through the lens of rock music.” (Syndetics summary)

Liner notes : on parents & children, exes & excess, death & decay, & a few of my other favorite things / Loudon Wainwright III.
“Loudon Wainwright III, the son of esteemed Life magazine columnist Loudon Wainwright, Jr., is the patriarch of one of America’s great musical families. He is the former husband of Kate McGarrigle and Suzzy Roche, and father of Rufus Wainwright, Martha Wainwright, Lucy Wainwright Roche, and Lexie Kelly Wainwright. With a career spanning more than four decades, Wainwright has established himself as one of the most enduring singer-songwriters who emerged from the late 1960s. Wainwright writes poignantly about being a son–a status that dominates many of his songs–but also about being a parent, a brother, and a grandfather. A funny and insightful meditation on family, inspiration, and art, Liner Notes will thrill fans, readers, and anyone who appreciates the intersection of music and life.” (Syndetics summary)