This month’s history picks see plenty of visits to the mid-20th Century, with Cold War heists, Italian WWII commandos, and post-war leaders rebuilding in the United Kingdom. Elsewhere, we go to the slightly more recent capture and subsequent interrogation of Saddam Hussein, and a controversial book from an Indian doctor regarding the influence of Britain in the creation of the systems that make up modern India.

The taking of K-129 : how the CIA used Howard Hughes to steal a Russian sub in the most daring covert operation in history / Josh Dean.
“An incredible true tale of espionage and engineering set at the height of the Cold War–a mix between The Hunt for Red October and Argo– about how the CIA, the U.S. Navy, and America’s most eccentric mogul spent six years and nearly a billion dollars to steal the nuclear-armed Soviet submarine K-129 after it had sunk to the bottom of the Pacific Ocean; all while the Russians were watching.” (Abridged from Syndetics summary)

The cold war : a world history / Odd Arne Westad.
“We tend to think of the Cold War as a bounded conflict: a clash of two superpowers, the United States and the Soviet Union, born out of the ashes of World War II and coming to a dramatic end with the collapse of the Soviet Union. But in this major new work, Bancroft Prize-winning scholar Odd Arne Westad argues that the Cold War must be understood as a global ideological confrontation, with early roots in the Industrial Revolution and ongoing repercussions around the world.” (Abridged from Syndetics summary)

Debriefing the president : the interrogation of Saddam Hussein / John Nixon.
“Debriefing the President presents an astounding, candid portrait of one of our era’s most notorious strongmen. Nixon, the first man to conduct a prolonged interrogation of Hussein after his capture, offers expert insight into the history and mind of America’s most enigmatic enemy. Unflinching and unprecedented, Debriefing the President exposes a fundamental misreading of one of the modern world’s most central figures and presents a new narrative that boldly counters the received account.” (Abridged from Syndetics summary)

The shortest history of Germany / James Hawes.
“Read in an afternoon. Remember for a lifetime. The West is in full retreat. Populists all over Europe cry out that immigration and globalisation are the work of a nefarious System, run by unseen masters with no national loyalties. From the Kremlin, Tsar Vladimir watches his Great Game line up, while the Baltic and Vizegrad states shiver — and everyone looks to Berlin. But are the Germans really us, or them? This question has haunted Europe ever since Julius Caesar invented the Germani in 58 BC. This fresh, illuminating and concise new history, with more than 100 maps and images, makes sense of Europe’s most admired and feared country.” (Abridged from Amazon.co.uk) 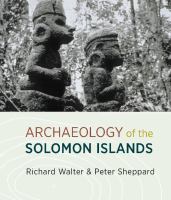 Citizen Clem : a biography of Attlee / John Bew.
“Bew’s thorough and keen examination of Attlee, the former leader of the Labour Party, illuminates how his progressive beliefs shaped his influential domestic and international policy. The Man Who Made Modern Britain explores his tenure in the years after the war, as he presided over a radical new government in an age of austerity and imperial decline. Attentive to both the man and the political landscape, this comprehensive biography provides new insight into the soul of a leader who transformed his country and by extension the vast empire over which it once ruled.” (Abridged from Syndetics summary)

As it was : growing up in Grey Lynn and Ponsonby between the wars / Russell Stone.
“A fascinating look at two of Auckland¿s most popular suburbs as they were in the 1920s and 1930s. When Russell Stone was born in 1923 life was simpler and relatively uncomplicated. But it was also harsher, with much hard physical labour for men and women alike. The memory of the Great War was still raw. And although the attitudes and practices of our colonial past were still to be seen on every hand, Auckland, just like New Zealand as a whole, was already passing over the threshold towards something quite different.” (Syndetics summary)

The making of India : the untold story of British enterprise / Kartar Lalvani.
“Dr. Kartar Lalvani controversially argues that Britain made a crucial contribution in providing India with its lasting physical and institutional infrastructure which continues to underpin the world’s largest democracy. The indisputable fact is that India as a nation, as it stands today, was originally put together and created by a small distant island nation. That India has endured as a democracy and a unified nation is thanks to the all important and fully functional infrastructure of an independent civil service and judiciary, a disciplined and apolitical army and a well drilled and efficient police force–all developed by an imperial power.” (Abridged from Syndetics summary)