Make sure to check out some newly catalogued books on movies and TV programmes. They include the colourful ‘top 100’ movie guides by Fantastic Press and the insightful guidebooks of the much-loved TV series; Game of Thrones and Orphan Black. 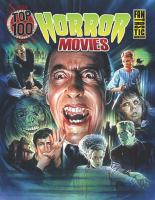 Top 100 comic book movies / written, edited and designed by Gary Gerani.
“From the classic era of super-serials like FLASH GORDON to the current blockbusters that have taken Hollywood by storm, Top 100 Comic Book Movies covers the fascinating universe of live-action theatrical adaptations of comic books and comic strips. Readers will revel in historic overviews of the greatest works of this unique genre, accompanied by dazzling photographs, full-color posters, and countless rare artifacts. Watch the patriotic ’40s give way to the campy ’60s, until the 21st Century explodes with superhero excitement on a scale never before experienced.” (Syndetics summary) 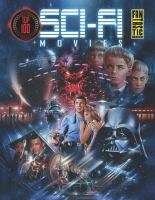 Top 100 sci-fi movies / written, edited and designed by Gary Gerani ; Ken Rubin, production coordinator.
“Fantastic Press strikes again with its second trade paperback offering, this time exploring the ultra-fanciful universe of spaceships, exotic planets, time travel, and extraterrestrials. The top 100 sci-fi movies are reviewed and ranked by fantasy screenwriter/film historian Gary Gerani, who covers everything from early silent groundbreakers like A Trip to the Moon to today’s widescreen, computer-generated blockbusters. With over 600 rare visuals, full-color layouts. and an introduction by one of Hollywood’s greatest filmmakers, this exciting new pictorial overview is the ideal companion book to 2010’s Top 100 Horror Movies.” (Syndetics summary) 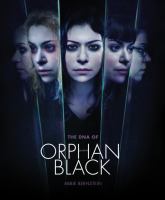 The DNA of Orphan Black / Abbie Bernstein.
“Get under the skin of clone club. This comprehensive guide to Orphan Black has an access-all-areas pass to the most innovative drama on TV. Includes interviews with the show’s creators and cast, exclusive behind-the-scenes photos, production and visual effects secrets, plus everything you need to know about the Dyad Institute, the Proletheans and Neolutionists, Projects Leda and Castor, and more. This is a must-have for all fans of Orphan Black.” (Syndetics summary)

The science of Game of thrones. / Helen Keen.
“Award-winning comedian and popular-science writer Helen Keen uncovers the astounding science behind the world’s most popular television show. Join Helen as she sifts the fact from fantasy, discovers the truth beneath the togas, and reveals a world more fantastical than Daenerys Targaryen’s wildest dreams. So pour yourself a bowl of brown, climb on your beast of burden, and prepare yourself for an amazing adventure. It’s time to see the Seven Kingdoms as you have never seen them before.” (Syndetics summary)

Makeup man : from Rocky to Star trek : the amazing creations of Hollywood’s Michael Westmore / Michael Westmore with Jake Page.
“Since 1917, there has never been a time when Westmores weren’t shaping the visages of stardom. For their century-long dedication to the art of makeup, the Westmores were honored with a star on the Hollywood Walk of Fame in 2008. In this lively memoir, Michael Westmore not only regales us with tales of Hollywood’s golden age, but also from his own career where he notably transformed Sylvester Stallone into Rocky Balboa and Robert DiNiro into Jake LaMotta, among many other makeup miracles.” (Syndetics summary)

Breaking and entering : a manual for the working actor in film, stage and TV : from auditions to agents to a career / Philip Carlson.
“Philip Carlson was the first agent to sign Phillip Seymour Hoffman, Billy Crudup, Liev Schreiber, Claire Danes, Idris Elba, Kyra Sedgwick, Adrien Grenier and Paul Giamatti. He has represented Viola Davis, Kathy Bates, Brian Dennehy, and W.H. Macy among many and gifted others. He shares his practical trade secrets in this extraordinarily comprehensive guide on how to get into show business.” (Syndetics summary)

The actor uncovered : a life in acting / Michael Howard.
“The Actor Uncovered is certainly not a set of rigid rules advocating one “method” or one singular “truth.” Departing from the common guidebook format, Michael Howard uses a unique approach to teaching acting, reflecting on his own history and sharing his own experiences as an actor, director, and teacher. How he writes about the process and craft of acting is at once intensely personal and relatable by others.” (Syndetics summary)