This month featuring rebels, outsiders, activists and the victims of prejudice and discrimination.

You play the girl : on Playboy bunnies, Stepford wives, train wrecks, and other mixed messages / Carina Chocano.
“In this smart, funny, impassioned call to arms, a pop culture critic merges memoir and commentary to explore how our culture shapes ideas about who women are, what they are meant to be, and where they belong. Who is “the girl”? Look to movies, TV shows, magazines, and ads and the message is both clear and not: she is a sexed up sidekick, a princess waiting to be saved, a morally infallible angel with no opinions of her own. She’s whatever the hero needs her to be in order to become himself. She’s an abstraction, an ideal, a standard, a mercurial phantom…” (adapted from Syndetics summary)

How to resist : turn protest to power / Matthew Bolton.
“”This extraordinary book is the roadmap for a new kind of effective activism.”‘ — Brian Eno
“This book is for people who are angry with the ways things are and want to do something about it; for people who are frustrated with the system, or worried about the direction the country is going. Maybe they’ve been on a march, posted their opinions on social media, or shouted angrily at something they’ve seen on the news but don’t feel like it’s making any difference. It is for people who want to make a change but they’re not sure how.” — Matthew Bolton” (Syndetics summary)

Galileo’s middle finger : heretics, activists, and the search for justice in science / Alice Dreger.
“An impassioned defense of intellectual freedom and a clarion call to intellectual responsibility, Galileo’s Middle Finger is one American’s eye-opening story of life in the trenches of scientific controversy. For two decades, historian Alice Dreger has led a life of extraordinary engagement, combining activist service to victims of unethical medical research with defense of scientists whose work has outraged identity politics activists. With spirit and wit, Dreger offers in Galileo’s Middle Finger an unforgettable vision of the importance of rigorous truth seeking in today’s America, where both the free press and free scholarly inquiry struggle under dire economic and political threats…” (adapted from Syndetics summary)

The rise of the outsiders : how mainstream politics lost its way / Steve Richards.
“Something strange has been happening. All over the world, people are angry and rejecting the establishment like never before. …In this landmark book, political journalist Steve Richards provides a captivating account of the defining political phenomenon of this decade. Telling the riveting story of how eccentrics, ideologues, and strong men are breaking the political rules, he asks why they’re gaining support and examines the frightening implications of this new global rise in anti-establishment sentiment. Are we approaching a new age of populism, where democracy is eroded?” (adapted from Syndetics summary)

Girl up : kick ass, claim your woman card, and crush everyday sexism / Laura Bates.
“Already an international bestseller, this empowering survival guide provides no-nonsense advice on sex, social media, mental health, and sexism that young women face in their everyday life — from one of the emerging leaders in the feminist movement.” (Amazon.com)

Kill all normies : the online culture wars from Tumblr and 4chan to the alt-right and Trump / Angela Nagle.
“Recent years have seen a revival of the heated culture wars of the 1990s, but this time its battle ground is the internet. On one side the alt right ranges from the once obscure neo-reactionary and white separatist movements, to geeky subcultures like 4chan. The feminist side of the online culture wars has its equally geeky subcultures right through to its mainstream expression. Kill All Normies explores some of the cultural genealogies and past parallels of these styles and subcultures, drawing from transgressive styles of 60s libertinism and conservative movements, to make the case for a rejection of the perpetual cultural turn.” (Syndetics summary)

Is racism an environmental threat? / Ghassan Hage.
“The ecological crisis is the most overwhelming to have ever faced humanity and its consequences permeate every domain of life. This trenchant book examines its relation to Islamophobia as the dominant form of racism today, showing how both share roots in domination, colonialism, and the logics of capitalism. Ghassan Hage proposes that both racism and humanity’s destructive relationship with the environment emanate from the same mode of inhabiting the world. The aim is to move beyond what makes us see otherness, whether human or nonhuman, as something that exists solely to be managed.” (Adapted from Syndetics summary)

Have Black lives ever mattered? / Mumia Abu-Jamal.
“In Have Black Lives Ever Mattered? Mumia gives voice to the many people of color who have fallen to police bullets or racist abuse, and offers the post-Ferguson generation advice on how to address police abuse in the United States. This collection of his radio commentaries on the topic features an in-depth essay written especially for this book to examine the history of policing in America, with its origins in the white slave patrols of the antebellum South and an explicit mission to terrorize the country’s Black population.” (adapted from Syndetics summary) 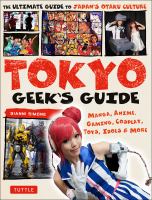 Bitch doctrine : essays for dissenting adults / Laurie Penny.
“Smart and provocative, witty and uncompromising, this collection of Laurie Penny’s celebrated essays establishes her as one of the most important and vibrant political voices of our time. Bitch Doctrine takes an unflinching look at the definitive issues of our age, from the shock of Donald Trump’s election and the victories of the far right to online harassment and the transgender rights movement. This darkly comic, often biting yet empathic, revelatory collection will inform, challenge, and engage, and give readers hope and tools for change.” (adapted from Syndetics summary)

Survivor café : the legacy of trauma and the labyrinth of memory / Elizabeth Rosner.
“Elizabeth Rosner organizes her book around three trips with her father to Buchenwald concentration camp–in 1983, in 1995, and in 2015–each journey an experience in which personal history confronts both commemoration and memorialization. She explores the echoes of similar legacies among descendants of African American slaves, descendants of Cambodian survivors of the Killing Fields, descendants of survivors of the bombing of Hiroshima and Nagasaki, and the effects of 9/11 on the general population. Examining current brain research, Rosner depicts the efforts to understand the intergenerational inheritance of trauma, as well as the intricacies of remembrance in the aftermath of atrocity.” (adapted from Syndetics summary)