This we have another exciting selection of new graphic novels, recently received into the collection.
Several biographical, science fiction, horror, and mystery graphic novels are included in this selection. Also one historical, that is highly recommended, that is Wars in the whitecloud: Wairau, 1843 by M. H. Mckinley.

California dreamin’ : Cass Elliot before the Mamas & the Papas / Pénélope Bagieu ; English translation by Nanette McGuinness.
“Before she was the legendary Mama Cass of the folk group The Mamas and the Papas, Ellen Cohen was a teen girl from Baltimore with an incredible voice, incredible confidence, and incredible dreams. At the age of nineteen, at the dawn of the sixties, Ellen left her hometown and became Cass Elliot. Cass found an unlikely group of co-conspirators, and in their short time together this bizarre and dysfunctional band recorded some of the most memorable songs of their era. Through the whirlwind of drugs, war, love, and music, Cass struggled to keep sight of her dreams, of who she loved, and most importantly who she was.” (Adapted from Syndetics summary)

Broken world / written by Frank J. Barbiere ; illustrated by Christopher Peterson.
“With a meteor days away from causing an extinction-level event on Earth, time is running out for Elena Marlowe. While most of the planet’s population and her family were approved by the government to escape on one of the giant spaceships headed to another planet, her application was denied due to her mysterious past. With time running out, Elena tries desperately to find a way to fake her way onto the last ship or else be left behind to die with the rest of Earth’s rejected denizens.” (Adapted from Syndetics summary)

The best we could do : an illustrated memoir / Thi Bui.
“The author describes her experiences as a young Vietnamese immigrant, highlighting her family’s move from their war-torn home to the United States in graphic novel format.” (Adapted from Syndetics summary) 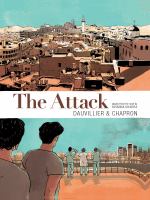 The attack / story, Loïc Dauvillier ; art & color, Glen Chapron ; adapted from the novel by Yasmina Khadra ; translator, Ivanka Hahnenberger.
“The Attack opens with Amin Jaafari, an Israeli surgeon of Palestinian origin, trying to save the casualties of a suicide bombing. A day after the deadly attack, an Israeli police officer informs Jaafari that the suicide bomber was his wife, Sihem. Believing her to be on an overnight trip, he completely refuses to accept the accusation. But then he receives a posthumous message from Sihem confirming the worst. Desperate to understand how he missed even the slightest clue, Jaafari leaves the relative security of Israel and enters the Palestinian territories to find the fanatics who recruited her.” (Adapted from Syndetics summary) 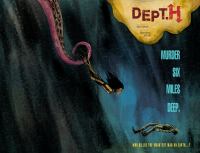 Wars in the whitecloud : Wairau, 1843 / MH McKinley.
“The New Zealand wars 1843-1847 and the Ngati Toa of the Wairau Valley, an accomplished visual treat.” (Adapted from Syndetics summary)

The Electric Sublime / written by W. Maxwell Prince ; art by Martin Morazzo.
“When a mysterious change in the composition of a famous painting begins poisoning the minds of its spectators, Margot Breslin, director of the Bureau of Artistic Integrity, must pull famed “art detective” Arthur Brut out of a mental institution and back into the insanity that sent him there in the first place.” (Adapted from Syndetics summary)

Heartthrob. Book 1, Never going back again / written by Christopher Sebela ; illustrated by Robert Wilson IV ; colored by Nick Filardi ; lettered by Crank!
“Callie was born with a bad heart. After it ruined her life, she went looking for a miracle: a heart transplant. Enter Mercer, a mystery man who gets Callie’s heart beating like crazy. As her behavior changes and their flirting deepens, Mercer reveals he’s her heart donor. Only Callie can see, speak to, and touch him and he’s in love with her, a love she feels just as strongly. A master thief when he died, Mercer offers to teach Callie his criminal ways and how to turn them against her old job and kick off a nationwide crime spree.” (Adapted from Syndetics summary)

She wolf. Volume 1 / Rich Tommaso.
“A surreal exploration in horror, the story of a teenage girl who believes she’s been bitten by a savage werewolf. She begins to experience feverish nightmares that seamlessly bleed into her everyday reality. Friends and family help to unlock the keys to her strange transformations through their own personal experiences with lycanthropy and by use of witchcraft.” (Adapted from Syndetics summary)

Gun theory / script, Daniel Way ; art, Jon Proctor.
“Everyone who’s laid eyes on Harvey is dead. That’s because Harvey is a hired killer whose victims never see him until it is too late. Through years of practice, Harvey’s appearance and demeanor have become so devoid of humanity that he has become invisible. He is unknowable and untouchable, until Harvey meets a woman who, strangely, can see him.” (Adapted from Syndetics summary)