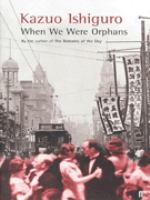 The Swedish Academy has awarded this year’s Nobel Prize for Literature to British writer Kazuo Ishiguro. Born in Japan in 1954, his family moved to Britain in 1960 and he became a British citizen in 1982. After studying English and Philosophy, he went on to study creative writing, for which his thesis became his first published novel, A Pale View of Hills, in 1982.
He has since had seven novels published and much short fiction, four screenplays and several song lyrics. His work has received many awards including the 1989 Booker Prize for The remains of the Day; this was adapted to film in 2003. His novel Never Let Me Go, published in 2005 was also adapted to film in 2010.
Kazuo Ishiguro’s most recent novel, titled The Buried Giant was published in 2015.