Unto the skies : a biography of Amy Johnson / K.A. Lalani.
“This is an extensive, fully-researched biography of Amy Johnson, Britain’s most famous aviatrix. Unto the Skies takes readers from the early days of her childhood and adolescence in Hull, through to her estrangement from her family in London, to the point where her love of flying led to the fame she later, albeit reluctantly, gained after her epic 1930 Australia flight. The story of Amy’s death is still surrounded by mystery, after she crashed into the Thames estuary and was drowned; her body was never recovered. Her story still serves as an inspiration to many, being Britain’s first qualified woman ground engineer – despite being told she would never be a flier – and completing her world-famous solo flight at the age of 26, before other setting other records.” (Publisher description)

On the Trans-Alpine trail : a travel guide to the Great Alpine Highway and the Midland Railway / Geoffrey Churchman.
“Designed for those who travel on the TranzAlpine train through the Southern Alps from Christchurch to Greymouth, and those who do the route by car or bus, this book contains general details and historic facts about each of the localities and features of interest to be seen on both railway and highway, listed in geographical order from Christchurch. Extra chapters on practicalities and stopovers round out the information, which is accompanied by 34 photos (31 in colour) and a map.” (Syndetics summary)

The Otago Central Railway : a tribute / Tony Hurst.
“A pictorial history of the spectacular Otago Central Railway that once stretched 236 km inland from Dunedin as far as Cromwell; now truncated to the 64 km as far as Middlemarch, the route of the highly popular Taieri Gorge Limited tourist excursion train. With the increasing popularity of both the Taieri Gorge Limited and the Otago Central Rail Trail walkway/cycleway which follows the old roadbed 150 km from Middlemarch to Clyde, this book has been republished so that visitors will be able to appreciate the way the railway once looked includingesphotos taken over 100 years.” (fishpond.co.nz)

Apollo 8 : the thrilling story of the first mission to the Moon / Jeffrey Kluger.
“In August 1968, NASA made a bold decision: in just sixteen weeks, the United States would launch humankind’s first flight to the moon. Only the year before, three astronauts had burned to death in their spacecraft, and since then the Apollo program had suffered one setback after another. Meanwhile, the Russians were winning the space race, the Cold War was getting hotter by the month, and President Kennedy’s promise to put a man on the moon by the end of the decade seemed sure to be broken. But when Frank Borman, Jim Lovell and Bill Anders were summoned to a secret meeting and told of the dangerous mission, they instantly signed on…” (adapted from Syndetics summary)

Alternative drivestyles : New Zealand custom-built cars / Patrick Harlow.
“A wide of standard production cars is available, but their pre-packaged looks and specifications don’t meet the needs and tastes of many car enthusiasts. This book takes a comprehensive look at cars that have been given Custom Shop treatment, and in some cases entirely scratch built in New Zealand by enterprising and dedicated car enthusiasts. It presents details with colour photos throughout a wide range of cars from exotic and lavish to the simple and racey. It includes data and descriptions for each and road test results for several.” (Syndetics summary) 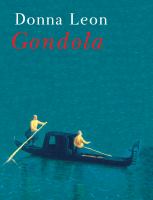 Gondola / Donna Leon.
“Of all the trademarks of Venice none is more ubiquitous than the gondola. In Gondola, Donna Leon tells its fascinating story. First used in medieval Venice as a deftly manoeuverable getaway boat, the gondola evolved over the centuries into a floating pleasure palace, bedecked in silk, that facilitated the romantic escapades of the Venetian elite. Each boat’s 280 pieces are carefully fashioned in a maestro’s workshop. …the gondola is a work of art well worth the labour. And once its arched prow pushes off from the dock, the single Venetian at its oar just might break out in a barcarole, a popular Italian boat song. The best of these songs, as timeless as the allure of the gondola itself, are compiled into an accompanying CD.” (Syndetics summary)

Chasing space : an astronaut’s story of grit, grace, and second chances / Leland Melvin.
“Leland Melvin is the only person in human history to catch a pass in the National Football League and in space. Though his path to the heavens was riddled with setbacks and injury, Leland persevered to reach the stars. While training with NASA, Melvin suffered a severe injury that left him deaf. Leland was relegated to earthbound assignments, but chose to remain and support his astronaut family. His loyalty paid off. Recovering partial hearing, he earned his eligibility for space travel.” (adapted from Syndetics summary) 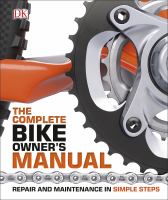 The complete bike owner’s manual / authors, Claire Beaumont, Ben Spurrier.
“This is the complete reference guide to bike servicing and repair, and an essential hardback bible for every cyclist’s bookshelf. Incredible CGI illustrations show you every aspect of bike repair and maintenance more clearly than ever before, whether you’re a mountain biker, cycling commuter, or road racer. Learn how to replace or repair a chain, correct sagging suspension, fit brake cables, service a handlebar, and much more, with incredible up-close detail helping you to get your wheels turning again.” (Syndetics summary) 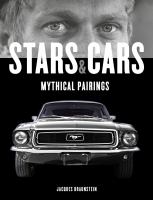 Stars & cars : mythical pairings / Jacques Braunstein.
“Stars & Cars is a celebration of the most unforgettable automotive moments in film, TV, and popular culture. Lavishly illustrated, it brings together the iconic cars that made an impact on our collective psyche, and the stars – the actors, musicians, writers, and painters – who drove, raced, collected, re-painted, crashed, or simply loved them to an obsessional degree. From James Dean and his ill-fated Porsche Spyder to the greatest Aston Martin moments in the Bond movies, from the heroic Minis in The Italian Job, to the eye-popping paint jobs on the psychedelic limos commissioned by The Beatles – all of the greatest collaborations between stars and cars are featured in the pages of this book.” (Syndetics summary)