Edmund Hillary once said that the struggle to climb a mountain is the struggle of life itself. While that’s probably true, sometimes it can be nice to avoid the mountains for a while and stay safe and warm inside where you can face those struggles in a book – or better yet, an eAudiobook from Overdrive! From Carrie Fisher’s battle with electro-convulsive shock therapy to Yanis Varoufakis’ conflict with the European Union, there’s enough struggle – and success – here to keep even the hardiest mountaineers happy! 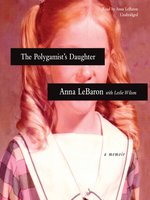 The Polygamist’s Daughter, by Anna LeBaron
“My father had more than fifty children. So begins the haunting memoir of Anna LeBaron, daughter of the notorious polygamist and murderer Ervil LeBaron. With her father wanted by the FBI for killing anyone who tried to leave his cult―a radical branch of Mormonism―Anna and her siblings were constantly on the run. Anna escaped when she was thirteen—but the nightmare was far from over.” (Adapted from the Overdrive description.) 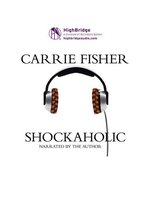 Shockaholic, by Carrie Fisher
“Bad news for anyone who thought Carrie Fisher had finally stopped talking about herself: sorry, but it appears she has yet another brand-new problem to overshare about. This time, the electro-convulsive shock therapy she’s been regularly undergoing. But before she can truly commit herself to it in the long term, she’d better get some of those more nagging memories of hers on paper.” (Adapted from the Overdrive description.) 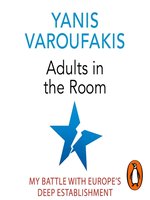 Adults In the Room, by Yanis Varoufakis
“Economist Yanis Varoufakis blows the lid on Europe’s hidden agenda and exposes what actually goes on in its corridors of power. Varoufakis sparked one of the most spectacular and controversial battles in recent political history when, as finance minister of Greece, he attempted to re-negotiate his country’s relationship with the EU. Despite mass support, he succeeded only in provoking the fury of Europe’s elite. The true story of what happened is almost entirely unknown…” (Adapted from the Overdrive description.) 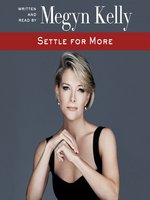 Settle for More, by Megyn Kelly
“Anchor of the number one news show on cable, The Kelly File, Fox News Channel’s Megyn Kelly writes her much anticipated book, a revealing and surprising memoir detailing her rise as one of the most respected journalists working today. From the values and lessons that have shaped her career, to her time at the centre of the chaotic 2016 Republican presidential primary, this book offers an inside look at an uncompromising woman’s journey to the top of the news business.” (Adapted from the Overdrive description.) 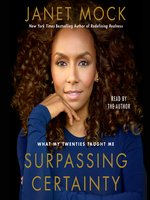 Surpassing Certainty, by Janet Mock
“The journey begins a few months before her twentieth birthday. Janet Mock is adjusting to her days as a first-generation college student and her nights as a dancer at a strip club. Fuelled by her dreams and inimitable drive, Janet makes her way through New York City while holding her truth close. She builds a career within the unique context of being trans, a woman and a person of colour.” (Adapted from the Overdrive description.) 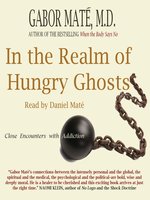 In the Realm of Hungry Ghosts, by Gabor Maté
“Starting with a close view of his drug addicted patients, Dr. Maté looks at his own history of compulsive behaviour, weaving a story of real people who struggle with addiction with the latest research on addiction and the brain. A bold synthesis of clinical experience, insight and cutting edge findings, Dr. Maté sheds light on this most puzzling of human frailties.” (Adapted from the Overdrive description.) 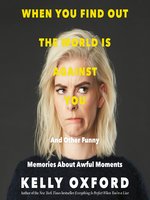 When You Find Out the World Is Against You, by Kelly Oxford
“The famed internet personality—named one of Rolling Stone’s Funniest People on Twitter and creator of the viral #notokay for women to share their stories of sexual assault—turns her laser-like wit to anxiety, parenthood (or “the sheer insanity of being in charge of the safety and livelihood of three people besides myself”) and more in this razor sharp essay collection.” (Adapted from the Overdrive description.) 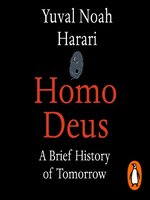 Homo Deus, by Yuval Noah Harari
“Homo Deus explores the projects, dreams and nightmares that will shape the twenty-first century – from overcoming death to creating artificial life. It asks the fundamental questions: where do we go from here? And how will we protect this fragile world from our own destructive powers? This is the next stage of evolution. This is Homo Deus.” (Adapted from the Overdrive description.) 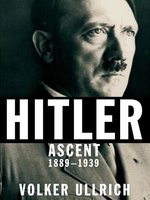 Hitler, by Volker Ullrich
“For all the literature about Adolf Hitler there have been just four seminal biographies; this is the fifth, a landmark work that sheds important new light on Hitler himself. Drawing on previously unseen papers and a wealth of recent scholarly research, Volker Ullrich reveals the man behind the public persona.” (Adapted from the Overdrive description.) 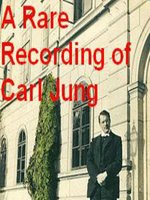 A Rare Recording of Carl Jung, by Carl Jung
“Hear seven minutes of a 1959 interview with Swiss psychiatrist Carl Jung on the BBC program, “Face to Face,” hosted by John Freeman. This probing interview with Jung, considered the world’s greatest psychiatrist, provides a rare glimpse into his personal viewpoints and sheds insight into his pioneering work.” (Adapted from the Overdrive description.)