We have received a wide variety of new books on movies and TV programmes, including beautifully designed visual guidebooks for Rogue One, The Jungle Book and Fantastic Beasts and Where to Find Them. Must-read titles are the biography of much-missed actress Carrie Fisher, as well as a history of Wellington’s iconic theatre BATS by Ken Duncum and Rebecca Rodden.

Bats plays / Ken Duncum & Rebecca Rodden.
“Six seminal plays from Ken Duncum and Rebecca Rodden, whose playwriting partnership powered the vibrant theatre scene round Wellington’s BATS Theatre in the 1980s and 90s. Boldly inventive, darkly comic and ceaselessly imaginative, the plays collected here present a chilling one-woman vision of alienation (Polythene Pam); the comic and tragic impossibility of human connection (Truelove); an irresponsible punk couple horrified to find they’ve become parents to the Messiah (Flybaby); conjoined twins plunged into an off-kilter world of rampant advertising, animal terrorism and a perfume made from monkey semen (cult-classic JISM); a real-life 20th-century martyr tested to his limits in the afterlife by a vengeful gang of defrocked saints (The Temptations of St Max); and the not-so-quiet desperation of a fearful hoarder fighting to survive the night hours (Panic!). Supporting the plays are introductions and selected images from the writers and other BATS practitioners which vividly recapture a crucial time and place in New Zealand’s theatre history.” (Syndetics summary)

The princess diarist / Carrie Fisher.
“With these excerpts from her handwritten notebooks, The Princess Diarist is Fisher’s intimate and revealing recollection of what happened on one of the most famous film sets of all time–and what developed behind the scenes. Fisher also ponders the joys and insanity of celebrity, and the absurdity of a life spawned by Hollywood royalty, only to be surpassed by her own outer-space royalty. Laugh-out-loud hilarious and endlessly quotable, The Princess Diarist brims with the candor and introspection of a diary while offering shrewd insight into the type of stardom that few will ever experience.” (Syndetics summary) 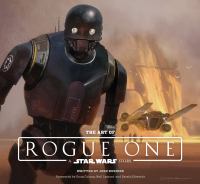 The art of Rogue One, a Star Wars story / written by Josh Kushins ; forewords by Doug Chiang, Neil Lamont, and Gareth Edwards.
“This book is a visual chronicle of the Lucasfilm art department’s creation of new worlds, unforgettable characters, and newly imagined droids, vehicles, and weapons for the first movie in the Star Wars Story series — Rogue One: A Star Wars Story. In the same format and style as Abrams’ The Art of Star Wars: The Force Awakens, the book gives readers unprecedented access to hundreds of concept paintings, sketches, storyboards, matte paintings, and character, costume, and vehicle designs.” (Adapted from Syndetics summary) 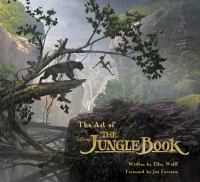 The art of The jungle book / written by Ellen Wolff ; foreword by Jon Favreau.
“Beautifully designed and packed with behind-the-scenes details, The Art of The Jungle Book provides an in-depth look at Disney’s latest film. In this finely crafted book, dazzling concept art, behind-the-scenes photography, CG designs, and more come together to highlight the visual spectacle of the film. Delving into the film’s interpretation of iconic Jungle Book elements, from beloved characters such as Baloo and Bagheera to the jungle itself, the book features full-color images and gorgeous double-page spreads to illustrate the magic behind the art of the film.” (Syndetics summary) 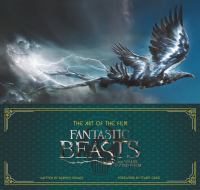 Fantastic beasts and where to find them : the art of the film / Dermot Power ; foreword by Stuart Craig.
“The Art of Fantastic Beasts and Where to Find Them, edited by Dermot Power, concept artist on the film, takes you on a magical journey through a design process every bit as wonderful as that encountered by Newt Scamander in the wizarding world. Bursting with hundreds of production paintings, concept sketches, storyboards, blueprints and matte paintings, and filled with unique insights about the filmmaking journey from Stuart Craig and the artists themselves, this superb book – officially licensed by Warner Bros. Consumer Products – presents a visual feast for readers, and will welcome fans of Harry Potter films into the world of Fantastic Beasts and Where to Find Them.” (Syndetics summary)

Born a crime : stories from a South African childhood / Trevor Noah.
“Trevor Noah’s unlikely path from apartheid South Africa to the desk of The Daily Show began with a criminal act: his birth. Trevor was born to a white Swiss father and a black Xhosa mother at a time when such a union was punishable by five years in prison. Living proof of his parents’ indiscretion, Trevor was kept mostly indoors for the earliest years of his life, bound by the extreme and often absurd measures his mother took to hide him from a government that could, at any moment, steal him away. Finally liberated by the end of South Africa’s tyrannical white rule, Trevor and his mother set forth on a grand adventure, living openly and freely and embracing the opportunities won by a centuries-long struggle.” (Adapted from Syndetics summary) 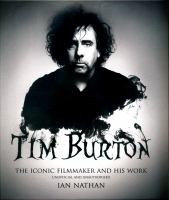 Tim Burton : the iconic filmmaker and his work / Ian Nathan.
“Tim Burton is one of the most popular and remarkable filmmakers of the last 30 years, being responsible for such films as Edward Scissorhands, The Nightmare Before Christmas, Corpse Bride and Alice in Wonderland. He is famed for the visually arresting style of his films that combine with highly original storylines. A truly international filmmaker, Tim Burton has carved a reputation as one of the world’s greatest creative directors. This stunning treasury explores the influences on his development as a filmmaker and assesses how he has captured the fruits of his imagination on screen.” (Adapted from Syndetics summary)

George Lucas : a life / Brian Jay Jones.
“On May 25, 1977, a problem-plagued, budget-straining independent science-fiction film opened in a mere thirty-two American movie theaters. Conceived, written, and directed by a little-known filmmaker named George Lucas, the movie originally called The Star Wars quickly drew blocks-long lines, bursting box-office records and ushering in a new way for movies to be made, marketed, and merchandised. It is now one of the most adored-and successful-movie franchises of all time. Now, the author of the bestselling biography Jim Henson delivers a long-awaited, revelatory look into the life and times of the man who created Luke Skywalker, Han Solo, and Indiana Jones.” (Syndetics summary)

I loved her in the movies : memories of Hollywood’s legendary actresses / Robert J. Wagner with Scott Eyman.
“In a career that has spanned more than sixty years Robert Wagner has witnessed the twilight of the Golden Age of Hollywood and the rise of television, becoming a beloved star in both media. During that time he became acquainted, both professionally and socially, with the remarkable women who were the greatest screen personalities of their day. Monroe, Gloria Swanson, Norma Shearer, Loretta Young, Joan Blondell, Irene Dunne, Rosalind Russell, Dorothy Lamour, Debra Paget, Jean Peters, Linda Darnell, Betty Hutton, Raquel Welch, Glenn Close, and the two women whom he ultimately married, Natalie Wood and Jill St. John.” (adapted from the book jacket)

Television : a biography / David Thomson.
“In just a few years, what used to be an immobile piece of living room furniture, which one had to sit in front of at appointed times in order to watch sponsored programming on a finite number of channels, morphed into a glowing cloud of screens with access to a near-endless supply of content available when and how viewers want it. With this phenomenon now a common cultural theme, a writer of David Thomson’s stature delivering a critical history, or “biography” of the six-decade television era, will be a significant event which could not be more timely. With Television, the critic and film historian who wrote what Sight and Sound’s readers called “the most important film book of the last 50 years” has finally turned his unique powers of observation to the medium that has swallowed film whole.” (Syndetics summary)

The platinum age of television : from I love Lucy to The walking dead, how TV became terrific / David Bianculli.
“Television shows have now eclipsed films as the premier form of visual narrative art of our time. This new book by one of our finest critics explains–historically, in depth, and with interviews with the celebrated creators themselves–how the art of must-see/binge-watch television evolved. Television has triumphantly come of age artistically; David Bianculli’s book is the first to date to examine, in depth and in detail and with a keen critical and historical sense, how this inspiring development came about.” (Syndetics summary)