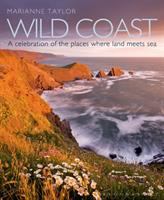 Wild coast : a celebration of the places where land meets sea / Marianne Taylor.
“This book is a celebration of the wildlife and landscapes of Britain’s coastline. Sheer limestone crags resound with the voices of thousands of bickering seabirds; endless acres of estuarine mud are packed with squirming invertebrates that sustain thousands of wading birds. In between are the dazzling chalk outcrops of the south coast with glorious floral communities on the clifftop meadows, shingle beaches where terns and plovers hide their eggs among the stones, and dune systems bound together with marram grass and supporting a unique and fragile ecosystem. Beautifully illustrated with colour photographs and authoritative text, this book is a celebration of the wilder aspects of the UK’s coasts.” (Syndetics summary)

Voices in the ocean : a journey into the wild and haunting world of dolphins / Susan Casey.
“While swimming off the coast of Maui, Susan Casey was surrounded by a pod of spinner dolphins. It was a profoundly transporting experience, and it inspired her to embark on a two-year global adventure to explore the nature of these remarkable beings and their complex relationship to humanity. Casey ends her narrative on the island of Crete, where millennia-old frescoes and artwork document the great Minoan civilization, a culture which lived in harmony with dolphins, and whose example shows the way to a more enlightened coexistence with the natural world.” (Syndetics summary) 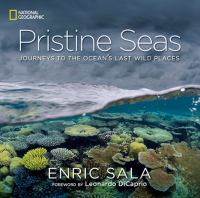 Pristine seas : journeys to the ocean’s last wild places / Enric Sala ; foreword by Leonardo DiCaprio.
“National Geographic Explorer-in-Residence Enric Sala takes readers on an unforgettable journey to 10 places where the ocean is virtually untouched by man, offering a fascinating glimpse into our past and an inspiring vision for the future. Showcasing 10 of his designated pristine locations, this book will unveil the greatest discoveries from Sala and his team’s expeditions and research. It is a beautiful reminder of what we have to gain by protecting our seas.” (Syndetics summary)

Deep life : the hunt for the hidden biology of Earth, Mars, and beyond / Tullis C. Onstott.
“Deep Life takes readers to uncharted regions deep beneath Earth’s crust in search of life in extreme environments and reveals how astonishing new discoveries by geomicrobiologists are helping the quest to find life in the solar system. Geoscientist Tullis Onstott provides an insider’s look at the pioneering fieldwork that is shining vital new light on Earth’s hidden biology–a thriving subterranean biosphere that scientists once thought to be impossible. This unforgettable book takes you to the absolute limits of life–the biotic fringe–where today’s scientists hope to discover the very origins of life itself.” (Syndetics summary) 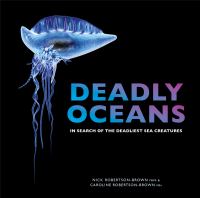 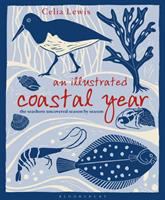 An illustrated coastal year : the seashore uncovered season by season / Celia Lewis
“An amusing and informative anthology of coastal wildlife through the year.” (Syndetics summary)

Of orcas and men : what killer whales can teach us / David Neiwert.
“A revelatory history of orcas evaluates them as one of the planet’s most intelligent animals, challenging beliefs about their “killer” natures while citing the threats to their populations.” (Syndetics summary)