Strange disruptions haunt this month’s new eBook fiction from Overdrive. Nightmares come to life in Samanta Schweblin’s Fever Dream. Disturbing images appear on rented videotapes in John Darnielle’s Universal Harvester. And in the Booker-nominated A General Theory of Oblivion, a woman bricks herself into her apartment, where she will stay for the next thirty years.

If you, too, are planning to seal yourself up for awhile, make sure you borrow some eBooks first – starting by signing in here to Wellington City Libraries! 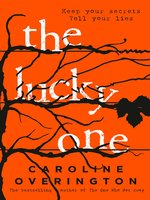 The Lucky One, by Caroline Overington
“For more than 150 years, a grand house known as Alden Castle has stood proudly in the hills above Paso Robles, home to a family weighed down by secrets and debt. When the castle is sold, billionaire developers move in, only to discover one skeleton after another, including a fresh corpse, rotting in the old family cemetery. As three generations of the well-respected Alden-Stowe family come in for scrutiny, detectives will discover a twisted web of rivalries, alliances, deceit and treachery.” (Adapted from the Overdrive description.) 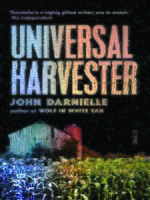 Universal Harvester, by John Darnielle
“Jeremy works at the counter of Video Hut in Nevada, Iowa. It’s the 1990s, pre-DVD, and the work is predictable and familiar. But when a local schoolteacher comes in to return her copy of Targets, she has an odd complaint: ‘There’s something on it,’ she says. Curious, Jeremy takes a look. And what he sees on the video is so strange and disturbing that it propels him into a search for the tape’s creator…” (Adapted from the Overdrive description.) 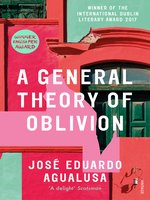 A General Theory of Oblivion, by José Eduardo Agualusa
“On the eve of Angolan independence, Ludo bricks herself into her apartment, where she will remain for the next thirty years. She lives off vegetables and pigeons, burns her furniture and books to stay alive and keeps herself busy by writing her story on the walls of her home. Then one day she meets Sabalu, a young boy from the street who climbs up to her terrace…” (Adapted from the Overdrive description.) 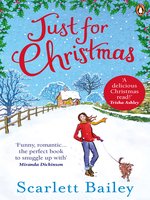 Just for Christmas, by Scarlett Bailey
“When Alex Munro learns the love of her life is getting married to another girl, all she wants is to be alone. Moving to a Cornish cottage, Alex finds that her new neighbours are determined to involve her in their madcap Christmas festivities. Then she meets her sexy neighbour Ruan – and somehow Alex doesn’t want to be alone this Christmas after all.” (Adapted from the Overdrive description.) 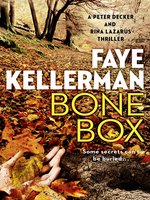 Bone Box, by Faye Kellerman
“On a crisp September morning, Rina Decker stumbles upon unearthed human remains. She calls her husband, Peter Decker, a former detective lieutenant with LAPD. Within hours, a woodland is transformed into a crime scene. And when more human remains are found, Decker knows this isn’t just a one-off murder case. Winding his way through a labyrinth of suspects, he races to protect their community from a psychopathic killer on the hunt for a fresh victim.” (Adapted from the Overdrive description.) 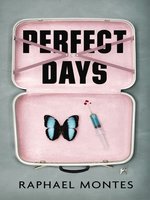 Perfect Days, by Alison Entrekin
“Teo meets Clarice at a party. Teo doesn’t really like people, but he immediately realises that he and Clarice are meant to be together. And if Clarice doesn’t accept that? Well, they just need to spend some time together. And yes, he has taken her prisoner and yes, he is lying to her mother, but it’s all for her own good. She’ll understand. She’ll fall in love. She’ll settle down and be his loving wife. Won’t she?” (Adapted from the Overdrive description.) 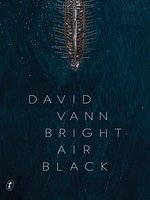 Bright Air Black, by David Vann
“It is 13th century B.C. and aboard the ship Argo, Jason and the Argonauts make their return journey across the Black Sea in possession of the Golden Fleece. David Vann, in brilliant poetic prose, tells their story through the eyes of Medea, a woman often cast as sorceress and monster – and one of Greek mythology’s most fascinating figures.” (Adapted from the Overdrive description.) 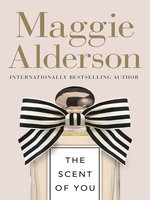 The Scent of You, by Maggie Alderson
“Polly’s life is great. Her children are away at uni, her mother is happily settled in a retirement village and her perfume blog is taking off. Then her husband announces he needs some space and promptly vanishes. As Polly grapples with her bewildering situation, she clings to a few new friends to keep her going. And while she distracts herself with the heady world of perfume, she knows she can’t keep reality at bay forever…” (Adapted from the Overdrive description.) 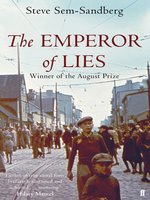 The Emperor of Lies, by Steve Sem-Sandberg
“In February 1940, the Nazis established what would become the second largest Jewish ghetto in the Polish city of Lódz. Its chosen leader: Mordechai Chaim Rumkowski, a sixty-three-year-old Jewish orphanage director. The Emperor of Lies chronicles the tale of Rumkowski’s monarchical rule. Was he a ruthless opportunist, or a pragmatic strategist who managed to save Jewish lives?” (Adapted from the Overdrive description.) 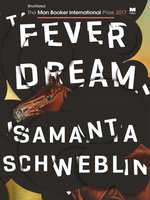 Fever Dream, by Samanta Schweblin
“A young woman named Amanda lies dying in a rural hospital clinic. A boy named David sits beside her. She’s not his mother. He’s not her child. Together, they tell a haunting story of broken souls, toxins and the power and desperation of family. Fever Dream is a nightmare come to life, a ghost story for the real world, a love story and a cautionary tale.” (Adapted from the Overdrive description.)