Do you ever wonder about your neighbours? Sure, they look normal, but everyone’s got a secret or two. Several of this month’s new releases on Overdrive address this very question, including Marina Lewycka‘s latest novel, The Lubetkin Legacy. Add in great new crime fiction set in Belfast and Detroit, and you’ll have enough mystery to keep the whole street guessing! 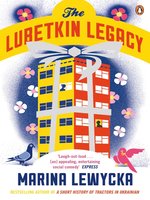 The Lubetkin Legacy, by Marina Lewycka
“North London in the twenty-first century: a place where a son will adopt an old lady to impersonate his departed mother, rather than lose the council flat. A time of golden job opportunities, though you might have to dress up as a coffee bean or work as an intern at an undertaker. A place rich in language – whether it’s Romanian, Russian or buxom housing officers talking managementese. Marina Lewycka is back in this hilarious, farcical, tender novel of modern issues and manners.” (Adapted from the Overdrive description.) 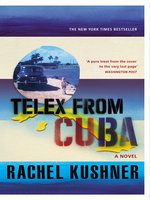 Telex from Cuba, by Rachel Kushner
“Fidel and Raúl Castro are in the hills, descending only to burn sugarcane plantations and recruit rebels. Rachel K. is in Havana’s Cabaret Tokio, entangled with a French agitator trying to escape his shameful past. Everly and K.C. are growing up in the dying days of a crumbling American colony, about to discover the cruelty and violence that have created their childhood idyll.” (Adapted from the Overdrive description.) 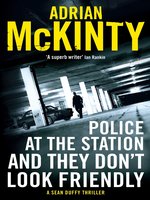 Police at the Station and They Don’t Look Friendly, by Adrian McKinty
“Belfast 1988: a man has been shot in the back with an arrow. It ain’t Injuns and it isn’t Robin Hood. But uncovering exactly who has done it will take Detective Inspector Sean Duffy down his most dangerous road yet, a road that leads to a lonely clearing on the high bog where three masked gunmen will force Duffy to dig his own grave.” (Adapted from the Overdrive description.) 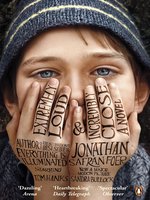 Extremely Loud and Incredibly Close, by Jonathan Safran Foer
“Nine-year-old Oskar Schell is an inventor, amateur entomologist, Francophile, letter writer, pacifist, natural historian, percussionist, romantic, Great Explorer, jeweller, detective, vegan and collector of butterflies. When his father is killed in the September 11th attacks, Oskar sets out to solve the mystery of a key he discovers in his father’s closet. It is a search that will lead him through New York, history and himself towards some kind of peace.” (Adapted from the Overdrive description.) 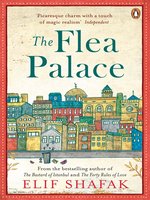 The Flea Palace, by Elif Shafak
“Bonbon Palace was once a stately apartment block in Istanbul. Now it is a dilapidated home to ten wildly different individuals. There’s a womanising, hard-drinking academic with a penchant for philosophy; a ‘clean freak’ and her lice-ridden daughter; a lapsed Jew in search of true love; and a charmingly naïve mistress. When the garbage at Bonbon Palace is stolen, a mysterious sequence of events unfolds that result in a soul-searching quest for truth.” (Adapted from the Overdrive description.) 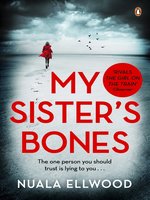 My Sister’s Bones, by Nuala Ellwood
“Kate Rafter is a high-flying war reporter. She’s the strong one. The one who escaped Herne Bay and their father. Her sister Sally didn’t. Instead, she drinks. But when their mother dies, Kate is forced to return to the old family home. And on her first night she is woken by a terrifying scream. What secret has Kate stumbled upon? And is she strong enough to uncover the truth . . . and make it out alive?” (Adapted from the Overdrive description.) 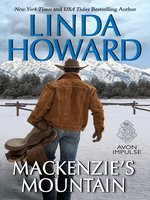 Mackenzie’s Mountain, by Linda Howard
“Mary Elizabeth Potter is a self-appointed spinster with no illusions about love. When she meets Wolf Mackenzie, a man with a chip on his shoulder the size of Wyoming, she sets out to convince the whole town he’s a man worth loving. But Wolf’s not sure he’s ready for the taming of Wolf Mackenzie.” (Adapted from the Overdrive description.) 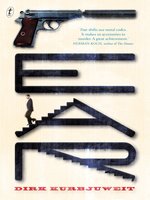 Fear, by Dirk Kurbjuweit
“Randolph insists he had a normal childhood, though his father kept thirty loaded guns in the house. Now he has an attractive, intelligent wife and two children, enjoys modest success and has just moved into a beautiful flat in a respectable part of Berlin. Life seems perfect—until his wife, Rebecca, meets the man living in the basement below. Their downstairs neighbour is friendly at first, but soon he starts to frighten them—and when Randolph fails to act, the situation quickly spins out of control.” (Adapted from the Overdrive description.) 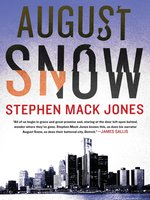 August Snow, by Stephen Mack Jones
“Tough, smart, and struggling to stay afloat, former detective August Snow is the embodiment of Detroit. It’s not long before he’s summoned to the home of business magnate Eleanore Paget, who wants August to investigate the increasingly unusual happenings at her private wealth management bank. August declines, and a day later, Paget is dead. What begins as an inquiry into Paget’s death soon drags August into a rat’s nest of Detroit’s most dangerous criminals.” (Adapted from the Overdrive description.) 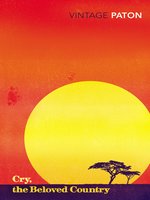